The carrot is a root vegetable, usually orange in color, though purple, black, red, white and yellow cultivars exist. Carrots are a domesticated form of the wild carrot, Daucus carota, which is native to Europe and southwestern Asia. Take a look below for 28 more fun and interesting facts about carrots.

1. The carrot plant probably originated in Persia and was originally cultivated for its leaves and seeds.

2. The most commonly eaten part of the carrot is the taproot, although the greens are sometimes eaten as well.

4. The carrot is a biennial plant in the umbellifer family Apiaceae. At first, it grows a rosette of leaves while building up the enlarged taproot. 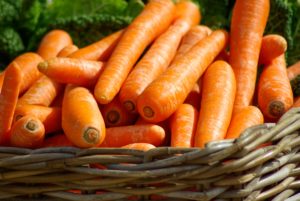 6. The roots of a carrot contain high quantities of alpha and beta carotene, and are a good source of vitamin K and vitamin B6, but the belief that eating carrots improves vision is a myth put forward by the British in World War II to mislead the enemy about their military capabilities.

7. Romans and Ancient Greeks believed carrots to be an aphrodisiac.

8. Caligula held a banquet of carrots for his Senate and served only dishes made of carrots in the hope that it would make them, “rut like wild beasts.”

9. Carrots were not orange until the Dutch worked to cultivate the strain for the ruling House of Orange.

11. Carrots were first grown as a medicine and not a food. 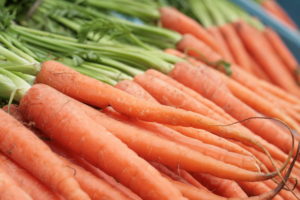 13. Eating too many carrots can lead to a condition called carotenemia, causing the skin to turn yellowish orange.

14. The cultivated carrot first appeared in Britain in the 1400s, but the Romans brought wild carrots in the second century.

16. Carrots are one of the ten most economically important vegetable crops in the world.

18. Carrots can be stored for several months in the refrigerator or over the winter in a moist, cool place. 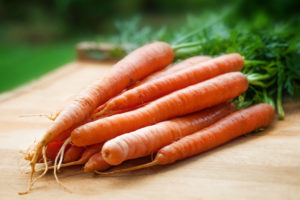 19. For long term storage, unwashed carrots can be placed in a bucket between layers of sand, a 50/50 mix of sand and wood shavings, or in soil.

20. The word “carrot” is first recorded in English circa 1530 and was borrowed from Middle French “carotte”, itself from Late Latin “carota”, from Greek “karoton”, originally from the Indo-European root “ker” meaning “horn”, due to its horn-like shape.

23. The average person eats 17 pounds of carrots per year.

24. Most baby-cut carrots are made from large carrots that have been peeled and trimmed. The trimmings are used in salad mixes, juices, and other carrot products.

25. The carrot was one of the first vegetables to be canned in the early 1800s. 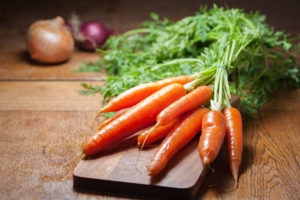 26. Carrots are used in Carrot Cake because during the Medieval period, sweeteners were scarce and expensive, and carrots contain more sugar than any other vegetable besides the sugar beet.

27. In the 1970s, Basil Brown, a healthy food advocate from England, drank himself to death by consuming 10 gallons, or 38 liters, of carrot juice in 10 day, causing him to overdose on vitamin A.

28. Carrots are sweeter in the winter. Sugar acts as a natural anti-freeze and can lower the freezing point of water. Carrots increase their sugar content to defend against cold weather. 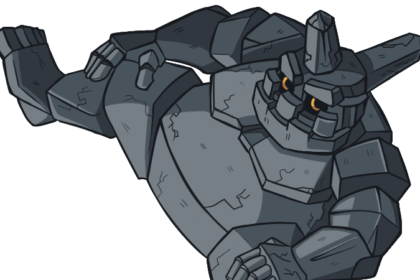 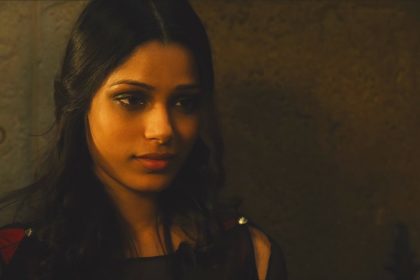 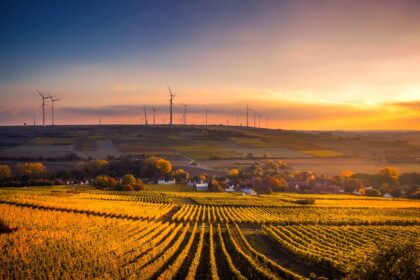