Floette is a Fairy-type Pokémon introduced in Generation VI. It evolves from Flabébé starting at level 19 and evolves into Florges when exposed to a Shiny Stone. Its flower can come in five different colors.

It has an unreleased alternate form called the Eternal Flower Floette. Take a look below for 25 amazing and fun facts about Floette.

1. Floette is a small Pokemon with a white upper body and a green lower body.

2. Its eyes are black with a green, plant-like extension over each similar to eyelashes.

3. It has long, notched ears with a yellow ring around the base of each.

4. Its tail is spade-shaped, and it has thin arms with mitten-like hands.

5. It is a female-only species with no male counterpart.

6. Floette also holds a flower with five rounded petals that can be red, yellow, orange, blue, or white.

7. The flower has three yellow stamens and a long green stem with a single leaf.

9. It flutters around and cares for flowers by giving its own power to them.

10. If the flowers of a well-tended flower bed bloom, Floette celebrates with an elegant dance. However, it will never forgive anyone who tramples a flowerbed.

11. The Eternal Flower Floette, the Floette that befriended AZ, is different from a normal Floette.

12. Its tail and eyebrows are blue and the rings around its ears are red.

13. Its flower is different as well and no longer blooms anywhere.

15. The stem is red and leafless, and stigma is black and conical.

16. The flower’s underside is black and the top of the three big petals are patterned red and black.

18. The Eternal Flower Floette is the only known Pokémon capable of knowing Light of Ruin.

19. In the Battle Chateau, Baroness Francine’s Flabébé uses the cry of Floette.

21. Floette appears to be based on fairies and nymphs, such as Chloris and Antheia. Its flower seems to resemble a parasol.

22. Floette may be a combination of flower and floret. It may also contain the suffix -ette, a French diminutive.

23. Blue Flower Floette debuted in Defending the Homeland!, where she was the daughter of a Florges that conquered the wetlands Ash’s Goodra lived in. She reappeared in Beyond the Rainbow!, Master Class is in Session!, Performing a Pathway to the Future!, Facing the Needs of the Many!, and Till We Compete Again!.

25. Multiple Red Flower and Yellow Flower Floette debuted in the opening sequence of Diancie and the Cocoon of Destruction. 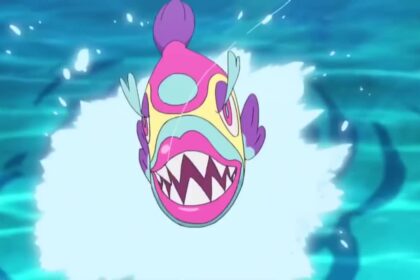 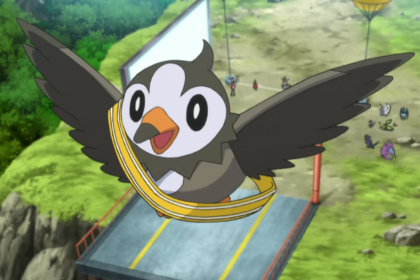 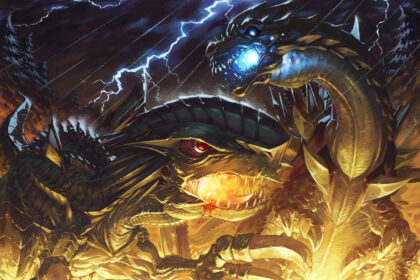