2. Azusa is located along historic Route 66, which passes through the city on Foothill Boulevard and Alosta Avenue.

5. It appears to have been derived from the Tongva place name Asuksa-nga.

6. The area was part of the Tongva peoples’ (Gabrieleño Indians) homeland since at least 55 BC.

7. A backronym, “Azusa stands for everything from A to Z in the U.S.A.”, has been a phrase used to promote the city by organisations such as the Chamber of Commerce for many years.

8. The first Mexican settlement in Azusa was at the Rancho el Susa in 1841, a Mexican land grant from the Alta California Governor Juan Bautista Alvarado to Luis Arenas. In 1844, Arenas sold the rancho’s land to Henry Dalton, an English immigrant and wealthy merchant from the Pueblo of Los Angeles, for $7,000.

9. He renamed it Rancho Azusa de Dalton, and had built a winery, distillery, vinegar house, meat smokehouse, and flour mill. Also, a vineyard was planted. Dalton built a house here on a place known as Dalton Hill, near 6th Street and Cerritos Avenue in Azusa.

11. In the end, Dalton owned an unbroken expanse of land from present-day San Dimas to the eastern edge of Pasadena. A portion of Azusa west of the San Gabriel River was within adjacent Rancho Azusa de Duarte.

12. With the cession of California to the United States following the Mexican–American War, the 1848 Treaty of Guadalupe Hidalgo provided that the land grants would be honored.

13. As required by the Land Act of 1851, a claim for Rancho San Francisquito was filed with the Public Land Commission in 1852 and confirmed by the Commission in 1853, but rejected by the US District Court in 1855, on the grounds that Henry Dalton was not, at the time of the grant, a citizen of Mexico.

14. The decree was reversed by the US Supreme Court, and the grant was patented to Henry Dalton in 1867.

16. There were a few corrections to cross out the San Jose name on most of the census pages, but this was done sporadically and there remain many index errors in the online census due to these errors.

17. Dalton had borrowed money from Los Angeles banker Jonathan S. Slauson to fund 24 years of litigation, and had to sign the land over to him in 1880. Slauson laid out the plan for the city in 1887 and the city was officially incorporated in 1898.

18. The completion of the Los Angeles and San Gabriel Valley Railroad in January 1887, later sold to the Santa Fe railroad, brought new people looking for homes and investment opportunities in Azusa.

19. The Gold Line Foothill light rail line is being built on the old rail right-of-way. Part of this land boom was the short-lived (1887–1905) town of Gladstone, now part of Azusa.

20. A popular running gag on the long-running radio comedy The Jack Benny Program involved a character voiced by Mel Blanc announcing the arrival or departure of a train to or from “Anaheim, Azusa, and Cuc-a-monga,” all three then being small towns without rail service.

21. The city’s name appeared in the title of the Jan and Dean song “Anaheim, Azusa, & Cucamonga Sewing Circle, Book Review and Timing Association” in 1964.

22. In 1971 Life magazine ran a cover story on teen pregnancy featuring a unique program for pregnant high school teens. The story focused on teenage mothers attending Citrus High School in Azusa. At a time when many pregnant teens were shunned by their schools and families, Citrus High School sought to help the teen mothers continue their studies while pregnant.

23. In Hold Back the Dawn (1941), Emmy Brown (Olivia de Havilland), a schoolmarm from Azusa, recites the claim that it “stands for everything from A to Z in the U.S.A.” The same happens in A Woman’s Secret (1949), with Susan Caldwell (Gloria Grahame), born and raised in Azusa, describing the town’s name as “kind of a made-up name”. 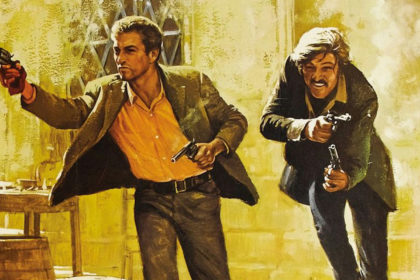 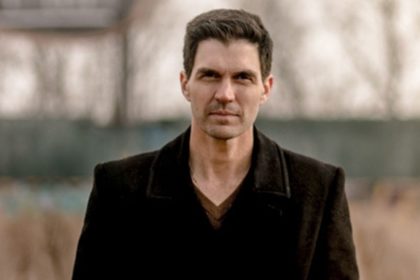