Roggenrola is a Rock type Pokemon introduced in Generation V. It evolves into Boldore starting at level 25, which evolves into Gigalith when traded. Take a look below for 24 fascinating and amazing facts about Roggenrola.

1. Roggenrola is a roughly spherical Pokemon discovered a century ago in an earthquake fissure.

2. Its body is blue and covered in large, smooth facets.

3. It has a hexagonal, yellow artifice in the center of its body, leading to a hexagonal opening that functions as an ear.

4. Roggenrola has a brown, rocky oblong atop its head, and similar brown rocks that serve as feet.

5. Its body houses an energy core; due to compression underground, both this core and Roggenrola’s body are as hard as steel.

6. Roggenrola is born deep underground, and compares its hard body with that of Geodude and Carbink.

7. As stated by Cilan in Where Did You Go, Audino?, Roggenrola has sensitive hearing and can hear sounds that are inaudible to humans.

8. It tends to follow the sounds it picks up with its lone ear, panicking if these sounds cease.

9. Dwebble is a natural enemy of Roggenrola.

10. Sometimes Rhyperior mistakes this Pokémon for an ordinary rock and fires them through their hands.

11. Roggenrola is similar to Geodude: Both are Rock-type, have Sturdy as one their Abilities, evolve at level 25 and reach their final forms when traded.

12. Roggenrola is tied with Rockruff for the lowest base stat total of all Rock-type Pokémon.

13. In Unova, there is a televised version of bowling that uses Roggenrola as balls. There is a chance of explosion, depending on the Roggenrola.

14. Roggenrola is the only Pokémon from Generation V to consist only of a head and legs.

15. Roggenrola is based on a geode.

16. Roggenrola is a corruption of rock and roll.

17. It may, more specifically, be based on the pronunciation of “rock-‘n’-roller” (a slang term for musicians who play rock and roll) in certain dialects of English.

18. Roggenrola debuted in Gotta Catch A Roggenrola!, where it was caught by Ash by the end of the episode. It later evolved into a Boldore in Battling the King of the Mines!.

19. A group of fourteen Roggenrola appeared in Gotta Catch A Roggenrola!, where they were targeted by Team Rocket. However, they were rescued by Ash and his friends, with the help of a fifteenth Roggenrola who was part of their group. They reappeared in a flashback in Explorers of the Hero’s Ruin!.

20. A Roggenrola appeared in The Young Flame Strikes Back!, under the ownership of Viren’s henchmen. It was used to help intimidate Kiawe and his family, but was defeated by Kiawe’s Alolan Marowak.

21. A Roggenrola appeared in a flashback in The Path That Leads to Goodbye!.

22. Multiple Roggenrola appeared in A Pokémon of a Different Color!.

23. A Roggenrola appeared in Go, Go Gogoat! as a resident of an unnamed island in the Decolore Islands. 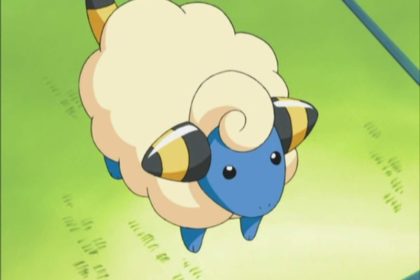 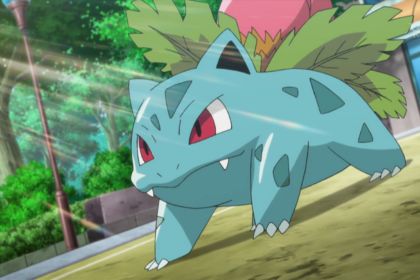