Braixen is a Fire-type Pokémon introduced in Generation VI. It evolves from Fennekin starting at level 16 and evolves into Delphox starting at level 36. Take a look below for 22 amazing and fascinating facts about Braixen.

2. While the majority of its fur is yellow, it has black legs, white arms and face, and a dark orange tail tip.

3. The fur on its cheeks is longer, and a small mane of white fur covers its shoulders and chest.

4. Long, wavy tufts of dark orange fur grow out of its large ears, and its eyes and small nose match this fur in color.

5. When its mouth is open, two pointed teeth can be seen in its upper jaw.

6. Above its legs, the fur sweeps out to either side, resembling a skirt or shorts.

7. Each paw has three small digits.

8. Braixen always keeps a stick in its tail, which it sets alight using friction from its bushy tail fur.

9. The flame from the lit twig is used for both attack and communication.

11. Braixen and its evolutionary relatives share their category with Vulpix, Ninetales, Nickit, and Thievul. They are all known as the Fox Pokémon.

12. Braixen’s evolutionary family is based on a fox, specifically resembling the fennec fox.

13. It also shares characteristics with kitsune and kitsune-mochi, witches in Japanese folklore that inherit their powers from foxes.

14. Braixen’s use of a wand-like branch is likely derived from mages.

15. When the stick is stored in the fur of its tail, the entire tail resembles a broom, which has been depicted as a witch’s primary means of transport. As drawing the stick from its tail ignites the stick, this may be a reference to striking a matchstick.

16. Its fur is reminiscent of seifuku, the predominant uniform worn by schoolgirls in Japan, and aristocratic attire from western Europe during the Renaissance. Its lower body also resembles a hose.

17. Braixen may be a combination of braise (French for hot charcoal) and vixen (female fox). It may also be an allusion to bruxa (Portuguese for witch) or brazen (meaning bold).

19. Serena’s Fennekin evolved into a Braixen in Battling with Elegance and a Big Smile! during a Double Battle with Pancham against Aria’s Delphox and Aromatisse.

20. A Braixen appeared in the opening sequence of Volcanion and the Mechanical Marvel, when it evolved from Fennekin and then into Delphox.

21. Two Trainers’ Braixen appeared in A Crowning Moment of Truth!. They were among the Pokémon attending the Wela Fire Festival‎.

22. Braixen appeared in Hoopa and the Clash of Ages under the ownership of Serena. 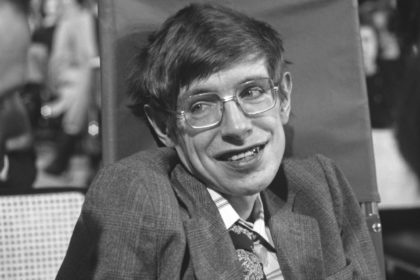