Sigilyph is a dual type Psychic and Flying Pokemon introduced in Generation V. It is not known to evolve into or from any other Pokemon. Take a look below for 20 interesting and awesome facts about Sigilyph.

1. Sigilyph is a multicolored spherical Pokemon, possessing two cyan eyes with a third on a black appendage on top of its head.

2. Its base is mostly black, with a green zigzag pattern in the middle and a black pattern surrounded by green.

3. Sigilyph has a pair of wings and a long tail-like appendage that are yellow with blue and red stripes on each of the “feathers”, two black-colored three-toed “feet”, and two small spikes at its base.

4. Sigilyph will use its psychic powers to attack anyone who invades its territory.

5. Due to it retaining memories from when it guarded an ancient city, it apparently flies along the same route constantly.

6. Sigilyph is the only Pokémon that can have the Ability Wonder Skin which does not have it as a Hidden Ability.

7. Sigilyph appears to have been inspired by the Nazca Lines, specifically the avian figures, and kachina dolls.

8. Like Sigilyph, the Nazca Lines are found in a desert. It also resembles a wind chime.

9. Sigilyph may be a combination of sigil and glyph. It may also draw its name from sylph, a mythological spirit of the air.

10. Sigilyph debuted in White—Victini and Zekrom and Black—Victini and Reshiram, under the ownership of Damon. He used its power to activate the energy harnessed by the Solosis and Duosion in the Sword of the Vale so he could lift it into the sky.

12. A Sigilyph appeared in Cloudy Fate, Bright Future!, under the ownership of Carrie. She used it to attack Professor Sycamore and his assistants Sophie and Cosette, and then to battle Ash. She operated under the belief that they were all the threat to Kalos that Olympia had predicted.

13. Multiple wild Sigilyph appeared in White—Victini and Zekrom and Black—Victini and Reshiram. One appeared in the opening sequences of both movies, while the others appeared in a flashback as former residents of the now-relocated Sword of the Vale.

14. Multiple Sigilyph appeared in The Uprising, under the ownership of some Team Plasma Grunts. They were used to battle Iris and the Unova Gym Leaders at N’s Castle.

15. A Sigilyph was among several Pokémon attracted to Alder’s wrestling match with his Bouffalant in Nimbasa City in A New Perspective.

17. A Sigilyph appears under the ownership of an unknown Trainer in The Transfer Student where it battled with Whitley’s Foongy.

19. A Sigilyph appears as a Burst form of Sabin.

20. Damon’s Sigilyph appears in the manga adaptation of White—Victini and Zekrom. It is used by its trainer to trap Victini inside the Sword of the Vale. 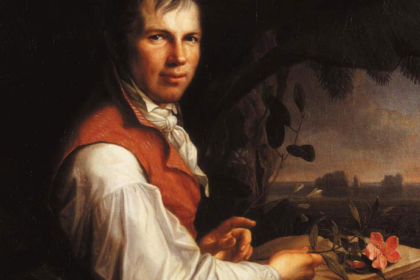