Escondido is a city in San Diego County’s North County region, 30 miles (48 km) northeast of downtown San Diego, 15 miles from the ocean, and 40 miles from the Mexican border. Take a look below for 20 interesting and awesome facts about Escondido, California, United States.

1. The city occupies a shallow valley ringed by rocky hills.

2. Incorporated in 1888, it is one of the oldest cities in San Diego County.

5. One source says the name originally referred to agua escondida or hidden water; another says it meant “hidden treasure”.

6. The city is known as Eskondiid in Kumeyaay.

7. The Escondido area was first settled by the Luiseño, who established campsites and villages along the creek running through the area.

10. The Kumeyaay migrated from areas near the Colorado River, settling both in the San Pasqual Valley and near the San Dieguito River in the southwestern and western portions of what is now Escondido.

11. Most of the villages and campsites today have been destroyed by development and agriculture.

12. Spain controlled the land from the late 18th century to the early 19th century, and established many missions in California to convert the indigenous people.

13. When Mexico gained its independence from Spain, the local land was divided into large ranchos. Most of what is now Escondido occupies the former Rancho Rincon del Diablo (“Devil’s Corner”), a Mexican land grant given to Juan Bautista Alvarado (not the governor of the same name) in 1843 by Governor Manuel Micheltorena.

14. Alvarado was a Regidor of Los Angeles at the time, and the first Regidor of the pueblo of San Diego.

15. The southern part of Escondido occupies the former Rancho San Bernardo, granted in 1842 and 1845.

16. In 1846, during the Mexican–American War, the Battle of San Pasqual was fought southeast of Escondido.

17. This battle pitted Mexican forces under Andrés Pico (brother of then-California-governor Pío Pico) against Americans under Stephen W. Kearny, Archibald Gillespie, and Kit Carson. A park in Escondido is named for Carson.

18. The city was home to a largely Spanish-speaking population in the first census, taken in 1850 when California became a state. After statehood, non-Hispanic settlers came to Southern California in increasing numbers. The decade of the 1880s is known as the “Southern California Land Boom” because so many people moved to the state.

19. In 1853, pro-Southern Copperheads proposed dividing the state of California to create a new Territory of Colorado (at this time the territory that would become the state of Colorado was named “Jefferson”). San Diego Judge Oliver S. Witherby suggested placing the capitol of the new territory in Rancho Rincon del Diablo. He envisioned a railroad connecting San Diego to Fort Yuma through an area about two miles (3 km) south of the current Escondido site, heading east through San Pasqual.

20. With a series of deeds in 1855 and 1856, the rancho was transferred from the heirs of Juan Bautista Alvarado to Witherby. He planned to profit from the town that he believed would be established from the dividing point on the railroad below the eastern hills. 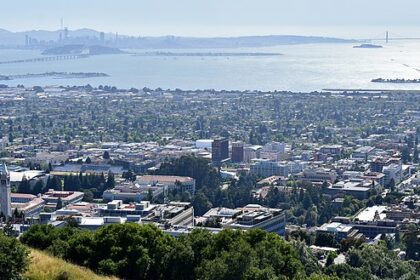 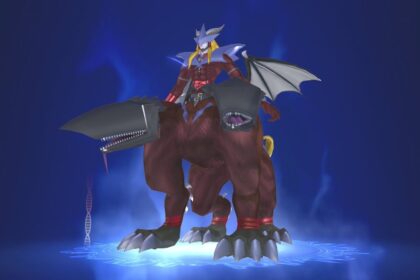