Blastaar, sometimes called the Living Bomb-Burst and Blasstaar, is a fictional character that appears in American comic books published by Marvel Comics. Blastaar is a common enemy of the Fantastic Four and lives in the Negative Zone. Take a look below for 24 more interesting and weird facts about Blastaar.

1. Blastaar was created by Stan Lee and Jack Kirby. His first appearance was in Fantastic Four #62.

2. Blastaar is a member of an alien race known as the Baluurians, of the planet Baluur in the Negative Zone.

3. He ruled the Baluurians as their monarch ruthlessly until his subjects rebelled and rose against him.

4. He was seen with the Spaceknights, aiding Nova’s attempt to assassinate Annihilus. 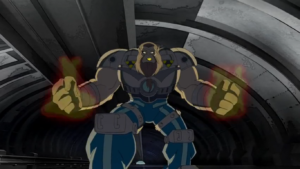 5. Blastaar appeared in the opening pages of Annihilation: Conquest #1. He’s seen leading a group of Kree soldiers against the Phalanx, but the group is defeated and Blastaar is captured.

6. Prior to his appearance in Guardians of the Galaxy #7, Blastaar became king of the Negative Zone. He and his forces seize control of Negative Zone Prison Alpha and recruit a number of the imprisoned Earth superhumans there into his army.

7. Blastaar made a bid to become King of the Kree, Shi’ar and the Inhumans by staging a coup against Medusa shortly after the depletion and exhaustion of her armies following the Thanos Imperative.

8. He possesses superhuman strength sufficient to lift about 50 tons.

9. He’s capable of running and moving at speeds greater than even the best human athlete. 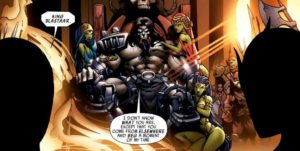 10. Blastaar’s musculature generates considerably less fatigue toxins during physical activity than the musculature of a human being. He can exert himself at peak capacity for several days before he becomes fatigued.

11. His body is highly resistant to all forms of physical injury. He’s capable of withstanding the impact of a .30 caliber, armor piercing machine gun shell, and temperature extremes that vary from as low as -200 degrees Fahrenheit to as high as 11,000 degrees Fahrenheit.

12. He can survive for weeks at a time without food or water.

13. Blastaar can survive in an airless vacuum for several months at a time by willing himself into a state of suspended animation.

14. He can generate concussive blasts, presumably by some biological means, and direct them through his fingers. These blasts have a range of 1,000 feet and can penetrate 6 inch titanium plated steel.

15. Blastaar is able to use the same energy from his concussive blasts to propel himself at incredible speeds. He’s able to fly at a top speed of approximately 25,000 miles per hour. 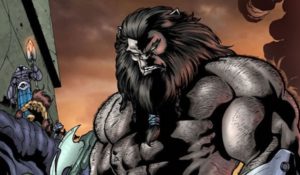 16. He was stated to have a universal threat level by the Nova Corps, and that if he was to enter the positive universe, he would be categorized as a Category 1 Criminal.

17. Blastaar is a formidable hand to hand combatant and is particularly skilled in using a combination of his energy blasts and raw brute strength with great efficiency.

18. His energy blasts can temporarily disrupt the molecular integrity of the Eternals.

19. He is highly trained in the art of warfare of and by his race and has access to advanced technology from his home world, such as starships and powerful plasma-based weapons.

20. Blastaar appeared in the 2005 Fantastic Four video game, where he was voiced by Bob Joles. In the game, he comes to Earth in the hopes of conquering it off-screen, but ended up imprisoned and is discovered locked in the Vault.

21. He appeared in the 1994 Fantastic Four television series, where he was voiced by Ron Friedman. In the episode “Behold the Negative Zone”, he fought with Annihilus. 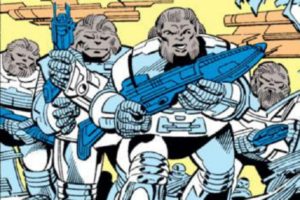 22. He made a cameo appearance on the Spider-Man and his Amazing Friends episode “Attack of the Arachnoid”. He’s shown as one of the prisoners in the jail scene.

23. Annihilus and Blastaar have teamed up at times, but are usually fierce enemies.

24. Blastaar’s son, Burstaar, has helped his father, but has his own ambitions and has allied himself with the Kree. 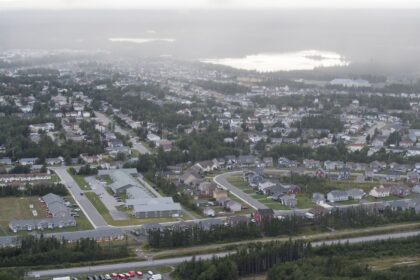 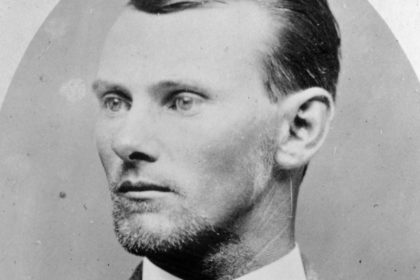 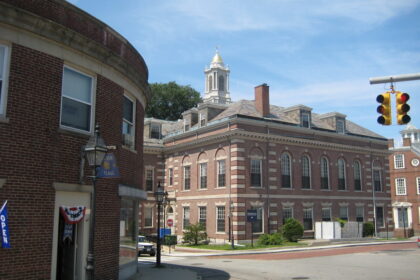