Applin is a dual-type Grass/Dragon Pokémon introduced in Generation VIII. It evolves into Flapple when exposed to a Tart Apple or Appletun when exposed to a Sweet Apple. Take a look below for 18 awesome and interesting facts about Applin.

1. Applin is a small, worm like Pokemon with a light green body and a dark green underside.

2. Its head is round with two pink nostrils.

3. Above its head are two large leaf-like eyestalks which house its two small black eyes.

4. These eyestalks give the apple it lives in the appearance of having a stem with leaves.

5. It also has two thin hairs on the tip of its tail.

6. Applin is both the lightest and shortest Dragon-type Pokémon.

7. As soon as it’s born, it burrows into an apple, which serves as a home, food source, and protection against preying bird Pokémon.

8. The flavor of the apple determines which evolution Applin will evolve into.

9. Applin and its evolved forms are the only Pokémon that are in the Grass and Dragon Egg Groups.

10. Applin has the lowest base Speed stat of all Dragon-type Pokémon.

11. Applin appears to be based on the larvae of codling moths, which burrow into apples and feed on its core, inhibiting growth and ripening them earlier.

12. Its evolution methods may be a reference on how the host plant deters its herbivory.

13. Sour wild fruits usually have thicker epidermis and core than the sweeter domesticated varieties, thus Flapple keeping the apple skin and being smaller while Appletun grows bigger and internalizes the whole fruit.

14. Considering its Dragon typing, it may also be based on Ladon, a dragon from Greek mythology that guards the golden apples in the Garden of the Hesperides.

15. It may also draw inspiration from the biblical serpents, sometimes referred to as dragons, one of which persuades Eve to eat from the forbidden fruit of the Tree of knowledge, most of the time depicted as an apple.

16. It shares many physical similarities with the Lindworm, a serpentine dragon with only two arms and no legs (which Applin also has), and whose name is like the “worm” of insect larvae.

18. Applin may be a combination of apple and inside or tannin, a biblical serpentine dragon. 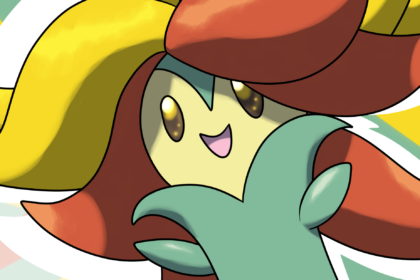