Heath Andrew Ledger was an Australian actor and music video director. After performing roles in several Australian television and film productions during the 1990s, Ledger left for the United States in 1998 to further develop his film career. His work comprised 19 films, including 10 Things I Hate About You, The Patriot, A Knight’s Tale, Monster’s Ball, Lords of Dogtown, Brokeback Mountain, The Brothers Grimm, Casanova, The Dark Knight and The Imaginarium of Doctor Parnassus, the latter two being posthumous releases. Take a look below for 35 more fascinating and interesting facts about Heath Ledger.

1. Ledger was born in Perth, Western Australia, the son of Sally Ledger, a French teacher, and Kim Ledger, a racing car driver and mining engineer whose family established and owned the Ledger Engineering Foundry.

2. The Sir Frank Ledger Charitable Trust is named after his great-grandfather.

3. He had English, Irish, and Scottish ancestry.

4. Ledger attended Mary’s Mount Primary School in Gooseberry Hill, and later Guildford Grammar School, where he had his first acting experiences, starring in a school production as Peter Pan at the age of 13.

6. Ledger’s older sister Kate, an actress and later a publicist, to whom he was very close, inspired his acting on stage, and his love of Gene Kelly inspired his successful choreography, leading to Guildford Grammar’s 60-member team’s “first all-boy victory” at the Rock Eisteddfod Challenge.

8. Ledger was an avid chess player, playing some tournaments when he was young.

9. As an adult, he often played with other chess enthusiasts at Washington Square Park, though the level of his play has sometimes been exaggerated.

10. Ledger also had a keen interest in the West Coast Eagles, a professional Australian rules football team that competes in the Australian Football League and is based in his hometown of Perth.

12. In 2004, he met and began dating actress Michelle Williams on the set of Brokeback Mountain. Their daughter, Matilda Rose, was born on 28 October 2005 in New York City.

14. In January 2006, Ledger put his residence in Bronte, New South Wales, up for sale, and returned to the United States, where he shared a house with Williams, in Boerum Hill, Brooklyn, from 2005 to 2007.

15. In September 2007, Williams’ father confirmed to Sydney’s The Daily Telegraph that Ledger and Williams had ended their relationship.

16. After Ledger’s death, news outlets reported that his drug abuse had prompted Williams to request that he move out of the apartment they shared in Brooklyn.

17. After his break-up with Williams, in late 2007 and early 2008, the tabloid press and other public media linked Ledger romantically with supermodels Helena Christensen and Gemma Ward.

18. On 30 January 2011, Ward stated that the pair began dating in November 2007 and their families spent Christmas together in their home town of Perth.

19. Ledger’s relationship with the press in Australia was sometimes turbulent, and it led to his abandonment of plans for his family to reside part-time in Sydney. In 2004, he strongly denied press reports alleging that “he spat at journalists on the Sydney set of the film Candy”, or that one of his relatives had done so later, outside Ledger’s Sydney home.

20. After his performance on stage at the 2005 Screen Actors Guild Awards, when he had giggled in presenting Brokeback Mountain as a nominee for Outstanding Performance by a Cast in a Motion Picture, the Los Angeles Times referred to his presentation as an “apparent gay spoof”.

21. Ledger was quoted in January 2006 in Melbourne’s Herald Sun as saying that he heard that West Virginia had banned Brokeback Mountain, which it had not; actually, a cinema in Utah had banned the film.

22. In their New York Times interview, published on 4 November 2007, Ledger told Sarah Lyall that his recently completed roles in I’m Not There (2007) and The Dark Knight (2008) had taken a toll on his ability to sleep: “Last week I probably slept an average of two hours a night. … I couldn’t stop thinking. My body was exhausted, and my mind was still going.” At that time, he told Lyall that he had taken two Ambien pills, after taking just one had not sufficed, and those left him in “a stupor, only to wake up an hour later, his mind still racing”.

23. Prior to his return to New York from his last film assignment, in London, in January 2008, while he was apparently suffering from some kind of respiratory illness, he reportedly complained to his co-star from The Imaginarium of Doctor Parnassus, Christopher Plummer, that he was continuing to have difficulty sleeping and taking pills to help with that problem: “Confirming earlier reports that Ledger hadn’t been feeling well on set, Plummer says, ‘we all caught colds because we were shooting outside on horrible, damp nights. But Heath’s went on and I don’t think he dealt with it immediately with the antibiotics…. I think what he did have was the walking pneumonia.’ […] On top of that, ‘He was saying all the time, ‘dammit, I can’t sleep’… and he was taking all these pills to help him.'”

24. At about 3:00 pm (EST), on 22 January 2008, Ledger was found unconscious in his bed by his housekeeper, Teresa Solomon, and his masseuse, Diana Wolozin, in his loft at 421 Broome Street in the SoHo neighborhood of Manhattan.

25. According to the police, Wolozin, who had arrived early for a 3:00 pm appointment with Ledger, called Ledger’s friend Mary-Kate Olsen for help. Olsen, who was in California, directed a New York City private security guard to go to the scene.

26. At 3:26 pm, “less than 15 minutes after she first saw him in bed and only a few moments after the first call to Ms. Olsen”, Wolozin telephoned 9-1-1 “to say that Mr. Ledger was not breathing”. At the urging of the 9-1-1 operator, Wolozin administered CPR, which was unsuccessful in reviving him.

27. Paramedics and emergency medical technicians arrived seven minutes later, at 3:33 pm (“at almost exactly the same moment as a private security guard summoned by Ms. Olsen”) but were also unable to revive him. At 3:36 pm, Ledger was pronounced dead, and his body was removed from the apartment.

28. Two weeks later on 6 February 2008, the Office of the Chief Medical Examiner of New York released its conclusions, based on an initial autopsy on January 23, 2008, and a subsequent complete toxicological analysis. The report concludes, in part, “Mr. Heath Ledger died as the result of acute intoxication by the combined effects of oxycodone, hydrocodone, diazepam, temazepam, alprazolam and doxylamine.” It states definitely: “We have concluded that the manner of death is accident, resulting from the abuse of prescribed medications.”

29. Dr. Jason Payne-James, a forensic pathologist, stated in 2017 that Ledger might have survived if hydrocodone and oxycodone had been left out of the combination of drugs that the actor took just prior to his death.

30. Late in February 2008, a DEA investigation of medical professionals relating to Ledger’s death exonerated two American physicians, who practice in Los Angeles and Houston, of any wrongdoing, determining that “the doctors in question had prescribed Ledger other medications – not the pills that killed him.”

31. As the news of Ledger’s death became public, throughout the night of January 22, 2008, and the next day, media crews, mourners, fans, and other onlookers began gathering outside his apartment building, with some leaving flowers or other memorial tributes.

32. Several actors made statements expressing their sorrow at Ledger’s death, including Daniel Day-Lewis, who dedicated his Screen Actors Guild Award to him, saying that he was inspired by Ledger’s acting; Day-Lewis praised Ledger’s performances in Monster’s Ball and Brokeback Mountain, describing the latter as “unique, perfect”.

33. On February 1, in her first public statement after Ledger’s death, Michelle Williams expressed her heartbreak and described Ledger’s spirit as surviving in their daughter.

35. In January 2011, the State Theatre Center of Western Australia in Ledger’s home town of Perth named a 575-seat theater the Heath Ledger Theatre after him. For the opening of the theater, Ledger’s Academy Award for Best Supporting Actor was on display in the theater’s foyer along with his Joker costume. 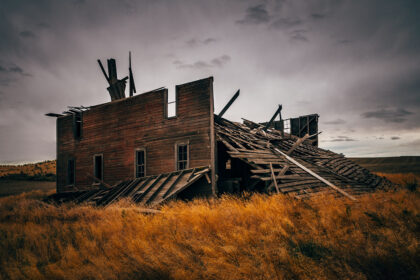 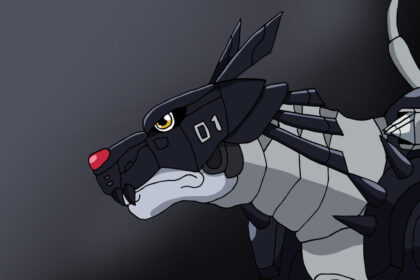 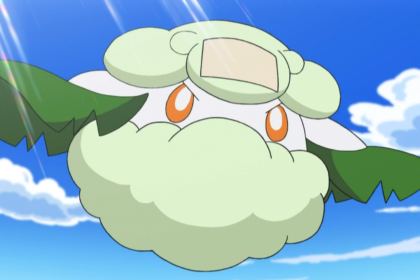