Caryl Whittier Chessman was a convicted robber, kidnapper, and rapist who was sentenced to death for a series of crimes committed in January, 1948, in the Los Angeles area. Take a look below for 30 more weird and bizarre facts about Caryl Chessman.

1. Chessman was the first modern American executed for a non-lethal kidnapping.

2. He was convicted under a loosely interpreted “Little Lindbergh Law,” with was later repealed, that defined kidnapping as a capital offense under certain circumstances.

3. His case attracted worldwide attention, and helped propel the movement to end the use of capital punishment in the state of California.

4. While in prison, Chessman authored four books, including his memoirs “Cell 2455, Death Row.” The book was adapted for the screen in 1955 and stars William Campbell as Chessman.

5. Chessman was born in St. Joseph, Michigan, the only child of Hallie Lillian and Serl Whittier Chessman, both devout Baptists. 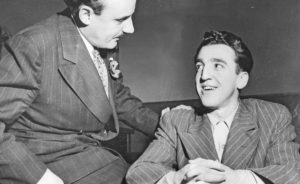 6. His father became despondent after failing at each of a series of jobs, and attempted suicide twice.

7. In 1929, Chessman’s mother was paralyzed after a car accident.

8. As a child, he battled asthma, which left him weak, and contracted encephalitis, which he later claimed changed his personality. After recovering, he began to revel against his parents’ strict Baptist upbringing by committing petty crimes.

9. His family was hit hard by the Depression, and Chessman later recalled that he stole food and other items as an adolescent to help his parents.

10. During his teen years, as the stealing continued, he changed the spelling of his first name from “Carol” to “Caryl.”

11. In July, 1937, Chessman was caught stealing a car and sent to Preston School of Industry, a reform school in Northern California.

12. He was released in April, 1938, only to return a month later after stealing another car. 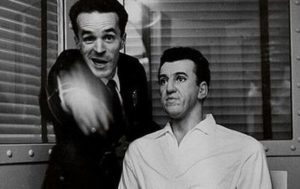 13. In October, 1939, Chessman was sent to the Los Angeles County Road Camp after another car theft. It was there that he met a group of young criminals known as the Boy Bandit Gang.

14. After his release from the road camp, he joined the gang and, in April, 1941, was arrested in connection with a number of gang-related robberies and shootouts with police.

15. As the gang’s leader, Chessman was convicted of robbery and sent to San Quentin State Prison, then transferred to the California Institution for Men in Chino.

16. He escaped in October, 1943, but was arrested a month later. Convicted on another robbery charge, Chessman was sentenced to five years to life and served the minimum, mostly at Folsom State Prison. He was released in December, 1947, and returned to Glendale.

17. Chessman was just 27 years old when he was arrested in Los Angeles on suspicion of being the notorious thief and sexual predator known as the Red-Light Bandit.

18. The Red Light Bandit was known to approach victims in Lover’s Lane spots and flash a red light resembling that used by police for stopping motorists. He would then rob the people and sometimes kidnap the women and force them to perform sexual acts. 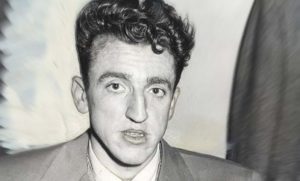 19. During his trial, Chessman repeatedly refuted claims that he was the Red Light Bandit, but couldn’t provide evidence corroborating his innocence.

20. Although Chessman signed a confession, he later recanted, saying that it had resulted from police brutality.

21. It’s unclear whether the Red-Light Bandit was a single person, as many claim that it was a moniker used to describe the acts of a number of criminals. However, Chessman was charged with the entire crime spree attributed to the Bandit.

22. Evidence pointed to his involvement in 17 cases, ranging from robbery to kidnapping.

23. Over the course of nearly 12 years on death row, Chessman filed dozens of appeals, acting as his own attorney, and successfully avoided eight execution deadlines, often by a few hours.

24. He also took his case to the public through letters, essays and books. His four books, “Cell 2455, Death Row”, “Trial by Ordeal,” “The Face of Justice,” and “The Kid Was a Killer.” became bestsellers.

25. He sold the rights to “Cell 2455, Death Row” to Columbia Pictures, which made a 1955 movie of the same name, directed by Fred F. Sears, with William Campbell as Chessman. 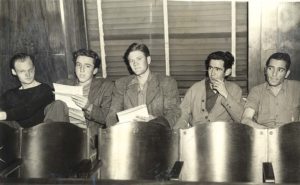 26. The manuscript of his fourth book, “The Kid Was a Killer,” was seized by San Quentin warden Harley O. Teets in 1954 as a product of “prison labor.”

27. Chessman’s books and public campaign ignited a worldwide movement to spare his life, while focusing attention on the larger question of the death penalty in the United States.

28. The office of California Governor Pat Brown was flooded with appeals for clemency from noted authors and intellectuals from around the world, including Aldous Huxley, Ray Bradbury, Normal Mailer, Dwight MacDonald, and Robert Frost, and from such other public figures as former First Lady Eleanor Roosevelt and Christian evangelist Billy Graham.

29. The Chessman affair put Brown, an opponent of the death penalty, in a difficult position. He was unable to grant Chessman executive clemency as the California Constitution required the commutation of a two-time felon’s death sentence to be ratified by the California Supreme Court, which declined ratification by a vote of 4-3.

30. Brown’s stay of execution, along with Chessman’s last appeals, ran out in April, 1960, and Chessman finally went to the gas chamber at San Quentin Prison on May 2, 21 days before his 39th birthday. According to some sources, a last minute attempt by a California Supreme Court justice to implement a new stay pending a habeas corpus motion failed when a court secretary misdialed the prison switchboard’s phone number. 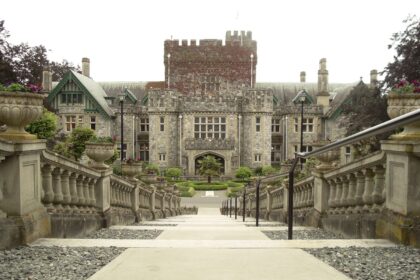 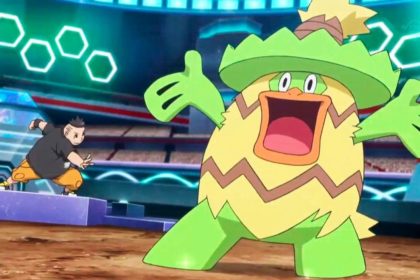 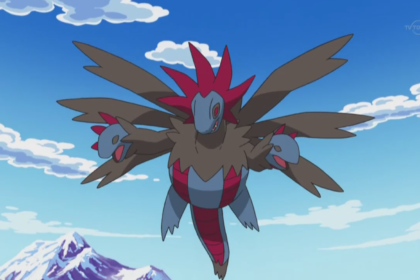