Jefferson Randolph “Soapy” Smith II was a con artist and gangster in the Old West. His most famous scam, the prize package soap sell racket, earned him the nickname “Soapy”, which stayed with him until his death. Take a look below for 30 more scary and interesting facts about Soapy Smith.

1. Even though he traveled and operated his cons all across the western United States, he’s most famous for having a major hand in the organized criminal operations of Denver and Creede, Colorado, and Skagway, Alaska, from 1879 to 1898.

2. In Denver, he ran several saloons, gambling halls, cigar stores, and auction houses that specialized in stealing from their clientele.

3. In Denver, Smith began to make a name for himself across the country as an infamous criminal.

4. Denver is where Smith entered into political fixing, where, for favors, he would sway the outcome of city, county, and state elections.

5. He used his political methods of operation when he settled in the towns of Creede and Skagway, opening businesses with the primary goal of robbing his customers, while also making a name for himself. 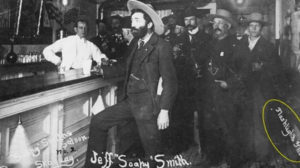 6. Smith was killed in a shootout on Juneau Wharf in Skagway.

8. He was well educated, and grew up with a relatively wealthy family.

9. His family was an attorney, his grandfather was a plantation owner and a popular Georgia senator, while his mother was a homemaker.

10. Smith left home in 1877 after the death of his mother, ending up in Fort Worth, where he formed a close-knit gang of thieves to work for him, building a reputation as the king of the frontier con men.

11. Smith spent 22 years as a professional bunko man and a boss of an infamous gang of loyal swindlers, known as the “Soap Gang”, which included famous men such as Texas Jack Vermillion and “Big Ed” Burns.

12. Smith’s gang moved from town to town, plying their trade on their unwary victims. Their principal method of taking cash from their victims was with the use of “short cons,” which were swindles that were quick and needed little setup and a few helpers. 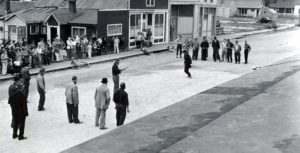 13. Around the late 1870s or early 1880s, Smith began cheating crowds with a ploy the Denver newspapers called “The Prize Soap Racket.”

14. On one occasion, Smith was arrested by policeman John Holland for running his soap-sell racket. While writing in the police log book, Holland forgot Smith’s first name and wrote “Soapy.”

15. Soap selling, along with other scams, helped finance Smith’s criminal operations by paying graft to police, judges and politicians.

16. In 1888, Smith opened the Tivoli Club, on the southeast corner of Market and 17th Streets, which was a combination of saloon and a gambling house.

17. Legend has it that above the entrance of the stairway leading upstairs to the gambling games of Smith’s Tivoli Club was a sign that read “caveat emptor”, which was Latin for “let the buyer beware.”

18. Smith’s younger brother, Bascomb Smith, joined the gang and operated a cigar store that a front for dishonest poker games and other swindles, operating in one of the back rooms.

19. Due to his various bribes, some police officers patrolling the streets would not arrest Smith or other members of his gang. Other officers feared Smith’s quick and violent anger.

20. A voting fraud trail after the municipal elections of 1889 focused attention on corrupt ties and payoffs between Smith, the mayor, and the chief of police, a combination referred to in local newspapers as “the firm of Londoner, Farley and Smith.” The mayor lost his job, but Smith remained untouched. 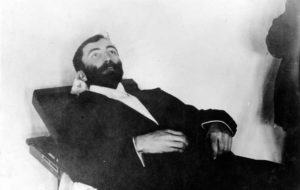 21. Smith opened an office in the prominent Chever block, one block south of his Tivoli Club, from which he ran his many operations.

22. He faced several attempts on his life and shot several of his assailants.

23. Smith was well known for his gambling and bad temper.

24. Smith’s last words were, “My God, don’t shoot!” A letter from Sam Steele, a legendary head of the Canadian Mounties at the time, indicates that another guard, Jesse Murphy, may have fired the fatal shot.

25. Smith died on the spot with a bullet to the heart. He also received a bullet in his left leg and a severe wound on the left arm by the elbow.

26. Smith was buried several yards outside the city cemetery. 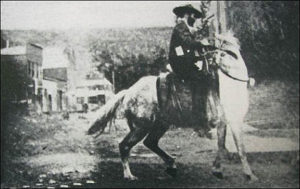 27. Due to the way that his legend has grown, every year on July 8, wakes are held around the United States in his honor.

28. His grave and saloon are on most tour itineraries of Skagway.

29. Smith’s fame began in 1889 in Denver when he assaulted editor John Arkins of the Denver Rocky Mountain News. The newspaper had declared war on Smith and the Soap Gang, sending articles and warnings about the bunco gang all across the U.S.

30. By the 1950s, Smith had become a sort of Robin Hood figure, who took from the miners and gave to the poor widows, orphans, dogs, and criminals who lived by their wits. 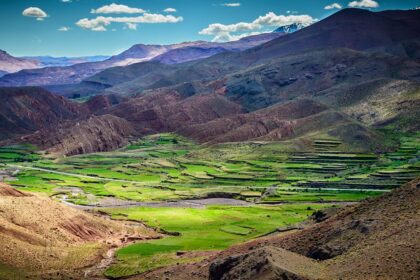 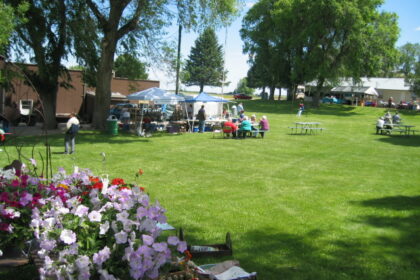 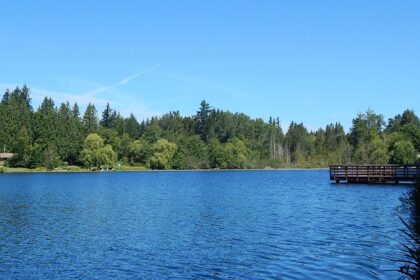