Neil Armstrong was an American astronaut and aeronautical engineer who was the first person to walk on the Moon. He was also a naval aviator, test pilot and university professor. A graduate of Purdue University, he studied aeronautical engineering with his college tuition paid for by the U.S. Navy under the Holloway Plan. Take a look below for 30 more interesting and fun facts about Neil Armstrong.

1. Armstrong became a midshipman in 1949, and a naval aviator the following year.

2. He saw action in the Korean War, flying the Grumman F9F Panther from the aircraft carrier USS Essex.

3. In September 1951, he was hit by anti-aircraft fire while making a low bombing run, and was forced to bail out.

4. After the war, he completed his bachelor’s degree at Purdue, and became a test pilot at the National Advisory Committee for Aeronautics High Speed Flight Station at Edwards Air Force Base in California.

5. He was the project pilot on Century Series fighters, and flew the North American X-15 seven times. 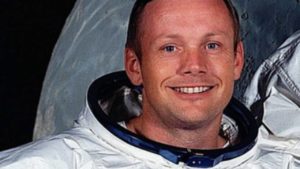 6. he was a participant in the U.S. Air Force’s Man in Space Soonest and X-20 Dyna-Soar human spaceflight programs.

7. Armstrong joined the NASA Astronaut Corps in the second group, which was selected in 1962.

8. He made his first spaceflight as commander of Gemini 8 in March 1966, becoming NASA’s first civilian astronaut to fly in space.

9. During his Gemini 8 mission with pilot David Scott, he performed the first docking of two spacecraft; however, the mission was aborted after Armstrong used some of his reentry control fuel to prevent a dangerous spin caused by a stuck thruster.

10. During training for Armstrong’s second and last spaceflight as commander of Apollo 11, he had to eject from the Lunar Landing Research Vehicle moments before a fiery crash.

11. In July 1969, Armstrong and Apollo 11 Lunar Module pilot Buzz Aldrin performed the first manned Moon landing, and spent two and a half hours outside the spacecraft while Michael Collins remained in lunar orbit in the Command Module. 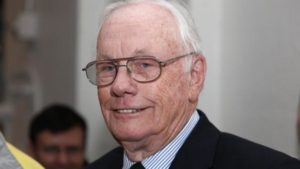 12. When he stepped onto the lunar surface, he said, “That’s one small step for [a] man, one giant leap for mankind.”

13. Along with Collins and Aldrin, Armstrong was awarded the Presidential Medal of Freedom by President Richard Nixon.

15. After he resigned from NASA in 1971, Armstrong taught in the Department of Aerospace Engineering at the University of Cincinnati until 1979.

16. He served on the Apollo 13 accident investigation, and on the Rogers Commission, which investigated the Space Shuttle Challenger disaster.

17. He acted as a spokesman for several businesses, and appeared in advertising for Chrysler starting in January, 1979.

18. During the Korean War, Armstrong flew 78 combat missions as a U.S. Navy pilot, and was in the air for a total duration of 121 hours.

19. It’s said that his passion for flying began when he was just two years old, when he was taken by his father to the National Air Races, which were held in Cleveland, Ohio. This interest deepened further when, at the age of six, he experienced his first ride on an airplane in a Ford Tri-Motor, in Warren, Ohio. 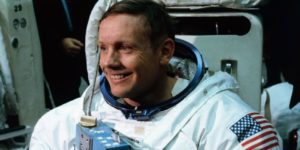 20. Armstrong started taking flying lessons at an airport located to the north of Wapakoneta in an Aeronca Champion airplane. In order to pay for the lessons, he worked a number of jobs at the airport as well as the town.

21. He got his flight certificate at the age of 16, even before he could obtain a driver’s license.

22. He was a member of the fraternities Phi Delta Theta and Kappa Kappa Psi.

24. Due to Armstrong’s knowledge of engineering, he was always quick to grasp the minute nuances of flight and could understand the characteristic in-flight properties of specific aircraft quicker than most, enhancing his abilities as a pilot.

25. Remembering the experience of the historical Apollo 11 flight lifting off, Armstrong said, “It felt like a train on a bad railroad track, shaking in every direction. And it was loud, really loud.” 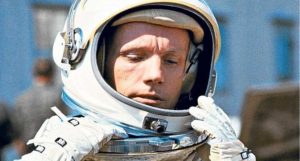 26. The lunar crater Armstrong, 31 miles, or 50 kilometers, from the Apollo 11 landing site, and asteroid 6469 Armstrong are named in his honor.

27. There are more than a dozen elementary, middle and high schools named in his honor in the United States, and many places around the world have streets, buildings, schools and other places named after Armstrong or the Apollo 11 mission.

28. The Armstrong Air and Space Museum, in Armstrong’s hometown of Wapakoneta, and the airport in New Knoxville, Ohio, where he took his first flying lessons when he was 15 years old, are named after him.

29. In September 2012, the U.S. Navy announced that the first Armstrong-class vessel would be named RV Neil Armstrong.

30. For many years, Armstrong turned down biography offers from authors such as Stephen Ambrose and James A. Michener, but agreed to work with James R. Hansen after reading one of Hansen’s other biographies. 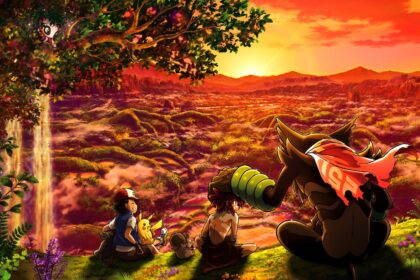 25 Interesting And Amazing Facts About Zarude From Pokemon 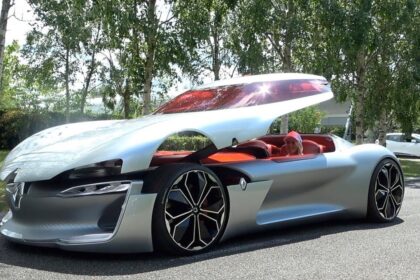 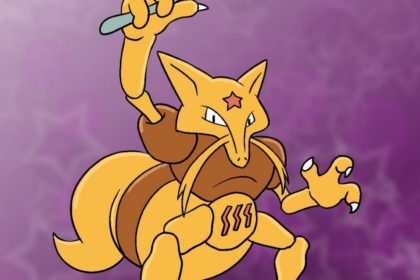