Drednaw is a dual-type Water/Rock Pokémon introduced in Generation VIII. It evolves from Chewtle starting at level 22. Drednaw has a Gigantamax form. Take a look below for 30 interesting and fascinating facts about Drednaw.

1. Drednaw is a large Pokemon resembling a turtle.

2. Its carapace (upper shell) is brown and is divided into three segments, and has a yellow section around it. Its plastron (lower shell) and its lower jaw is flat and are pale yellow.

3. Its head has a yellow horn on it and has two large sections coming off of it.

4. Its eyes are white and somewhat rectangle shaped with small pupils.

5. Connecting its head to its lower jaw are two yellow circles.

6. Its front legs have one large yellow protrusion each, and each of its feet have three white toes.

7. Its tail is long and has two spikes coming off of it.

9. It can move very fast despite how extremely heavy the shell on its back is.

10. This highly aggressive Pokémon can extend its neck very quickly to chomp down on its enemies.

11. Drednaw are notoriously vicious to the point it requires a skilled Trainer to fully tame and handle it.

12. Some Trainers will release Drednaw into the wild once they find they are unable to handle it.

13. Gigantamax Drednaw is now bipedal and its horn resembles a tank.

14. Its tail is now longer and has more spikes, and now has three yellow spikes coming off each leg.

15. Its plastron has three protrusions, with the middle being the longest.

16. Its head is hidden inside of its body, and its eyes glow red.

17. Like all Gigantamax Pokémon, Drednaw has red clouds as they spin in and out of its shell.

18. In its Gigantamax transformation, it stands on it hind legs in a bipedal position.

19. Drednaw uses its massive body to crush its opponents and then its massive jaws to finish them off.

20. The power of its jaws has been enhanced to the point where it can bite through metal towers.

21. By combining the strength of its jaws and powerful neck, Drednaw is capable of punching a hole through a mountain with one strike.

22. According to one tale, Drednaw stopped a flood by using the rubble from a mountain it chewed up.

23. Drednaw is the only known Pokémon capable of using the moves Jaw Lock and the exclusive G-Max Move G-Max Stonesurge.

24. Drednaw shares its category with Poochyena and Mightyena. They are all known as Bite Pokémon.

26. Drednaw may be a combination of dread and gnaw. It may also be a play on dreadnought (a type of warship).

27. Drednaw first appeared in Flash of the Titans!. Team Rocket encountered it whilst in Wyndon and attempted to catch it, but instead, they accidentally caused it to Gigantamax and attack Wyndon Stadium. It reappeared in JN013, where it battled and was stopped by Ash’s Pikachu.

28. A Drednaw appeared in JNM04, where it plays the same role as in the anime.

29. Drednaw debuted in the Sword & Shield chapter. Three of them attacked the van Sōdo, Shirudomiria, Marvin, and Professor Magnolia were riding in. Eventually, all three were defeated by the combined efforts of Sōdo’s Grookey, Shirudomiria’s Scorbunny, and Marvin’s Sobble.

30. A Gigantamaxed Drednaw appeared in a fantasy as a silhouette in the Sword & Shield chapter. 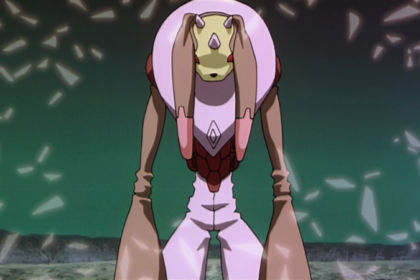 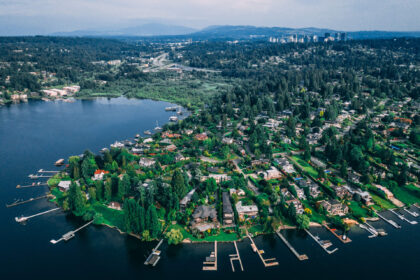 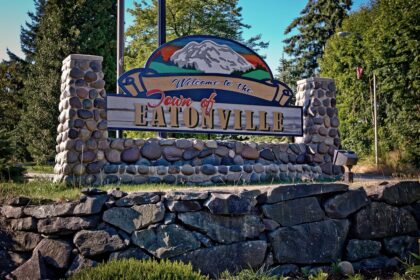