Pope John Paul II served as Pope and sovereign of the Vatican City State from 1978 to 2005. He is called Saint John Paul the Great by some Catholics. He was elected by the second Papal conclave of 1978, which was called after Pope John Paul I, who had been elected in August to succeed Pope Paul VI, who died after 33 days. Take a look below for 30 more interesting and awesome facts about Pope John Paul II.

1. John Paul II is recognized as helping to end Communist rule in his native Poland and eventually all of Europe.

2. He significantly improved the Catholic Church’s relations with Judaism, Islam, the Eastern Orthodox Church and the Anglican Communion.

3. He emphasized the Church’s teachings on such matters as artificial contraception, the ordination of women, and a celibate clergy, and was seen as generally conservative in his interpretation of the Second Vatican Council and its reforms.

4. John Paul II was one of the most traveled world leaders in history, visiting 129 countries during his pontificate.

5. As part of his special emphasis on the universal call to holiness, he beatified 1,340 people and canonized 483 saints, more than the combined tally of his predecessors during the preceding five centuries. 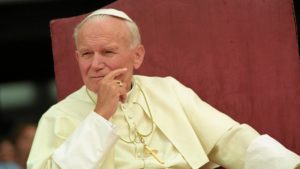 6. By the time of his death, he had named most of the College of Cardinals, consecrated or co-consecrated a large number of the world’s bishops, and ordained many priests.

7. A key goal of John Paul’s papacy was to transform and reposition the Catholic Church.

8. His wish was, “to place his Church at the heart of a new religious alliance that would bring together Jews, Muslims and Christians in a great religious armada.”

9. John Paul II was the second longest-serving pope in modern history after Pope Pius IX, who served for nearly 32 years from 1846 to 1878. 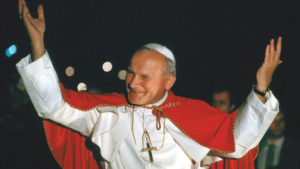 11. His cause for canonization commenced in 2005, one month after his death with the traditional five-year waiting period waived.

12. On December 19, 2009, John Paul II was proclaimed Venerable by his successor Pope Benedict XVI and was beatified on May 1, 2011, after the Congregation for the Causes of Saints attributed one miracle to his intercession, the healing of a French nun from Parkinson’s disease.

15. On his camping trips with the youth group, he read The Screwtape Letters around the campfire.

16. The Communists ironically wanted him to become archbishop of Krakow.

17. He was a key figure in the Polish struggle against the Nazis. He was officially placed on the Nazis “black list” in 1944.

18. John Paul II was an accomplished actor and playwrite in Poland before he entered the seminary.

19. He earned two doctoral degree. He earned one from the Pontifical University of Saint Thomas Aquinas in Rome and the other from Jagiellonian University in Poland. His dissertations were entitled, The Doctrine of Faith in Saint John of the Cross, and An Evaluation of the Possibility of Constructing a Christian Ethics on the Basis of the System of Max Sheler. 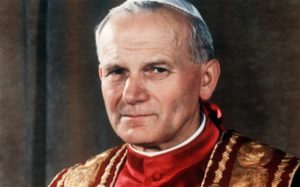 20. John Paul II was a professor at two universities.

22. He published poems and plays.

23. He made significant contributions to the documents of the Second Vatican Council.

24. Many years after the council, John Paul II admitted that he wrote a lot of poetry while it was in session: “You know, I wrote many pats of books and poems during the sessions of the Council.”

25. When he was a young bishop, John Paul II made a lasting impression on the famous 20th century theologian Yves Congar. Congar wrote in his personal diary: “Wojtyla made it a remarkable impression. His personality dominates. Some kind of animation is present in this person, a magnetic power, prophetic strength, full of peace, and impossible to resist.” 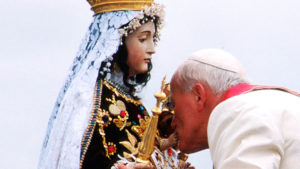 27. He was an accomplished linguist. He was able to speak several languages fluently. The exact number varies in literature but they likely included Polish, Slovak, Russian, Italian, French, Spanish, German, Ukrainian, English, and Latin. Some lists substitute Portuguese instead of Russian.

28. John Paul II presided over the largest public event in history, namely, a eucharistic celebration in the Philippines during World Youth Day in 1995. Somewhere between 4 to 7 million people attended.

30. He had one of the most prolific pontificates in history, publishing, 14 encyclicals, 15 apostolic exhortations, 11 apostolic constitutions, 45 apostolic letters and 28 motu proprios. 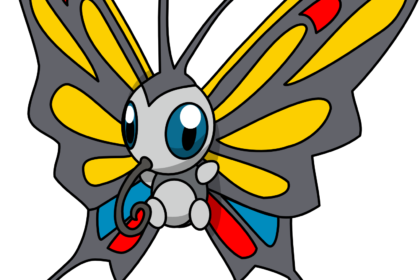 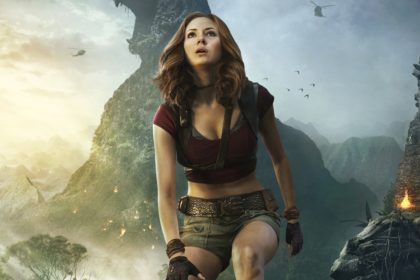 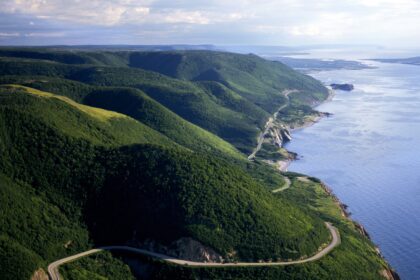