William Penny Brookes was an English surgeon, magistrate, botanist and educationalist especially known for inspiring the modern Olympic Games, the Wenlock Olympian Games and for his promotion of physical education and personal betterment. Take a look below for 30 more fun and interesting facts about William Penny Brookes.

1. Brookes was born in Much Wenlock, where his father, William Brookes, was a local doctor.

4. There he studied herbal medicines and botany, although not as a student of Padua University, and was there for about six months before returning home to Much Wenlock at the end of February 1831.

5. During his medical studies in Paris he learned of his father’s death. When he arrived back at Much Wenlock in 1831, he returned to the family home and took over his father’s large medical practice.

6. As a botanist, he provided information on plants growing around Wenlock and also Shropshire for Charles Hulbert’s The History and Description of the County of Salop (1837), and William Allport Leighton’s Flora of Shropshire (1841).

7. His herbarium is held at the Much Wenlock Town Council’s archives.

8. He also became actively involved in the local community, becoming a Justice of the Peace in 1841 and remaining an active magistrate for over 40 years. It is likely that he would have been confronted with cases of petty crime, drunkenness, and theft in the local community, which almost certainly influenced his desire to develop structured physical exercise and education for the working classes and young people generally.

9. Also in 1841, he instigated the setting up of the Wenlock Agricultural Reading Society (WARS), with its early lending library “for the promotion and diffusion of useful information”.

10. From these endeavors evolved various interest groups called “classes” including art, music, botany and subsequently an Olympian Class. All the WARS “classes”, the lectures they held and the library were open to “every grade of man”, at Brookes’ insistence.

11. “The Olympian Class” was set up in 1850 “for the promotion of the moral, physical and intellectual improvement of the inhabitants of the town and neighborhood of Wenlock and especially of the working classes, by the encouragement of outdoor recreation, and by the award of prizes annually at public meetings for skill in Athletic exercise and proficiency in Intellectual and industrial attainments”.

12. The first Games meeting was held in October 1850, and included competitions in classic athletics and also country sports such as quoits, football and cricket.

13. The Games quickly expanded, and within a few years it was attracting competitors from as far away as London and Liverpool.

15. Brookes was a Philhellene, who admired the perceived definition of Ancient Greek democratic ideals, that all men were equal and allowed and indeed expected to vote, take an active part in governance, and compete in sport.

16. In reality, this was a misconception as only free-born adult male citizens (approximately 20% of the population) were permitted to vote, etc.

17. In nineteenth century Britain it was usually young men educated at public schools or the sons of professionals who had the opportunities to enter competitive sport. Brookes applied what was commonly thought to be the ethos of the ancient Olympic Games – that they were open to “every grade of man,” and added to this medieval chivalry: he wanted working class men to compete in sport but to exercise fair play/chivalry at all levels of competition.

18. When the first Wenlock Olympian Games were staged in 1850, there was heavy criticism of Brookes’s insistence that the Games was open to the working classes and thus have a large number of scantily-dressed young men performing in front of women.

19. It was felt that such an event would cause drunkenness, rioting, lewd behavior, and that men would leave their wives. The Games were a huge success and none of the threatened disturbances occurred.

20. In 1858, Brookes established contact with the organizers of an Olympic Games revival in Athens sponsored by the Albanian-born, Evangelis Zappas, who was of ethnic Greek origin.

21. Brookes was also heavily involved in many other local activities. He became Chairman of the Wenlock Gas Company in 1856, which first brought lighting to the town.

22. He was a Commissioner for Roads and Taxes, Overseer of the Poor, and also became a Director of both the Wenlock and Severn Junction Railway Company and the later Wenlock Railway Company.

23. The first train to Much Wenlock was arranged to coincide with the Wenlock Olympian Games of 1861.

24. He was manager of the Much Wenlock National School, where, in 1871, he helped introduce drill and physical exercise into the curriculum.

25. He believed that as children at the school were likely to be employed in jobs that required physical strength, such as farming or quarrying, development of their physical strength was equally as important as their mental ability.

26. Brookes was progressive for his day in noting the link between mental and physical agility.

27. Regarding his own education, Brookes had been given the opportunity to experience some of the best teaching, hence his travel to Padua in Italy, one of the finest places in the world at that time to learn about herbal medicine and botany as the city’s university is located in the grounds of the medieval herb gardens.

28. Also, he attended the “walking the wards” teaching at the hospitals in Paris to observe innovative new methods in medicine.

29. In 1889, he invited Baron Pierre de Coubertin, the organizer of an International Congress on Physical Education, to Much Wenlock. He accepted, and in October 1890, he went to stay at the Brookes family home for several days. 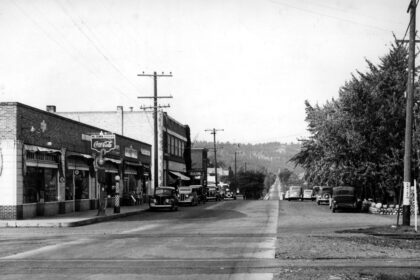 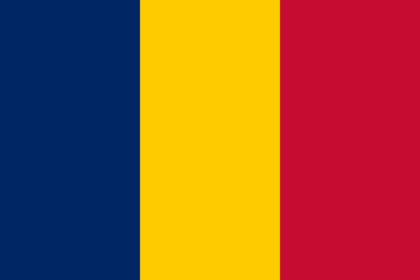