1. Napoleon Bonaparte was born in 1769 in Corsica, a Mediterranean island.

2. He joined the French army and due to his skills, he rose through the ranks and became a worthy leader.

3. After successful years as a leader, he captured political power in France in 1799.

4. First consul was the title given to him and he led France from then on.

5. He crowned himself as the emperor of France in 1804. His military expeditions continued and he conquered many of the neighboring areas of France.

7. In 1812, Napoleon attacked Russia. The fate was a little different this time.

8. Napoleon’s army had was brutally defeated and the army had to retreat.

10. The three armies drove his forces out of Iberian Peninsula in Peninsular War which took place from 1808 to 1814.

11. Battle of Leipzig took place in 1813. This battle is also known as Battle of Nations.

12. The army of Napoleon had to face another embarrassing defeat. Napoleon’s army was up against Austrian, Prussian, Swedish, and Russian forces.

13. With the defeat, morale of Napoleon and his army was low. He retreated to France in 1814 (March).

15. On 6 April 1814, Napoleon had to leave the throne. As per the Treaty of Fontainebleau, he had to leave France and take shelter in Elba, a Mediterranean island.

16. On 26 February 1815, Napoleon escaped Elba and reached the mainland France with a group of 1,000 hardcore supporters.

17. On 20 March, he reached Paris and people were very happy and were cheering for him.

18. The king, Louis XVIII, fled from Paris and Napoleon started another campaign which is now famously known as Hundred Days campaign.

20. Napoleon created a new army and wanted to attack each of his enemies singly before they could launch a collective attack on him.

21. In the month of June, 1815, Napoleon’s army marched into Belgium where British and Prussian forces were present.

22. The battle is called the Battle of Ligny. On 16 June 1815, Napoleon defeated Prussian forces but couldn’t destroy the entire Prussian army.

24. Arthur Wellesley, Duke of Wellington, was the commander of the combined forces.

25. It rained on the previous night (before the Battle of Waterloo started). So, Napoleon allowed the waterlogged area to dry and didn’t command his army to attack until midday.

26. This small mistake became the major reason for his defeat. This delay made sure that the Prussian army reached the battleground and the coalition troops’ number increased from 68,000 to 98,000 troops.

27. This turned the fate of Napoleon. Because of his age (he was in his 40s), his ill health, he made a lot of mistakes while leading the army and appointed inadequate commanders.

29. Battle of Waterloo was the end of Napoleon’s military expeditions. He is said to leave the battleground in tears.

30. On 22 June 1815, he was dethroned. He was sent to exile once again, this time to Saint Helena, present in the South Atlantic Ocean, in the month of October. 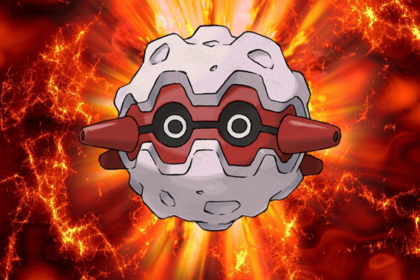