John Calvin was a French theologian, pastor and reformer in Geneva during the Protestant Reformation. He was a principal figure in the development of the system of Christian theology later called Calvinism, aspects of which include the doctrines of predestination and of the absolute sovereignty of God in salvation of the human soul from death and eternal damnation. Take a look below for 30 awesome and interesting facts about John Calvin.

1. Various Congregational, Reformed and Presbyterian churches, which look to Calvin as the chief expositor of their beliefs, have spread throughout the world.

2. Calvin was a tireless polemic and apologetic writer who generated much controversy.

3. He exchanged cordial and supportive letters with many reformers, including Philipp Melanchthon and Heinrich Bullinger.

4. In addition to his seminal Institutes of the Christian Religion, Calvin wrote commentaries on most books of the Bible, confessional documents and various other theological treatises.

5. Originally trained as a humanist lawyer, he broke from the Roman Catholic Church around 1530. 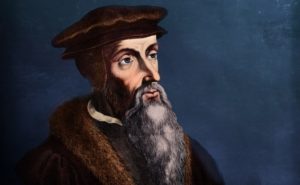 6. After religious tension erupted in widespread deadly violence against Protestant Christians in France, Calvin fled to Basel, Switzerland, where in 1536, he published the first edition of the Institutes.

7. In 1536, Calvin was recruited by Frenchman William Farel to join the Reformation in Geneva, where he regularly preached sermons throughout the week.

8. At the invitation of Martin Baucer, Calvin proceeded to Strasbourg, where he became the minister of a church of French refugees.

9. He continued to support the reform movement in Geneva, and in 1541, he was invited back to lead the church of the city.

10. Following his return, Calvin introduced new forms of church government and liturgy, despite opposition from several powerful families in the city who tried to curb his authority.

11. Michael Servetus was denounced by Calvin and burned at the stake for heresy by the city council. 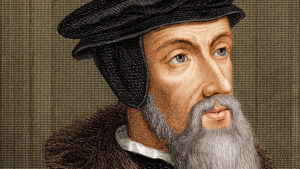 13. His father, Gerard Cauvin, was the apostolic secretary to the Bishop of Noyon and also the proctor in the Chapter of the diocese and the fiscal procurator of the county.

14. His mother, Jeanne Le Franc, was noted for her beauty and piety.

15. Calvin was the second surviving son of his parents.

16. His elder brother was Charles and his younger brother was Antoine. His father wanted all of them to join the church and brought them up accordingly.

17. Calvin’s mother died four or five years after his birth.

18. Shortly after the death of his mother, his father remarried and he was sent to live with the Montmors, an influential family in the neighborhood.

19. He had always been an exceptional child. When he turned 12 years old, he was employed as a clerk by the Bishop. This was also the time when he received his tonsure. 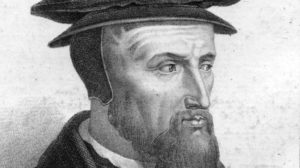 23. While studying at the University of Bourges, Calvin came in contact with humanist lawyer Andrea Alciato and was also exposed to Renaissance humanism propagated by Erasmus and Jacques Lefevre d’Etaples.

25. His father died soon after Calvin earned his law degree and left him free to follow his scholarly ambitions. 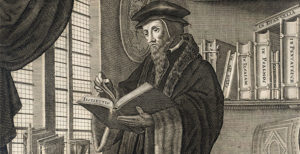 26. With the death of his father, Calvin immersed himself in the study of Renaissance ideas, publishing his first book, a commentary on Seneca’s De Clementia in 1532.

27. In 1533, he returned to Paris. At that time, opposition to the Roman Catholic Church had already started.

28. In March 1536, Calvin published the first edition of his famous book, Institutio Christianae Religionis” from Basel.

29. Although Calvin was against the notion of celibacy, he didn’t marry for a long time. However, in August 1540, urged by his friends, he married Idelette de Bure. She was a widow with two children from her first marriage.

30. On July 28, 1542, Idelette gave birth to their son, Jacques; however, he didn’t live long. Some also believe that they had one or two daughters, who also died in infancy. 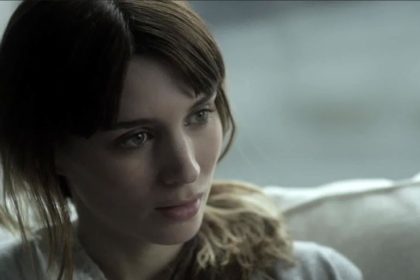