Georges-Eugene Haussmann, commonly known as Baron Haussmann, was a prefect of the Seine Department of France chosen by Emperor Napoleon III to carry out a massive urban renewal program of new boulevards, parks and public works in Paris commonly referred to as Haussmann’s renovation of Paris. Critics forced his resignation for extravagance, but his vision of the city still dominates central Paris. Take a look below for 30 more awesome and fascinating facts about Georges-Eugene Haussmann.

1. Haussmann was born in Paris on March 27, 1809, at 53 rue du Faubourg-du-Roule, in Beaujon, the son of Nicolas-Valentin Haussmann and of Eve-Marie-Henriette-Caroline Dentzel, both of German families, the daughter of a general and a deputy of the French National Convention.

2. He was the grandson of Nicolas Haussmann (1759–1847), a deputy of the Legislative Assembly and National Convention, an administrator of the Department of Seine-et-Oise and a commissioner to the army.

3. He began his schooling at the Collège Henri-IV and at the Lycée Condorcet in Paris, and then began to study law.

4. At the same time, he studied music as a student at the Paris Conservatory, as he was a talented musician.

6. They had two daughters: Henriette, who married the banker Camille Dollfus in 1860, and Valentine, who married Vicomte Maurice Pernéty, the chief of staff of his department, in 1865.

7. On 21 May 1831, Haussmann began his career in public administration; he was named the secretary-general of the prefecture of the Department of Vienne at Poitiers; then, on 15 June 1832, he became the deputy prefect of Yssingeaux.

8. Following that post, he became deputy prefect of the Lot-et-Garonne Department at Nérac on 9 October 1832; the Ariège Department at Saint-Girons on 19 February 1840; and the Gironde Department at Blaye on 23 November 1841.

10. Napoleon III and Haussmann launched a series of enormous public works projects in Paris, hiring tens of thousands of workers to improve the sanitation, water supply and traffic circulation of the city.

11. Napoleon III installed a huge map of Paris in his office, marked with colored lines where he wanted new boulevards to be.

12. He and Haussmann met almost every day to discuss the projects and overcome the enormous obstacles and opposition they faced as they built the new Paris.

13. Beginning in 1854, in the centre of the city, Haussmann’s workers tore down hundreds of old buildings and cut eighty kilometers of new avenues, connecting the central points of the city.

14. Haussmann managed to rebuild the city in 17 years.

15. To thank Haussmann for his work, Napoleon III proposed in 1857 to make Haussmann a member of the French Senate and to give him an honorary title, as he had done for some of his generals.

16. Haussmann asked for the title of baron, which, as he said in his memoirs, had been the title of his maternal grandfather, Georges Frédéric, Baron Dentzel, a general under the first Napoleon, of whom Haussmann was the only living male descendant.

17. One of the leaders of the parliamentary opposition to Napoleon, Jules Ferry, ridiculed the accounting practices of Haussmann as Les Comptes fantastiques de Haussmann, or “The fantastic accounts of Haussmann”, in 1867.

18. The republican opposition to Napoleon III won many parliamentary seats in the 1869 elections, and increased its criticism of Haussmann.

19. Napoleon III gave in to the criticism and named an opposition leader and fierce critic of Haussmann, Emile Ollivier, as his new prime minister.

20. Haussmann was invited to resign.

21. Haussmann refused to resign, and was relieved of his duties by the Emperor.

22. Six months later, during the Franco-German War, Napoleon III was captured by the Germans, and the Empire was overthrown.

23. In his memoirs, Haussmann had this comment on his dismissal: “In the eyes of the Parisians, who like routine in things but are changeable when it comes to people, I committed two great wrongs; over the course of seventeen years I disturbed their daily habits by turning Paris upside down, and they had to look at the same face of the Prefect in the Hotel de Ville. These were two unforgivable complaints.”

24. After the fall of Napoleon III, Haussmann spent about a year abroad, but he re-entered public life in 1877, when he became Bonapartist deputy for Ajaccio.

28. At the time of their deaths, they had resided in an apartment at 12 rue Boissy d’Anglas, near the Place de la Concorde. The will transferred their estate to the family of their only surviving daughter, Valentine Haussmann.

30. Haussmann had been made senator in 1857, member of the Academy of Fine Arts in 1867, and grand cross of the Legion of Honour in 1862. His name is preserved in the Boulevard Haussmann. 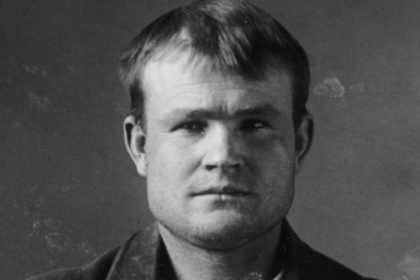 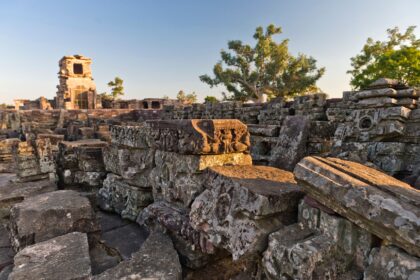 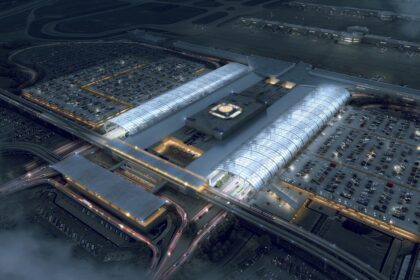 30 Crazy And Fun Facts About The Atlanta International Airport