1. The town was established as a Moravian mission in 1771 by Jens Haven and other missionaries.

3. Nain is inaccessible by road and may be reached only by air or sea.

4. Nain was first established in 1771 by Moravian missionaries.

5. It is among the oldest permanent Inuit settlements in Canada, most communities in Nunavut and Nunavik were settled in the 1950s or later.

6. It is also the oldest continuously-inhabited community in Labrador after North West River. Nain has also been called “Nonynuke”, “Nuninock” and “Nunaingoakh”.

7. The missionaries also established posts in Hopedale and areas in the north such as Hebron and Okak.

9. Many Inuit in the south traveled to the Moravian posts in the north to be baptized and then returned to the south.

10. The Moravians established posts only in northern areas since the Colony of Newfoundland hoped to colonize southern Labrador.

12. In 1893, Nain’s residents adopted patrilineal surnames at the request of Newfoundland courts.

13. Many people took names of the missionaries (such as “Kohlmeister” and Townley”) while others chose traditional names such as “Agnatok”, “Kalleo”, “Karpik”, “Merkuratsuk”, “Pamak” and “Saksagiak” or other European names such as “Abel” and “Obed”.

14. During the 19th-century, many people from southern parts of Labrador settled on islands near Nain and introduced names to the area such as “Dicker” and “Webb”. Most of these island settlements were resettled in the 1950s and 1960s and their inhabitants mostly settled in Nain.

15. In 1959, residents of Hebron and Nutak resettled to Nain, Hopedale, Makkovik and Happy Valley-Goose Bay.

16. The relocation had a huge impact on residents of Hebron and Nutak since the land in Nain (and other communities) was very different (resulting in difficulties when hunting) and many families were divided.

17. Poverty and alcoholism has affected many of the families that originated in Hebron and Nutak. The provincial government apologized for the relocations in 2005.

18. Many Inuit from Hebron were relocated to Nain by the provincial government after the Moravian mission at Hebron was closed under government pressure in 1959.

19. In 2016, the Google Street View imaging service uploaded images of various roads in Nain. Nain is one of the few communities in Labrador with images on the service.

20. On December 1, 2005, Nain became the administrative capital of the autonomous region of Nunatsiavut which is the name chosen by the Labrador Inuit when the Labrador Inuit Land Claims Agreement Act was successfully ratified by the Canadian Government and the Inuit of Labrador. Hopedale, further south, is the legislative capital.

22. The Inuit of Labrador do not own this land per se, but they do have special rights related to traditional land use as aboriginals. That said, the Labrador Inuit will own 15,000 km2 (5,800 sq mi) within the Settlement Area, officially designated as Labrador Inuit Lands. The Agreement also provides for the establishment of the Torngat Mountains National Park Reserve, consisting of about 9,600 square kilometres (3,700 sq mi) of land within LISA.

23. Nain is located on the north side of Unity Bay, a small inlet. The bay is open to the Atlantic Ocean but Nain’s harbour is protected by numerous islands, the largest of which is Paul’s Island. From Nain to the open Labrador Sea is approximately 50 km (31 mi) east through Strathcona Run.

24. Although located at the same latitude as Ketchikan on North America’s west coast or Moscow, Scotland and southern Scandinavia in Europe, the influence of the Labrador Current gives Nain a marginal subarctic climate (Dfc) that is very close to a polar climate (ET), which creates the southernmost tree line in the northern hemisphere on the adjacent coast. The southernmost tundra is actually still in a zone of discontinuous permafrost rather than the much more typical continuous zone.

25. The almost constant presence of the Icelandic Low means that precipitation, both as rain and snow, is exceptionally heavy for so consistently cold a climate in a low-lying area, with 5 metres (16 ft) of snow falling each winter. The actual depth of snow on the ground averages 1.13 metres (44 in) at the end of March.

26. The town is governed by a seven-member council composed of a mayor (or Angajukĸâk), deputy mayor (Deputy Angajukĸâk), and five councilors.

28. Nain has one kindergarten to level III school, Jens Haven Memorial, which is split between two buildings. One building contains primary grades (kindergarten to grade 3), the other houses elementary and secondary grades (grade 4 to Level III).

29. There is also an adult basic education (ABE) program offered in town, delivered by Academy Canada. Academy Canada delivers this program in Nain and throughout Labrador in communities including Happy Valley – Goose Bay, Hopedale, Labrador City, Natuashish and Sheshatshiu.

30. Fishing is the main industry in Nain. Traditional hunting and trapping activities continue through the winter months after the fishing season has ended. 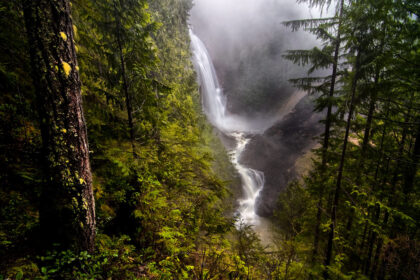 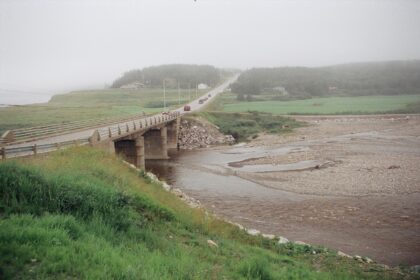