2. This new French settlement was renamed in honour of Queen Anne following the Siege of Port Royal in 1710 by Britain.

3. The town was the capital of Acadia and later Nova Scotia for almost 150 years, until the founding of the City of Halifax in 1749.

4. It was attacked by the British six times before permanently changing hands after the Siege of Port Royal in 1710.

5. Over the next fifty years, the French and their allies made six unsuccessful military attempts to regain the capital. Including a raid during the American Revolution, Annapolis Royal faced a total of thirteen attacks, more than any other place in North America.

6. As the site of several pivotal events during the early years of the colonisation of Canada, the historic core of Annapolis Royal was designated a National Historic Site of Canada in 1994.

7. Annapolis Royal is situated in a good but shallow harbour at the western end of the fertile Annapolis Valley, nestled between the North and South mountains which define the valley.

8. The town is on south bank of the Annapolis River facing the heavily tidal Annapolis Basin.

9. The riverside forms the waterfront for this historic town.

10. Directly opposite Annapolis Royal on the northern bank of the river is the community of Granville Ferry.

11. Allains Creek joins the Annapolis River at the town, defining the western side of the community.

12. The Bay of Fundy is just over the North Mountain, 10 kilometres north of the town.

13. The original French year-round settlement at present-day Port Royal, known as the Habitation at Port-Royal, was established in 1605 by François Gravé Du Pont, Samuel de Champlain, with and for Pierre Dugua, Sieur de Mons. (Annapolis Royal is twinned with the town of Royan in France, birthplace of Sieur de Mons.) The Port-Royal site is approximately 10 km (6.2 mi) west of present-day Annapolis Royal at the mouth of the Annapolis River on the Annapolis Basin.

14. This initial settlement was abandoned for several years after being destroyed by British-American attackers in 1613, but was significantly the first year-round European settlement in Canada. It was also likely to have been the site of the introduction of apples to Canada in 1606.

15. In 1629, Scottish settlers, under the auspices of Sir William Alexander, established their settlement, known as Charlesfort, at the mouth of the Annapolis River (present site of Annapolis Royal). The settlement was abandoned to the French under the terms of the Treaty of Saint-Germain-en-Laye (1632). A second French settlement replaced the Scottish Charlesfort at present-day Annapolis Royal.

16. It was also called Port Royal and it developed into the capital of the French colony of Acadia. Port-Royal under the French soon became self-sufficient and grew modestly for nearly a century, though it was subject to frequent attacks and capture by British military forces or those of its New England colonists, only to be restored each time to French control by subsequent recapture or treaty stipulations. Acadia remained in French hands throughout most of the 17th century.

18. After success in the local Battle of Bloody Creek (1711), 600 Acadians and native warriors attempted to retake the Acadian capital. Under the leadership of Bernard-Anselme d’Abbadie de Saint-Castin they descended on Annapolis Royal and laid siege to Fort Anne. The garrison had fewer than 200 men, but the attackers had no artillery and were thus unable to make an impression on the fort. They eventually dispersed, and Annapolis Royal remained in British hands for the remainder of the war.

19. Under the 1713 Treaty of Utrecht, Acadia was formally granted to the British; however, the vague boundary definitions saw only the peninsular part of Nova Scotia granted to Britain. The next half-century would see great turbulence as Britain and France vied for dominance in Acadia and in North America more generally.

22. The French fort was renamed Fort Anne and established as a British garrison. The fort, built originally around 1703, was designed to defend the capital of Acadia/ Nova Scotia from seaward attack. Today, much of the original earthen embankments may be visited, as well as some buildings original to the military facility and the Garrison Cemetery. This is the oldest formal cemetery in Canada, dating back to the French and later the British. The oldest English gravestone in Canada is among the graves, that of Bathiah Douglas who was buried in 1720.

23. In addition to the town’s historic district and Fort Anne, the Annapolis County Court House, the site of Charles Fort, and the Sinclair Inn/Farmer’s Hotel are also each individually designated as National Historic Sites.

24. The trains of the Dominion Atlantic Railway, running from Halifax to Yarmouth, were suddenly shut down in 1990 and the track removed, bringing much industrial commerce within the confines of Nova Scotia’s smallest town to a halt. Today, after many years of neglect, the old brick railway station has been privately renovated into professional office space.

25. The fleet of scallop boats using the Annapolis Basin as a base continue to generate millions of dollars of economic activity each year, and support many businesses in the Annapolis Royal area. The “haul-up” beside the Government Wharf (recently divested by the federal government to the local citizenry) continues to overhaul and refurbish many scallop boats every year.

26. The town also contains the largest registered Historic District in Canada, as well as a waterfront boardwalk, a variety of unique shops, and a picturesque landscape. Visitors can enjoy a fine selection of inns, bed-&-breakfast, and hotel accommodations, as well as the Annapolis Royal Historic Gardens (established in 1986), many shops and galleries, including Westside Studio, the Lucky Rabbit Pottery, and Catfish Moon. There is a very lively Annapolis Region Community Arts Council gallery at ArtSpace, and King’s Theatre offers both live and motion-picture entertainment regularly. Every Saturday morning there is a Farmers Market (summers at the Market Square), off-season at the Historic Gardens. Visit the Town website for a full listing.

27. The town also offers various historical walking-tours. During the summer, late night, guided candlelight Garrison Cemetery tours are available and very popular. An added benefit is the scenery of the surrounding countryside, much of which is agricultural. The mild climate and scenic location make this a favourable destination in all seasons. Nova Scotia’s largest amusement park, Upper Clements Park and Adventure Park, is west of the town in nearby Upper Clements. 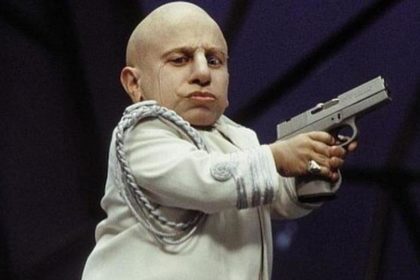 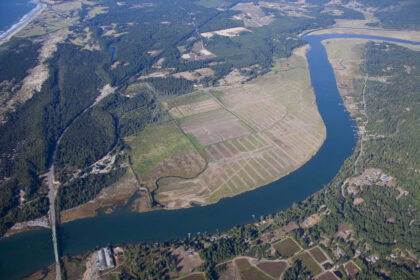