Pies are baked dishes which are usually made from a pastry dough casing that covers or completely contains a filling of various sweet or savoury ingredients. Historians have recorded that the roots of pie can loosely be traced back to Ancient Egyptians during the Neolithic Period of the New Stone Age beginning around 6000 B.C. Take a look below for 26 more interesting and fun facts about pies.

1. Pumpkin pie was first introduced to the American holiday table at the pilgrim’s second Thanksgiving in 1623.

2. According to the American Pie Council, Americans buy more than 186 million pies at the grocery store each year. That is enough to stretch around the globe and beyond. 7% of American have also tried to pass off store bought pie as homemade.

4. Mrs. Cornelius’ 1859 pastry recipe published in The Young Housekeeper’s Friend had just 3 ingredients, 3 pounds of flour, half a pound of lard and a pound of butter.

5. 1 in 5 Americans surveyed by the American Pie Council have eaten an entire pie by themselves.

6. One third of American have eaten a slice of pie in bed. 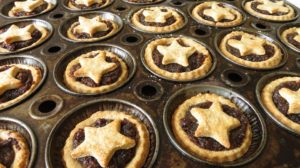 7. Boston Cream Pie is the state dessert of Massachusetts, but it’s not actually a pie. It’s actually a sponge cake and custard creation with a chocolate glaze baked in a pie pan. The Omni Parker House in Boston lays claim to the invention, which was baked by Chef M. Sanzian.

8. Apple pie is the go to favorite in 24 states in the United States.

9. A man once robbed a bank armed with apple pies. He claimed that he had a pair of bombs with him, but they turned out to be apple pies from McDonalds.

10. Historians believe that the Greeks originated pie pastry. In the plays of Aristophanes, which took place in the 5th century B.C., there are mentions of sweetmeats including small pastries filled with fruit.

11. The Romans, who sampled the delicacy, carried home recipes for making it.

13. With the expanding Roman Empire, pie cooking spread throughout Europe.

14. The first reference to “pyes” as food appeared in England as early as the 12th century.

15. the Pilgrim feathers and early settlers brought their pie recipes with them to America, adapting to the ingredients and techniques available to them in the New World. Their first pies were based on berries and fruits that were pointed out to them by the Native Americans.

16. The typical American pie is round, about 20 to 25 centimeters, or 8 to 10 inches in diameter, 5 to 8 centimeters, or 2 to 3 inches thick, and has some kind of sweet filling of fruit, custard, or a pastry cream.

17. Pies can be made either one crust, where the filling is placed in the pastry dough and baked without a top crust or two crust, with the filling completely enclosed on the top and bottom within the pastry shell.

18. Apple pie is the most popular flavor in the United States, followed by pumpkin, chocolate, lemon meringue and cherry.

19. Apple pie was brought to the colonies by the British, Dutch and Swedes during the 17th and 18th centuries.

20. The world’s most expensive pie was made at the Lord Dudley Hotel in Sydney and is worth about $9,500. The ingredients include two cuts of premium beef, two whole rock lobsters, rare winter black truffles, two bottles of Penfolds Grange Reserve and pasty with a 24 karat German gold leaf. 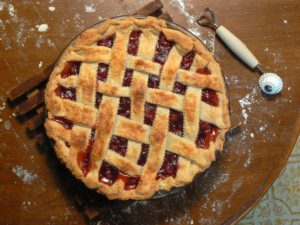 23. The world record for the biggest custard pie fight is 253 people gathering to throw 648 pies in a matter of minutes. The record was achieved in Colchester, Essex, United Kingdom on August 13, 2009.

24. The largest shaving cream pie fight consisted of 1,180 participants and was achieved by Another Fine Fest in Ulverston, United Kingdom on June 18, 2016.

25. In “A Winter’s Tale,” Shakespeare gives a recipe for a warden pie, which includes mace, nutmeg, ginger, prunes, raisins, and saffron to color it. 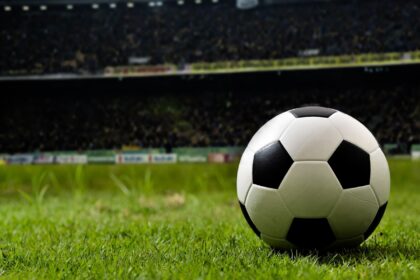 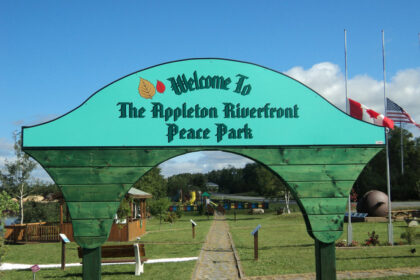