Cherries are plants belonging to the genus Prunus. They’re a drupe, or stone fruit, that are obtained from cultivars of a limited number of species such as the sweet cherry and the sour cherry. Take a look below for 25 more interesting and fascinating facts about cherries.

1. The name “cherry” also refers to the cherry tree, and is sometimes applied to almonds and visually similar flowering trees in the genus Prunus, as in “ornamental cherry” or “cherry blossom.”

2. Wild cherry may refer to any of the cherry species growing outside cultivation, although Prunus avium is often referred to specifically by the nae “wild cherry” in the British Isles.

3. Many cherries are members of the subgenus Cerasus, which is distinguished by having the flowers in small corymbs of several together and by having smooth fruit with only a weak groove along one side, or no groove.

4. The English word “cherry” comes from Old Northern French or Normal “cherise” from the Latin “cerasum,” referring to an ancient Greek region, Kerasous, near Giresun, Turkey, from which cherries were first thought to be exported to Europe. 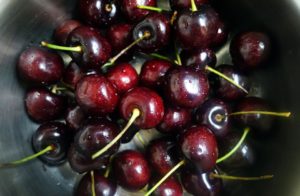 5. The indigenous range of the sweet cherry extends through most of Europe, western Asia, and parts of northern Africa. The fruit has been consumed throughout its range since prehistoric times.

6. A cultivated cherry is recorded as having been brought to Rome by Lucius Licinus Lucullus from northeastern Anatolia, which was known as the Pontus region in 72 BC.

7. Cherries were introduced into England at Teynham, near Sittingbourne in Kent, by order of Henry VIII, who had tasted them in Flanders.

8. Cherries arrived in North America early in the settlement of Brooklyn, New York, when the region was under Dutch sovereignty.

9. Canada holds the record for baking the biggest cherry pie in the world. A pie weighing 39,683 pounds was baked in Oliver, British Columbia which broke the record that was earlier held by Traverse City.

10. Kirsch was the name given to cherries that were first cultivated in Mesopotamia in 8 BC. 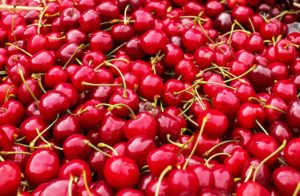 11. At one point in time, serving ice cream on cherry pie in Kansas was prohibited.

13. Every year, the Tree-Mendus Fruit Farm hosts the International Cherry Pit Spit contest in Eau Claire, Michigan. The competition has gained immense popularity and the town is now known as the Cherry Pit Spitting Capital of the World.

14. To really bring out the flavor of cherry, use a quarter teaspoon of pure almond extract.

15. Glace cherries are processed for extra two weeks. This gives them a candy-like property and area ideally used in the traditional cake or even cake decorations.

16. A chemical reaction between cherries and alkalies such as baking powder causes a blue discoloration in a baked product. This can be prevented by using sour cream instead of milk in the recipe or by adding an acidic liquid. 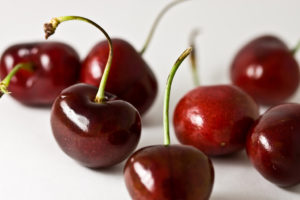 17. Archaeologists have discovered fossilized cherry pits in prehistoric caves throughout Europe and Asia. The earliest written mention of cherries comes from the Greek author Theophrastus, who inventoried the fruit in his History of Plants in 300 BCE.

18. Cherries were part of Roman soldiers’ rations, and as they traveled, the pits they discarded became the trees that proliferated throughout the empire. There was a saying that to find the old Roman roads, all you had to do was follow the wild cherry trees.

19. From Lamberts to Lapins to Rainers and Royal Anns, there are more than 500 varieties of sweet cherries, and almost as many tart ones. However, only 20% are used in commercial production.

20. Washington grows an estimated 62% of U.S. sweet cherries, which is the popular species that’s commonly eaten raw during the summer.

21. A typical cherry tree produces 7,000 cherries. Many growers use a mechanical shaker, which grips the tree and rattles it hard enough to loosen the fruit, which falls onto a giant tarp that then feeds onto a conveyor belt.

22. From the 1990s, Turkey produces 535,000 tons of cherries annually. This makes it the world’s leading producer; which makes sense considering the country’s fertile climate and the fact that cherries originated from Asia Minor, which includes modern-day Turkey. 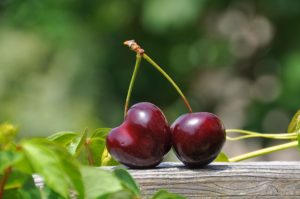 23. The original Maraschino cherry was a Marasca cherry that was placed in an ocean water brine and then a liqueur made from the fruit’s juices, with ground up leaves and cherry pits added in for good measure.

25. Cherries are best paired with herbs like sage, chives, and verbena; dairy products like sweet cream and ricotta cheese; and with meats like port and beef, especially when black pepper is added.

26. Cherries are known to have a very short fruiting season. Areas of Northern America see cherries as the first ones to ripen among other fruits; therefore, the term “in cherry condition” was derived to mean something new. 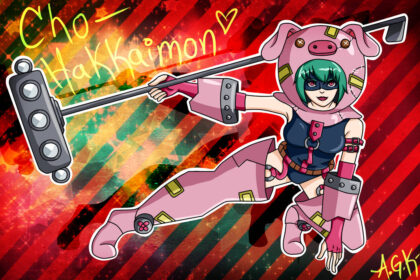 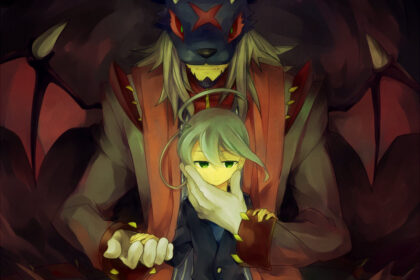