1. It supplied pulp and paper for the mills in Grand Falls for many years and was famous for its large spring log drives.

2. The town is located in the interior of the island, twenty miles west of Grand Falls in Division No. 6.

4. The name of the town was taken from Badger Brook, which flows through the town and is a tributary of the Exploits River.

6. The history of human settlement in what is now Badger can be traced back to the Beothuck, who are known to have lived where Badger Brook flows into the Exploits River.

7. There are remains of Beothuck sites known in the area. A strategically important point with regards to transportation by water, the Mi’kmaq are also known to have used this area as a camp site when traveling to the Exploits River and on to Halls Bay.

8. The Mi’kmaq family names most closely associated with Badger are Paul and Barrington, and it is a John Paul that is thought to be the first permanent resident of the town. John Paul and John Barrington are known to have trapped in current Badger area. John Barrington also served as a guide in the 1875 survey for the Newfoundland railway.

9. The area was all wilderness until about 1894, when the Newfoundland Railway went through. Soon after, the first railway workers settled there. Around that same time, lumbering operations commenced and was initially a source of logs for the Exploit Lumber Company, who had a sawmill at Botwood and owned the timber limits.

10. The same company established a mill at Badger sometime around the turn of the century. According to the Encyclopedia of Newfoundland and Labrador, there were two mills in the area in 1901. A company known as the Newfoundland Pinelands Company owned a mill at Badger in 1905. Pinelands was a Harvey and Company subsidiary. The lumbering operations in Badger were taken over in the period 1905–1909 by Harry Judson Crowe, who would later sell the timber limits to the A.E. Reed (Newfoundland) company as a source of wood for their Bishop’s Falls pulp mill.

11. In 1911, the Reed company began a series of sales of timber rights with the Anglo-Newfoundland Development Company (“A.N.D.”) which led to the latter’s acquisition of most of the timber limits in the area. In 1910–1911 A.N.D. established Badger Woods Division to facilitate logging operations.

12. From that point until 1965 the A.N.D. Co would be the most important force in the local economy. In 1911 AND Co built warehouses, repair shops, blacksmiths forges and a cable scow to facilitate the movement of men, horses and supplies across the Exploits River.

13. Perhaps Badger’s most important role in logging was that it was from there that the “Badger Drive” was conducted. This log drive took place on the Exploits River between Badger and Grand Falls and was carried on between 1908–1991. It was famously described by John Valentine Devine in his song The Badger Drive.

14. Most all of the pulpwood from Millertown and Badger divisions west of Badger had to pass through the area. To facilitate this, hundreds of men were employed keeping the logs flowing down the river.

15. During the 1920s, a tractor repair garage was also built by A.N.D. Co. in the town to repair its tractors. This garage later involved the Newfoundland Tractor and Equipment Company, who preferred to do all the maintenance for A.N.D. Co. With the building of the road to Halls Bay, Badger became a railhead for the communities in the Springdale and Green Bay areas.

16. For many years Badger, was essentially a company town, with most services provided by the Anglo-Newfoundland Development Company. Under this company, the town was the responsibility of a man by the name of Hugh Wilding Cole. Cole was an Englishman who came to work for A.N.D. Co in 1905. As superintendent of the Badger Division, Cole was known as the “Mayor of Badger.”

17. As logging was the mainstay of the area, Badger received national attention during the 1959 Newfoundland International Woodworkers of America (IWA) Strike. The Strike culminated in March 1959 with a riot in the town in which one policeman was killed and dozens of loggers injured.

18. When a bridge was built over the Exploits River at Grand Falls in the early 1960s, Badger’s importance as the gateway into the lumber woods was greatly diminished.

19. In 1965 it ceased to be a woods division. Despite this, logging remained important to the community for many years.

20. Some people found employment in mining at the nearby Buchans and Gullbridge mines, though these would later close. The closure of these mines combined with the closure of the Newfoundland Railway in 1988 took much importance away from the town.

21. Today many residents, as well as students, commute to Grand Falls-Windsor for work and school. As of late, important players in the town economy include several gas stations and restaurants, a heavy equipment training school and a metal fabrication establishment.

22. Long plagued by flooding, Badger was inundated by a catastrophic flood on Saturday, February 15, 2003 when the Exploits River, Red Indian River, and Badger River were backed up with ice jams, causing water levels to rise 2.5 meters overflowing their banks and flooding the town under several feet of water and ice.

23. The town was forced to evacuate and many found lodging in nearby Grand Falls-Windsor.

25. The book would become the bestselling book in Atlantic Canada for that year. 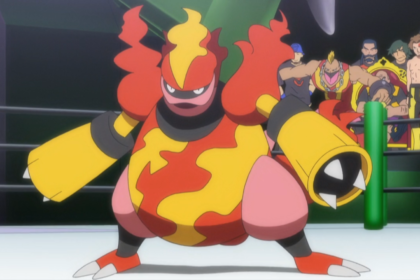 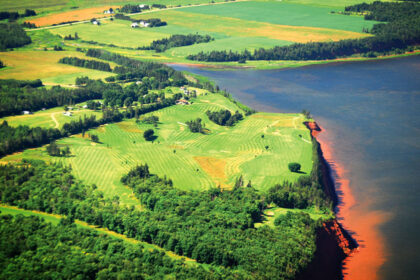 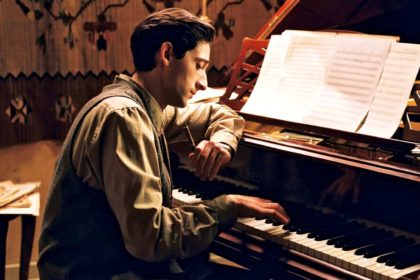