Forretress is a dual type Bug and Steel Pokemon introduced in Generation II. It evolves from Pineco starting at level 31. Take a look below for 25 awesome and interesting facts about Forretress.

1. Forretress is a large, spherical Pokemon with no visible limbs.

2. The upper and lower halves of its body are capped by bumpy steel plates.

3. The outer plates have zigzagging ridges that open along its back and front, revealing its smooth, red inner shell.

4. The inner shell is punctuated by four cylindrical spikes, each tapering to an open point.

5. Between the spikes, the inner shell opens along a straight line to reveal Forretress’s eyes, which are round with large pupils. Whatever else lies inside its shell is unknown.

6. Forretress can defend itself from enemies by shooting out pieces of its outer shell, as a conditioned reflex rather than a conscious effort.

7. It opens its shell to capture prey, but this happens so quickly that its interior body cannot be seen.

8. It lives in tropical and temperate forests, attaching itself immovably to tree trunks.

9. Forretress and its pre-evolution share their category with Burmy and Wormadam. They are all known as the Bagworm Pokémon.

10. Forretress is the first original Steel Pokémon in the National Pokédex, as Magnemite and its evolution were not Steel types in Generation I.

11. Forretress’s Crystal still sprite is different from that of Gold and Silver, making it one of few Pokémon to have three distinctly different sprites in Generation II.

12. In Pokémon Ranger: Guardian Signs, its Poké Assist is shown to be Steel in the capture screen, but turns out to be Normal after the capture.

13. Forretress is based on a bagworm, possibly one inhabiting a discarded shell of a horse chestnut or a walnut. Because of its “shell”, and the fact its spikes resemble cannons, it may have been based on a giant clam or other mussels and shellfish with functioning nozzles.

14. Forretress and Foretos are a combination of forest and fortress. It may also contain turret, referring to the nozzles on its body that it uses to launch Spikes, and/or ferrous, from the Latin for iron/steel, referring to the steel quality of the shell.

15. Forretress debuted after Brock’s Pineco evolved into it in Entei at Your Own Risk in order to save a group of Pokémon at a hot spring from Team Rocket. When Brock went to Hoenn, the only Pokémon he brought with him was his Forretress. Brock later left Forretress at home when he headed to Sinnoh.

16. A Forretress appeared in Brock’s demonstration in A Bite to Remember, where it evolved from a Pineco.

17. A Coordinator’s Forretress appeared in Win, Lose or Drew!, where it was seen competing in the Slateport Contest.

18. A Forretress appeared in Steeling Peace of Mind!, where it was one of the Steel-type Pokémon on Iron Island that had gone crazy due to Team Galactic’s actions.

19. Forretress debuted in Forretress of Solitude, under the ownership of the Pokémon Association. Red had to fight two to pass his aptitude test to be Viridian City’s Gym Leader.

20. A Forretress was seen in Crossing Crobat, under the ownership of Janine. She used it to escape from the security guards with its Spikes after she tried to steal a Big Pearl from the Goldenrod Museum as a security test.

21. A Forretress appeared in The Last Battle XIII as one of the Pokémon sent to participate in the fight in Ilex Forest.

22. Carr has many Forretress, which first appeared in A Beastly Cold Reception. He often orders an Explosion attack to destroy the surroundings. Near the end of the FireRed & LeafGreen chapter, he has ten of them nearly detonate the Team Rocket airship after realizing that Giovanni had planned to use the Three Beasts as pawns to reunite with his son.

23. In Softening Up Kakuna, a Forretress was used by a Trainer that was challenging the Battle Factory.

24. Multiple Forretress appeared in a picture in Omega Alpha Adventure 4.

25. A Trainer’s Forretress appeared in Let’s Fight For The Future!!. 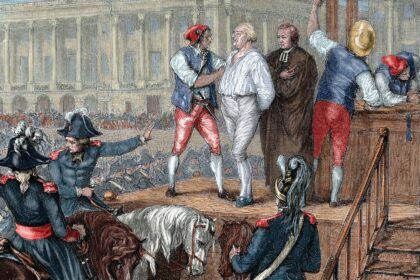 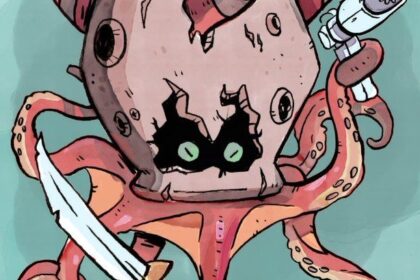 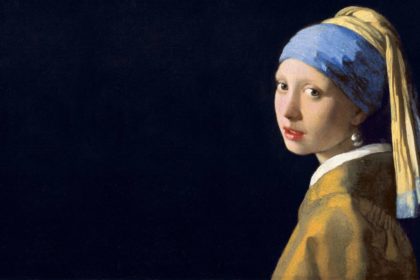