1. It overlooks the west side of Conception Bay and had a history long tied to fishing and shipbuilding.

2. Since the late 20th century, its economy has changed to emphasize education, health care and retail.

5. The harbour appears on early Portuguese maps as early as the late 1500s as Cabo Carvoeiro (later anglicized as Cape Carviero).

6. There are a number of different theories about the origin of the town’s name. Possibly from the Spanish word “carbonera” (charcoal kiln); Carbonera, a town near Venice, Italy where John Cabot (Giovanni Caboto) had been resident; or from a number of French words, most likely “Carbonnier” or “Charbonnier,” meaning “coalman.”

7. In the late 20th century, historian Alwyn Ruddock of the University of London, one of the world’s foremost experts on John Cabot’s expeditions to the New World, suggested that a group of reformed Augustinian friars, led by the high-ranking Giovanni Antonio de Carbonariis, accompanied Cabot on his second voyage to reach North America in 1498.

8. The friars stayed to establish a mission community in Newfoundland for the Augustinian order of the Carbonara.

9. She believed that the settlement may have been short-lived but built a church.

10. The modern name of the town may be derived from the order and its church.

11. If true, Carbonear would have been the first Christian settlement of any kind in North America, and the site of the oldest, and only, medieval church built on the continent.

12. Evan Jones of the University of Bristol is leading further investigations of Dr Ruddock’s claims to find additional evidence with colleagues in what is known as The Cabot Project.

13. By the time the British began permanent colonization of the island in the early 17th century, the name Carbonear was already being used by the seasonal fishermen familiar with the area.

14. Most of the area’s land had been granted to Sir Percival Willoughby.

16. He moved there from the other colonies by no later 1631 to fish and farm the land with his family in an agreement with Willoughby.

17. The Guy family continued as the predominant planter family in Carbonear throughout the 17th century.

18. At about this time legend tells of an Irish princess of the O’Conner family, Sheila NaGeira, who settled in Carbonear after being rescued by privateer Peter Easton and marrying his first officer Gilbert Pike.

19. Much is known about Easton and his exploits, but evidence of NaGeira has yet to be found. The legend’s combination of romance, pirates, and New World adventure has inspired much research and numerous works of fiction on the topic.

20. By the late 17th century, unlike many settlements in Newfoundland from this period where men outnumbered the women by a ratio of ten to one, Carbonear was a true community with families, and many women and children to help develop the town’s prosperity. It became a target for England’s enemies, and privateers.

21. When war broke out with France, Carbonear was attacked by French captain Pierre Le Moyne d’Iberville during the Avalon Peninsula Campaign. The citizens survived by retreating to the fortified Carbonear Island, but the town, documented by the French as being “very well-established” and containing properties that were “the best-built in all of Newfoundland”, was burned to the ground. During four months of raids, Iberville was responsible for the destruction of thirty-six Newfoundland settlements. By the end of March 1697, only Bonavista and Carbonear Island remained in English hands.

22. Over the next hundred years, Carbonear was attacked and burned two more times by the French in their attempts to control Newfoundland, and then later by American privateers. The residents continued to improve the fortifications using their own money and although the town was repeatedly burned, Carbonear Island protected its residents.

23. The town developed as one of the most important in Newfoundland in this period. When Judiciary districts were set up to govern the island in 1729 by Commodore Governor Henry Osborn, Carbonear was recognized and was chosen as one of the six initial districts. With new French threats, the British finally erected a fort and garrison on the Island in 1743.

24. During the Seven Years’ War, the French invaded and gained control of the fort, burning its buildings and tossing the cannons over the cliffs in 1762. They can still be seen on the beach below.

25. The Archaeology of Historic Carbonear Project, carried out by Memorial University of Newfoundland, has conducted summer fieldwork each season since 2011 in the town to reveal its colonial history. So far, it has found evidence of planter habitation since the late 17th century and of trade with Spain through Bilbao, including a Spanish coin minted in Peru. It has found evidence of other settlement through the 19th century.

23 Awesome And Amazing Facts About Carmanville, Newfoundland And Labrador, Canada 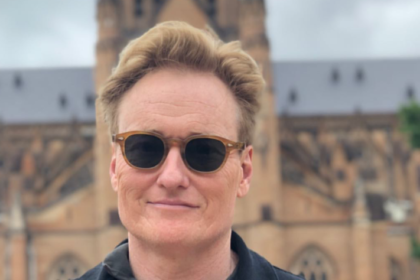 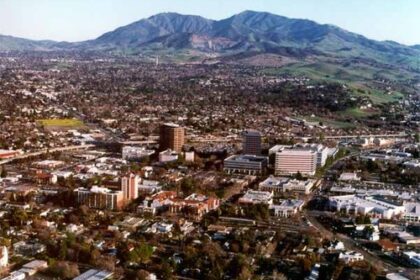 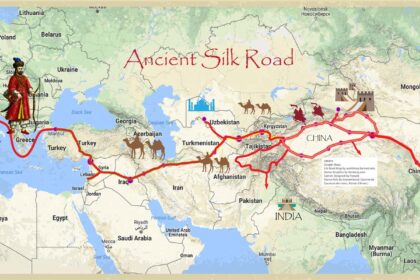