Cherrim is a Grass type Pokemon introduced in Generation IV. It evolves from Cherubi starting at level 25. Cherrim changes appearance in sunny weather. Take a look below for 25 amazing and interesting facts about Cherrim.

1. Cherrim is a small Pokemon with two different forms, both of which are dependent on the weather.

2. During normal weather conditions, Cherrim is in its Overcast Form.

4. A short purple stem and a green leafy sepal sprout from the top of the petals.

5. Its eyes appear to be near its short legs in this form.

6. When there is strong sunlight, Cherrim is in its Sunshine Form.

7. Pink petals similar to cherry blossoms surround its head and cover its chest.

8. Several of the petals radiate outward from a yellow sphere on the back of its head.

9. There is a small, triangular patch of green on its neck.

11. It has stubby limbs, with the arms being pink and the legs being yellow.

12. Cherrim waits quietly as a bud for a ray of sunlight.

13. When it is hit with strong sunlight, it blooms and absorbs the rays with its entire body.

14. It quickly changes from quiet to excitable and active.

15. It will attempt to make up for everything it had to endure as a bud while the sunlight lasts.

16. Once the light is gone, Cherrim folds back into a bud.

17. While Cherrim’s forms are called Overcast Form and Sunshine Form in English, the Japanese names of its forms use form, which is otherwise only used in the names of forms which are localized as Forme.

18. Cherrim and Castform are the only Pokémon whose alternate forms cannot be viewed in the Pokédex in Diamond, Pearl, and Platinum. Only the Overcast Form and its gender differences (though it has none) are available, but it is not labeled as such.

19. Cherrim’s reaction to light is apparently based on photonastic flowers. Cherrim Sunshine Form seems to be based on cherry blossoms, flowers that are particularly symbolic of Japan.

20. Cherrim is a combination of cherry and cherubim or blossom. It may also involve cherimoya (a fruit-bearing tree) or tirim (Irish for dry, as in dry weather).

21. Cherrim made its main series debut in Battling the Generation Gap!, under the ownership of Lila, a famous Pokémon Stylist. It was used in the Performance Stage of the Celestic Contest, after Lila decided to enter a Contest again upon remembering her days as a Coordinator.

22. A Cherrim appeared in Promoting Healthy Tangrowth!, where it accompanied a Tangrowth and other Pokémon during several attempts to restore a damaged 1,000-year-old tree back to its original form.

23. Multiple Cherrim debuted in The Rise of Darkrai in both forms, as residents of a garden in Alamos Town. 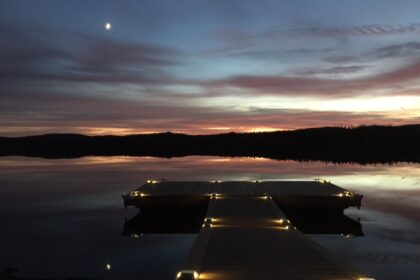