Honeydew, also known as a honeymelon, is the fruit of one cultivar group of the muskmelon, Cucumis melo in the gourd family. The Inodorus group includes honeydew, crenshaw, casaba, winter and other mixed melons. Take a look below for 23 more interesting and fascinating facts about honeydew.

3. Honeydew flesh is usually pale green in color, while the smooth peel ranges from greenish to yellow.

4. Like most fruit, honeydew has seeds and they’re not commonly eaten. 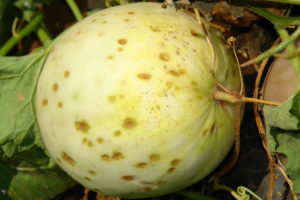 5. The inner flesh of the honeydew is eaten, often for dessert. It’s commonly found in supermarkets across the world alongside cantaloupe and watermelon.

6. In California, honeydew is in season from August until October.

7. Honeydew grows best in semiarid climates and is harvested based on maturity and not size. Maturity can be hard to judge, but it’s based upon the ground color ranging from greenish white, which shows it’s immature, to creamy yellow, which shows that it’s mature.

8. The quality of honeydew is determined if it has a nearly spherical shape with a surface free of scars or defects, or if it doesn’t.

9. “Honeydew” is the American name for the White Antibes cultivar, which has been grown for many years in southern France and Algeria.

10. In China, honeydews are known as Bailan melons. They’re famous locally near Lanzhou, the capital city of Gansu province in China’s northwest. 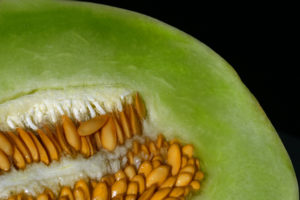 11. According to Chinese sources, honeydews were introduced to China by American horticulturalist Henry A. Wallace, who donated melon seeds to the locals while visiting in the 1940s.

12. Honeydews are cousins of the gourds, but they’re known for exceptional sweetness. Gourds are also fruits, but they’re often used as vegetables, since they’re not sweet.

13. Records of honeydew use date back to 2400 BC. Information about their use was obtained from ancient Egyptian tombs. Even the Romans used to cultivate honeydews.

14. Honeydew falls off from the vine when ripe. While picking the about-to-ripe honeydew, you should cut it with a small piece of stem. This helps prevent the melon from rotting.

15. Dried and roasted honeydew seeds are sometimes eaten in various countries from the Middle East.

16. Mashed honeydew melon or melon puree can be given to babies as it helps improve their overall health. 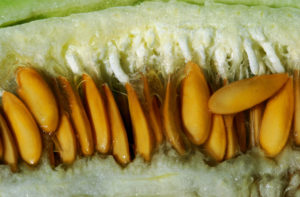 17. Honeydew melon is a low calorie fruit. One cup of honeydew contains about 60 calories, which is why it’s included in all types of weight loss diets.

21. A matured honeydew melon has a soft and smooth surface, resembling velvet. 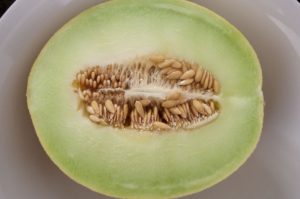 22. Cavaillon, a town in Provence, France, considers itself the world capital of melons. Novelist Alexandre Dumas reportedly asked for a dozen melons per year until his death in exchange for donating his works to the town’s public library.

23. Though typically the flesh of a honeydew melon is green, it can sometimes be orange. This specific type of honeydew if often referred to as the “temptation melon.”

25 Fun And Fascinating Facts About Cantaloupe 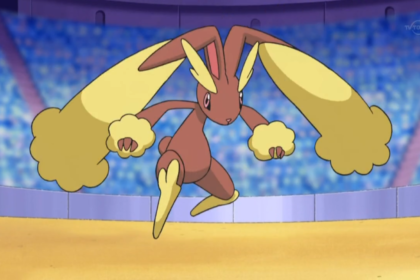 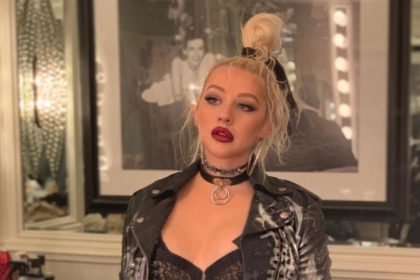 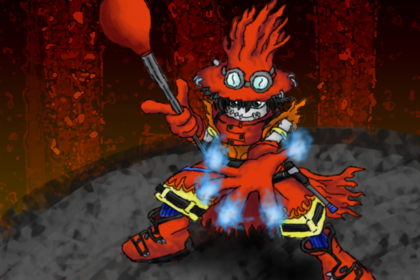 5 Interesting And Crazy Facts About FlameWizardmon From Digimon