Meditite is a dual type Fighting and Psychic Pokemon introduced in Generation III. It evolves into Medicham starting at level 37. Take a look below for 21 awesome and fascinating facts about Meditite.

1. Meditite is a humanoid, bipedal Pokemon that resembles a person meditating.

2. It usually sits in a yoga position, with knees bent and feet together with its hands resting on its knees.

3. Its lower body is blue, with white on the wrists, feet, and lower body.

4. Its onion-shaped head is also white with large eyes and pink ovals on its cheeks.

5. It has round, swirled ears on the sides of its head.

6. These ears are higher up on a male than on a female.

7. Meditite heightens its inner energy and spiritual power through the meditation, which allows it to levitate.

8. It trains hours a day, and never skips its daily yoga training.

9. Its training never ends, since it loses concentration and focus while meditating.

10. It eats one berry per day as part of training, which tempers its spirit and makes its senses sharper.

11. It lives and trains on the mountains.

12. In Pokémon HeartGold and SoulSilver, Meditite is obtainable via the Sinnoh Sound even though it was introduced in Generation III. However, it appears in the Sinnoh Pokédex.

13. It is one of the few Pokémon that uses its in-game female sprite for its official artwork.

14. Meditite has the lowest base HP stat of all Fighting-type Pokémon.

15. Meditite resembles a primate of some sort. It appears to have been based on a practitioner of yoga and is meditating in almost all of the media it appears in. Its yoga position in its artwork and sprites is the Lotus position, where one crosses his/her legs and places their feet on the opposing thighs. This position supposedly holds the mind completely steady for long periods of time and calms it, heightening the user’s senses. Its hat somewhat resembles a turban and may also be the caps worn by many depictions of Hindu deities, such as Shiva, who are commonly seen meditating.

16. Meditite may be a combination of the corruptions of meditate and possibly petite or tyke. It may also involve a corruption of tight, as in the phrase, “Tight focus.”

17. Meditite debuted in A Meditite Fight, under the ownership of Shauna. It was used during her two battles with Ash, and it ultimately lost in the second battle.

18. A Meditite appeared in Pokémon Ranger and the Temple of the Sea alongside its evolved form Medicham, under the ownership of Lizabeth and her family. Both were used for their Marina Underwater Pokémon Show, where the two Meditation Pokémon would use Psychic to make balls of water that would retain their form.

19. A Meditite debuted in a flashback in Lost Leader Strategy!, under the ownership of Maylene. She used it in her Gym battle with Paul, but it was defeated by Honchkrow. It physically debuted in Crossing the Battle Line!, where it was used in a battle with Dawn. It battled her Buneary and won, then it battled her Ambipom, where it lost. Meditite was then used to battle Ash in A Triple Fighting Chance!, where it managed to confuse his Chimchar and Staravia before losing to the latter.

20. A Meditite appeared in the opening sequence of Lucario and the Mystery of Mew.

21. A Meditite appeared in Spontaneous Combusken!, where it was seen at the Chrysanthemum Island beach. 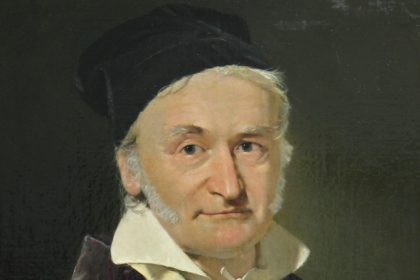