2. The city’s name comes from the Puyallup Tribe of Native Americans and means “the generous people”.

3. Puyallup is also home to the Washington State Fair, the state’s largest fair.

4. The Puyallup Valley was originally inhabited by the Puyallup people, known in their language as the spuyaləpabš, meaning “generous and welcoming behavior to all people (friends and strangers) who enter our lands.”

5. The first white settlers in the region were part of the first wagon train to cross the Cascade Range at Naches Pass in 1853.

7. The first European settlers arrived in the 1850s. In 1877, Ezra Meeker platted a townsite and named it Puyallup after the local Puyallup Indian tribes, 11 years after departing from Indiana.

8. The town grew rapidly throughout the 1880s, in large part thanks to Meeker’s hop farm, which brought in millions of dollars to Puyallup, leading to it eventually being incorporated in 1890, with Ezra Meeker as its first mayor.

9. The turn of the 20th century brought change to the valley with the growth of nearby Tacoma and the interurban rail lines. The Western Washington Fairgrounds were developed giving local farmers a place to exhibit their crops and livestock.

10. During the early part of World War II, the fairgrounds were part of Camp Harmony, a temporary Japanese American internment camp for more than 7,000 detainees, most of whom were American citizens.

11. Subsequently, they were moved to the Minidoka relocation center near Twin Falls, Idaho.

12. The valley in which Puyallup was originally settled forms the town. Its fertile soil is optimal for the acres of daffodils which were grown for distribution worldwide, and are featured in the town’s annual spring parade.

13. The Puyallup River meanders between the hills, through the glacial basin, from its namesake glacier on Mt. Rainier, terminating in Puget Sound at the Port of Tacoma.

14. It is cold, silty, and brown, sometimes green. From most perspectives in the town of Puyallup, Mt. Rainier is visible to the southeast.

15. Downtown Puyallup has several notable landmarks, including Ezra Meeker’s mansion, which was built and inhabited by one of the town’s founding families, who made their way to Puyallup via the Oregon trail. The downtown shopping district is made up of historic buildings, which date to the town’s origin.

17. The Ezra Meeker Mansion is an Italianate Victorian building completed around 1890, which was the home of Oregon Trail pioneer Ezra Meeker and his wife Eliza Jane. Known as the “Hop King”, Meeker ultimately lost a fortune due to a disease in the hops. He became well known for tracking the Oregon Trail over the years and erecting monuments along its course in an effort to memorialize it. The mansion functions today as a small house museum owned and operated by the Puyallup Historical Society at Meeker Mansion (formerly the Ezra Meeker Historical Society). The building can also be rented out for weddings, teas and other social events.

18. Puyallup is home to the Washington State Fair. It is one of the ten largest U.S. state fairs, attracting over one million people each year. The city itself is built around the Puyallup Fairgrounds, which can be seen prominently from neighboring South Hill.

19. The fair traditionally runs for 21 days in September; there is also a “Spring Fair” which takes place for four days in April. The fair serves as an anchor for local businesses and restaurants. Previously named the “Puyallup Fair”, it received its current name in 2013. “Do the Puyallup” has been its long-standing promotional slogan.

20. During World War II, the Puyallup Fairgrounds became the Puyallup Assembly Area (euphemistically referred to as “Camp Harmony”) and were used as an internment camp for United States citizens or residents of Japanese descent or origin. 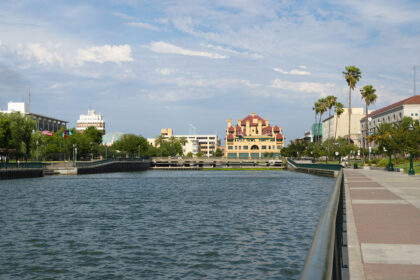 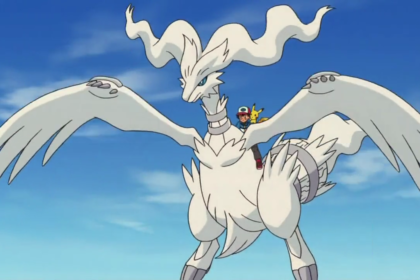