Apple Valley is an incorporated town in the Victor Valley of San Bernardino County, in the U.S. state of California. Take a look below for 20 interesting and awesome facts about Apple Valley, California, United States.

1. It was incorporated on November 14, 1988, and is one of the 22 incorporated municipalities in California that use “town” in their names instead of “city”.

2. The town is east of and adjoining to the neighboring cities of Victorville and Hesperia, 35 miles (56 km) south of Barstow, and 49 miles (79 km) north of San Bernardino through the Cajon Pass.

4. Apple Valley is governed by a town council. The mayor changes each December.

7. The move was made in hopes of reaching more fans; however, the museum closed for financial reasons on December 12, 2009.

8. For centuries, Apple Valley was populated by Shoshonean, Paiute, Vanyume, Chemehuevi, and Serrano who were attracted to the water and vegetation around the Mojave River.

9. The Mojave people came later and were the tribal group encountered in 1542 by a detachment of Coronado’s men.

10. These were the first Spanish to come to the Mojave desert.

12. He was on good terms with local tribes. He killed one of his mules to feed a group of starving Vanyumes.

13. Garcés established a trail across the Mojave to the Colorado River passing through the Apple Valley area.

14. The area was explored by various Spanish gold seekers in the 18th and 19th centuries. Jedediah Smith established the Old Spanish Trail through the southern Mojave and Cajon Pass. Smith was in the area in 1826 and again in 1827.

15. Throughout the 19th century, Apple Valley became a thoroughfare of people traveling to Southern California for various reasons. Ute horse thieves, led by Chief Walkara, brought through an estimated 100,000 horses from their raids on the Lugo Rancho and San Gabriel Mission.

16. In 1848, members of the Mormon Battalion, mustered out of the U.S. Army after constructing the first wagon road across the southwest to San Diego and up to Los Angeles, brought 135 mules and the first wagon through the Cajon Pass up through the Mojave River Valley on the way to the Salt Lake Valley.

17. Battalion leader Jefferson Hunt and a crew of cowboys followed the trail with the first cattle drive from Southern California to hungry Mormons in Utah. Hunt led a Mormon group of settlers to the San Bernardino Valley in 1851.

18. In 1885, the railroad came northward through the Cajon Pass and established a train stop, calling it Victor (Victorville) on the Mojave River in the area then known as Mormon Crossing. John Brown helped build some of the first roads through Apple Valley, opening up freight and stagecoach travel from the mining camps at Gold Mountain and Holcomb Valley to the railroad.

19. In the 1860s, Mormon pioneer LaFayette Mecham built the wagon road, a short-cut across the desert, now known as Stoddard Wells Road. Over the next few decades, Victorville boomed as the commercial center of the area with gold refineries, quarries, and dance halls and saloons, while Apple Valley remained more pastoral with ranches and apple orchards.

20. The naming of Apple Valley is usually associated with John F. Appleton. However, the name was finalized with development in the 1940s. The Apple Valley name was officially recognized when a post office was established in 1949. 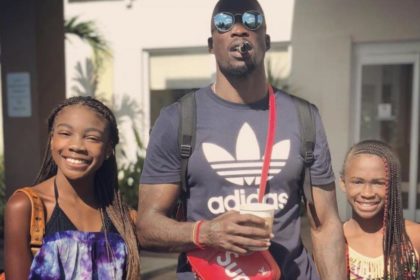 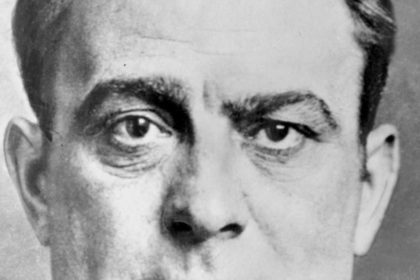