1. It is part of the Sacramento Metropolitan Area.

3. The city is served by Sacramento Regional Transit’s various bus lines and the Gold Line light rail line, though fewer than 0.1 percent of commuters to Rancho Cordova use the line according to the US Census Bureau’s American Community Survey (2010–2012).

6. The city itself was named for the Cordova Vineyard, which was located in the center of the Rancho Rio de los Americanos land grant. Other names of the town included Cordova Vineyards and Cordova Village, before it was officially named Rancho Cordova when a post office was established in the community in 1955.

7. In the Gold Rush era of mid-19th-century California, certain Placer mining activities took place in the Rancho Cordova environs, some traces of which disturbance are extant. The elevation of the generally level terrain is approximately 118 feet (36 m) above mean sea level.

8. Lone Star Gravel Company and other companies have historically extracted younger gravels at depths of 30 to 40 feet (12 m) without encountering groundwater, which is characteristically found at about 100 feet (30 m). Partially confined groundwater generally flows to the southwest.

9. For many years, Rancho Cordova was the community called ‘Mills’, located in the eastern part of the Brighton Township. It was called Mills as early as 1893, supposedly because of the old grist mills that were close by along the river.

11. The southwestern boundary of the grant was 300 feet west of Bradshaw not far north of Florin Road. The boundary then went due east over to Grantline Road, and northeast along the roadway.

12. The 35,500 acre Rancho Rio De Los Americanos was granted to William Leidesdorff in 1844 but he died in 1848, leaving the Rancho and some properties in San Francisco to his heirs. Capt. Joseph Folsom purchased the Rancho from the heirs and founded a town in 1855 which he named after himself – Folsom. The old Liedesdorff adobe was constructed in 1846 in the vicinity of Routier Station.

13. As the miners left Sacramento traveling to the foothills in search of gold, way stations grew up along the first dirt trails, and later more formal roads, that took travelers east. Commercial establishments, hotels, or ‘stations’ were developed at one-mile intervals along the route. Many of the stations ultimately also became the US Post Office for their area, and many of these early settlers served as postmaster or postmistress.

14. Travelers and miners apparently headed out L Street from Sacramento (the approximate alignment of present-day Folsom Blvd) along a plank, or macadam, road that ended at present day Bradshaw Road. Brighton, also called Five Mile Station, was the site of three inns. One inn, the Magnolia House, established in 1849, was the first stop on the Pony Express Route.

15. The location is today marked by the old Brighton Station building, visible on the south side of Folsom Boulevard where the overpasses for Highway 50 and the light rail are located. One closer stop, at four miles, was known as Hoboken or Norristown, in the vicinity of CSUS. The old Perkins building, where the Jackson Highway leaves Folsom Boulevard, and Manlove were both locations for way stations.

16. The vicinity of Bradshaw was Ten Mile Station, the Patterson’s “American Fork House”, established in 1852, and the beginning of large farms, vineyards, and orchards. Up the road was Routier Station, established in 1871. Mrs. Mayhew left Mayhew Station to take over as PostMistress at Routier Station when the post office opened in 1887. Mr. Patterson was Postmaster there for a while also. Joseph Routier was widely renowned for many years for the quality of his produce. In 1866 the railroad built the train station between Folsom Boulevard and the tracks due to the size and dependability of the crop, and the need for a formal packing shed to house the produce waiting for the train.

17. At eleven miles, the road forked. The Coloma Road went north along the river to Coloma and the northern mines, very close to its present location; the southerly fork headed for White Rock and the Southern Mines. The area was first known as Hangtown Crossing, referencing the route to Old Hangtown – or Placerville. The southerly fork was the White Rock Road, known at that time as the White Rock – Clarksville Immigrant Road. The outcropping of white rock marked the entry into El Dorado County, and Clarksville was the first sizable settlement over the hill. 15 Mile House was built in 1850, and is commemorated with a brick cairn on White Rock Road in front of the CalTrans Emergency Ops building. It was managed by A.M. Plummer until purchased in 1857 by its most famous innkeeper, H.F.W. Deterding. His son Charles ran the hotel until at least 1890, and their hospitality was known far and wide. 15 Mile House was the second official Pony Express remount station. Eleven miles east of that, the third remount station was located at Sportsman Hall at Mormon Island, before the express riders went over the mountains headed for St. Joseph, Missouri. The Mormon Island ruins surface from under Folsom Lake at Dike 8 during low water years.

18. There were also way stations along the Coloma Road, such as the 14 Mile House, built on the Coloma Road in 1850 by Mr. Rush, the original builder of Deterding’s 15 Mile House. In 1852 early settlement of the Mills area included a two-story inn owned by Louis Lepetit. Four stage lines came through there, and split, with two going southeast to Placerville, and two following the river to Coloma. In the 1880s a fire destroyed the inn, and Mr. Lepetit may have rebuilt across the road on the north side.

19. A strong community of vineyards and orchards had grown up between the 1850s and the 1880s. Maps of the area show the familiar names of Studarus, Williamson, Mendonca, Kelley, Carroll, Shields, Dauenhauer, Lauridson, Kilgore, and Deterding. The list goes on with names that to a small extent, have been preserved as place names. John Studarus was one of the early settlers. He had thirteen children. The presumed eldest, Charles, operated the family farms; John Jr., the second or third eldest, purchased five acres of land at Hangtown Crossing, near Lepetit’s site, and built a hotel. In 1911, he built the present day Mills Station. It was a general commercial building, housing a tavern and grocery store. The second floor was a large ballroom, where he celebrated the opening of the building by issuing an open invitation to everyone around to attend a grand ball. The building also housed the Post Office, and two of his children, William Henry and Helen, both ran the Post Office at various times.

20. William Henry Studarus died perhaps in the late 1970s, and Helen Studarus McCray, whom everyone remembers as the Post Mistress, died in 1982 or 1983. William Henry also helped his father run the store, selling groceries, hardware, and gasoline. At sometime prior to the war, the county established a branch of the free library, which local residents also remember coming to. 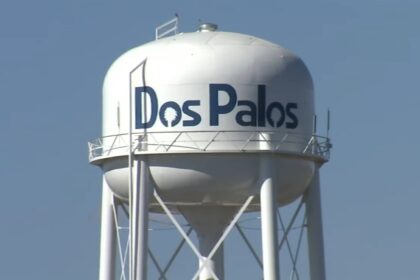 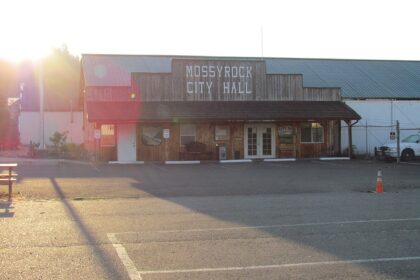 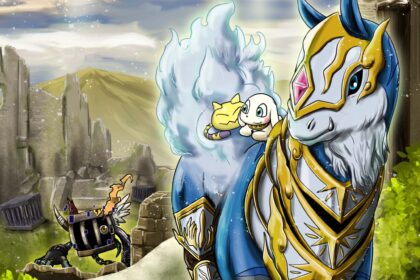