2. The ports of Long Beach and Los Angeles, as well as Los Angeles International Airport (LAX), are in close proximity.

4. Pico Rivera is bordered by Montebello to the west, Downey to the south, Santa Fe Springs to the southeast, and Whittier to the east.

5. Pico Rivera was founded in 1958, from the merger of the long-standing unincorporated communities of Pico (named for Pío Pico, the last Mexican governor of California) and Rivera (the Spanish word for “riverbank”).

6. Situated on a rich alluvial plain between the Rio Hondo and the San Gabriel River, the area was once predominantly agricultural; but, at the end of WWII, the fast rising demand for homes lured builders to the attractive terrain.

7. Since the 1950s, it has been both residential as well as industrial. It had a Ford Motor Company plant for many years: Los Angeles Assembly. Pico Rivera lies below the Whittier Narrows, making it one of the “Gateway Cities”.

8. In January 1958, 56 percent of the electorate voted for incorporation. They approved a Council-Manager form of government, and the name “Pico Rivera” was established for the new city.

9. Five citizens were chosen from a slate of 24 candidates to serve as members of the first City Council; Pico Rivera officially became the 61st city in Los Angeles County.

10. The north side of the city is home to the Pico Rivera Sports Arena, where concerts and other events are held.

11. There are nine parks and eight playgrounds throughout the city, including Smith Park on Rosemead Boulevard, Rivera Park on Shade Lane, Pico Park on Beverly Boulevard, Rio Vista Park, and Stream Land Park at the north end of Durfee Road. The community enjoys more than 120 acres committed to public recreational facilities.

12. In 1965, the Pico Rivera Municipal Golf Course was built for the communal enjoyment of not only its residents and golfers, but also for those in the surrounding communities. The executive nine-hole course plays to a par 29 and measures 1,504 yards. The practice facilities include two putting greens and a covered driving range. Lighting throughout the golf course and driving range enables play and practice until 10:00 p.m.

13. Pico Rivera’s Congressional Representative, Grace Napolitano, helped with the funding, and city officials launched a newly renovated senior center that includes a high-tech computer lab with 16 computers and a modern dance room. Funded by the U.S. Department of Housing and Urban Development and the city’s general fund, the US$350,000 renovation of the over 20-year-old center “is an example of your tax dollars at work,” Napolitano told a crowd of local officials and residents, who toured the new facility.

14. Napolitano secured a $198,000 federal grant for the project and the city contributed $157,000 in federal stimulus funds. The fitness room has 18 exercise machines, a set of free weights and two 40-inch flat screen TVs. The activity room has a mirrored wall with a ballet bar and a state-of-the-art sound system. The billiard room, which is a popular part of the senior center, was relocated to larger quarters within the center. 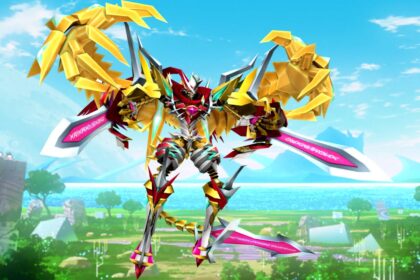