Saint Thomas Aquinas was an Italian Dominican friar, Catholic priest and Doctor of the Church. He was an immensely influential philosopher, theologian and jurist in the tradition of scholasticism, within which he is also known as the Doctor Angelicus and the Doctor Communis. Take a look below for 30 more interesting and awesome facts about Thomas Aquinas.

1. The name “Aquinas” identifies his ancestral origins in the country of Aquino in present day Lazio.

2. He was the foremost classical proponent of natural theology and the father of Thomism; of which he argued that reason is found in God.

3. His influence on Western thought is considerable, and much of modern philosophy developed or opposed his ideas, particularly in the areas of ethics, natural law, metaphysics, and political theory.

4. Unlike many currents in the Church of the time, Aquinas embraced several ideas put forward by Aristotle, whom he called “the Philosopher,” and attempted to synthesize Aristotelian philosophy with the principles of Christianity.

5. His best known works are the Disputed Questions on Truth, the Summa contra Gentiles and the Summa Theologiae. 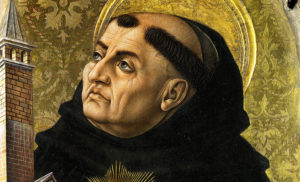 6. His commentaries on Scripture and on Aristotle also form an important part of his body of work.

7. Aquinas is distinguished for his eucharistic hymns, which form a part of the Church’s liturgy.

8. The Catholic Church honors Aquinas as a saint and regards him as the model teacher for those studying for the priesthood, and indeed the highest expression of both natural reason and speculative theology.

9. In modern times, under papal directives, the study of his works was long used as a core of the required program of study for those seeking ordination as priests or deacons, as well as for those in religious formation and for other students of the sacred disciplines.

10. Aquinas is considered one of the Catholic Church’s greatest theologians and philosophers.

11. Aquinas was born and grew up in a castle. 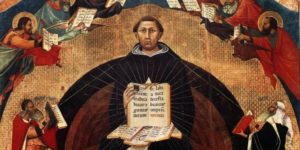 12. He was form a well-to-do family in Roccasecca, Italy. He had three brothers and five sisters.

13. Aquinas had a lifelong fear of storms. This was probably because when he was a toddler, his infant sister was killed by lightning when they were both taking a nap in the same room.

14. Later in his life, Aquinas always carried a relic of St. Agnes and prayed to her for protection during storms.

15. When he was a boy, he was sent to study at the famous monastery of Monte Cassino.

16. Aquinas stayed at Monte Cassino through his teens and probably became a Benedictine oblate. While there, he got to know the spiritual writings of Saint John Cassian, which he treasured throughout his life.

17. He ran away from home to follow his Dominican vocation. His family wouldn’t have objected to him staying at Monte Cassino in view of becoming the abbot. However, they just couldn’t understand why he wanted to become a Dominican.

18. For his family, becoming a Dominican was a step down in the world, since the Dominicans were itinerant preachers and went around begging. They tried to persuade Aquinas to drop the idea, but it didn’t work.

19. When his family found out that he had joined the Dominicans, a band of soldiers led by his brother Rinaldo captured Aquinas and brought him back home. 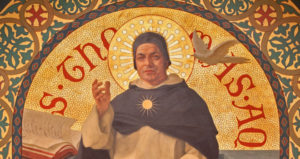 20. He spent about a year under a sort of house arrest while his family tried to persuade him to give up his dream, however, he refused.

21. Aquinas was called the “dumb ox” because he was very quiet and didn’t talk much to others.

22. He was known for having terrible handwriting.

23. Aquinas was able to dictate to two or three secretaries at once. Although it may seem incredible, it’s well documented and he was known for being able to think a lot faster than they could write.

24. He never criticized people and only critiqued ideas. The closest he ever came to criticizing someone in his writings was when he called an opinion of a certain David of Dinant stultissimus, which loosely translated means, “wow, what a stupid idea!”

25. Aquinas was very humble and submitted all of his work to the judgment of the Church.

26. Aquinas held the belief that human beings are formed of a single material, where soul is its form, without which the material body is “human” only in analogous terms.

27. He believed that after death, the human body perishes, but the soul continues to exist long after the death of the body.

28. In his Summa theology, Aquinas defines the nature of the soul as life’s first principal. It is immaterial, and an act done by the body. It’s independent of the body, and it’s this independency which differentiates soul from other forms found in matter.

29. His aesthetic theories, especially the concept of claritas, deeply influenced the literary practice of modernist writer James Joyce, who used to extol Thomas as being second only to Aristotle among Western philosophers.

30. In recent years, the cognitive neuroscientist Walter Freeman proposed that Thomism is the philosophical system explaining cognition that is most compatible with neurodynamics, in a 2008 article in the journal Mind and Matter titled “Nonlinear Brain Dynamics and Intention According to Aquinas.” 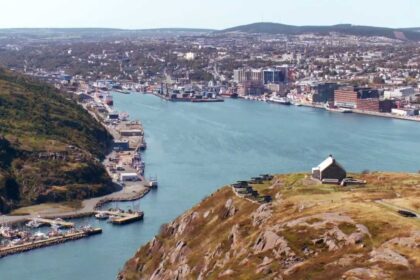 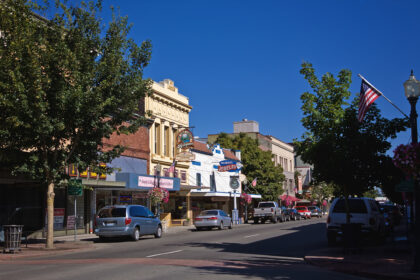 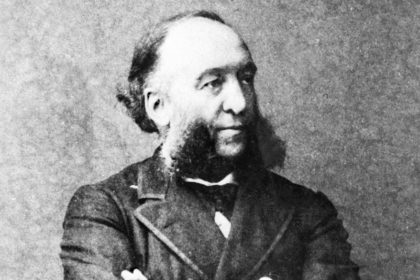