Uranus is the seventh planet from the Sun. It had the third largest planetary radius and the fourth largest planetary mass in the Solar System. Uranus has a similar composition of Neptune, and both have different bulk chemical compositions from that of the larger gas giants Jupiter and Saturn. Take a look below for 30 more fun and interesting facts about the planet Uranus.

1. Uranus was officially discovered by Sir William Herschel in 1781. At first Herschel thought that it was a comet, but several years later it was confirmed to be a planet. Herschel tried to have his discovery named Georgian Sidus, after King George III.

2. It was too dim for ancient civilizations to see, which makes sense as to why it took so long for its discovery.

3. The name Uranus was suggested by astronomer Johann Bode. The name comes from the ancient Greek deity Ouranos.

4. It turns on its axis once every 17 hours and 14 minutes. The planet rotates in a retrograde direction, opposite to the way Earth and most other planets turn.

5. It makes one trip around the Sun every 84 Earth years. During some parts of its orbit, one or the other of its poles point directly at the Sun and get about 42 years of direct sunlight while the rest of the planet is in total darkness. 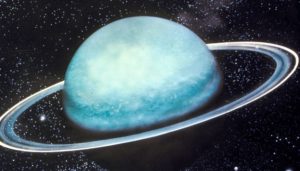 6. Uranus is often referred to as an ice giant planet. This is because, below its hydrogen upper layer, there’s an icy mantle that surrounds a rock and ice core. The upper atmosphere is made of water, ammonia and methane ice crystals which give the planet its blue color.

7. Uranus can hit the coldest temperatures of any other planet in the Solar System. With minimum atmospheric temperatures of -224 degrees Celsius, Uranus, on average, is colder than Neptune.

8. The upper atmosphere of Uranus is covered by a methane haze which hides the storms that take place in the cloud decks.

9. It has two sets of very thin dark colored rings. The ring particles are small, ranging from dust sized particles to small boulders.

10. There are 11 inner rings and 2 outer rings surrounding Uranus. They most likely formed when one or more of Uranus’s moons were broken up in an impact. The first rings were found in 1977, while the two outer rings were found using images made by the Hubble Space Telescope between 2003 and 2005.

11. Uranus’ moons are named after characters from the works of William Shakespeare and Alexander Pope. These include Oberon, Titania and Miranda.

12. All of Uranus’ moons are frozen with dark surfaces. Some are a mixture of ice and rock. Miranda is the most interesting moon as it has ice canyons, terraces and other strange looking surfaces.

13. Only the Voyager 2 spacecraft, in 1986, has flown by Uranus. It swept past the planet at a distance of 81,500 kilometers and returned the first close-up images of the planet, its moons and rings. 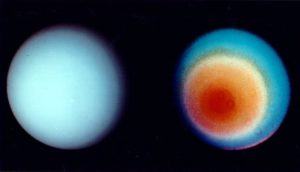 15. Earth is a much denser planet, with Uranus reaching only about 23% of Earth’s density. The gravity on Uranus is lower, reaching about 90% of Earth’s and Uranus gets much less solar radiation energy than Earth, in fact, it gets 400 times less.

16. Out of the 27 moons that orbit Uranus, 5 are considered to be major moons, and Titania is the biggest one of all. It’s radius is about 788 kilometers, which is about one eighth of the Earth’s, and its gravity is almost 30 times less than the Earth’s.

17. Titanis got its name from William Shakespeare’s “A Midsummer Night’s Dream,” and was named after the queen of the fairies.

18. Uranus’ structure has 3 layers. The first is the rocky core of silicate and iron nickel. The second is the mantle, which has water, ammonia and methane. The third is the atmosphere, which is made up mostly of hydrogen and helium.

19. Most of Uranus’ mass comes from water, ammonia and metha, followed by rocks in the core and the helium and hydrogen in the atmosphere.

21. Uranus may serve as a mini site for helium-3 in the future. Helium-3 is a non radioactive isotope of helium that’s useful for nuclear fusion and the various technologies connected with it.

22. Uranus orbits the Sun at a distance of about 2.8 billion kilometers, or 1.7 billion miles.

23. It was the first planet to be discovered with a telescope. 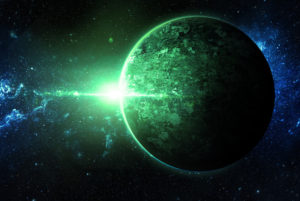 25. Neptune was mathematically predicted before it was directly observed, based on the orbit of Uranus.

26. The chemical element, Uranium, discovered in 1789, was named after the newly discovered planet Uranus.

28. The climatic conditions on Uranus are extreme. After long and chilled winters when sunlight reaches the dark areas for the first time, the atmosphere gets heated up and this leads to massive spring storms that are the size of North America.

29. At magnitude 5.3, Uranus is just within the brightness scale that a human eye can perceive. Unfortunately, you’d need to make sure that the night sky was extremely dark and would have to know exactly where to look. 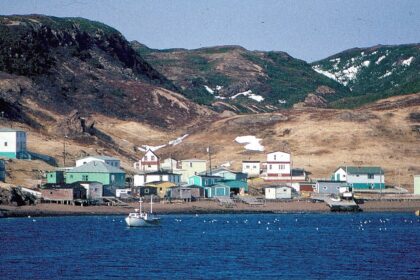 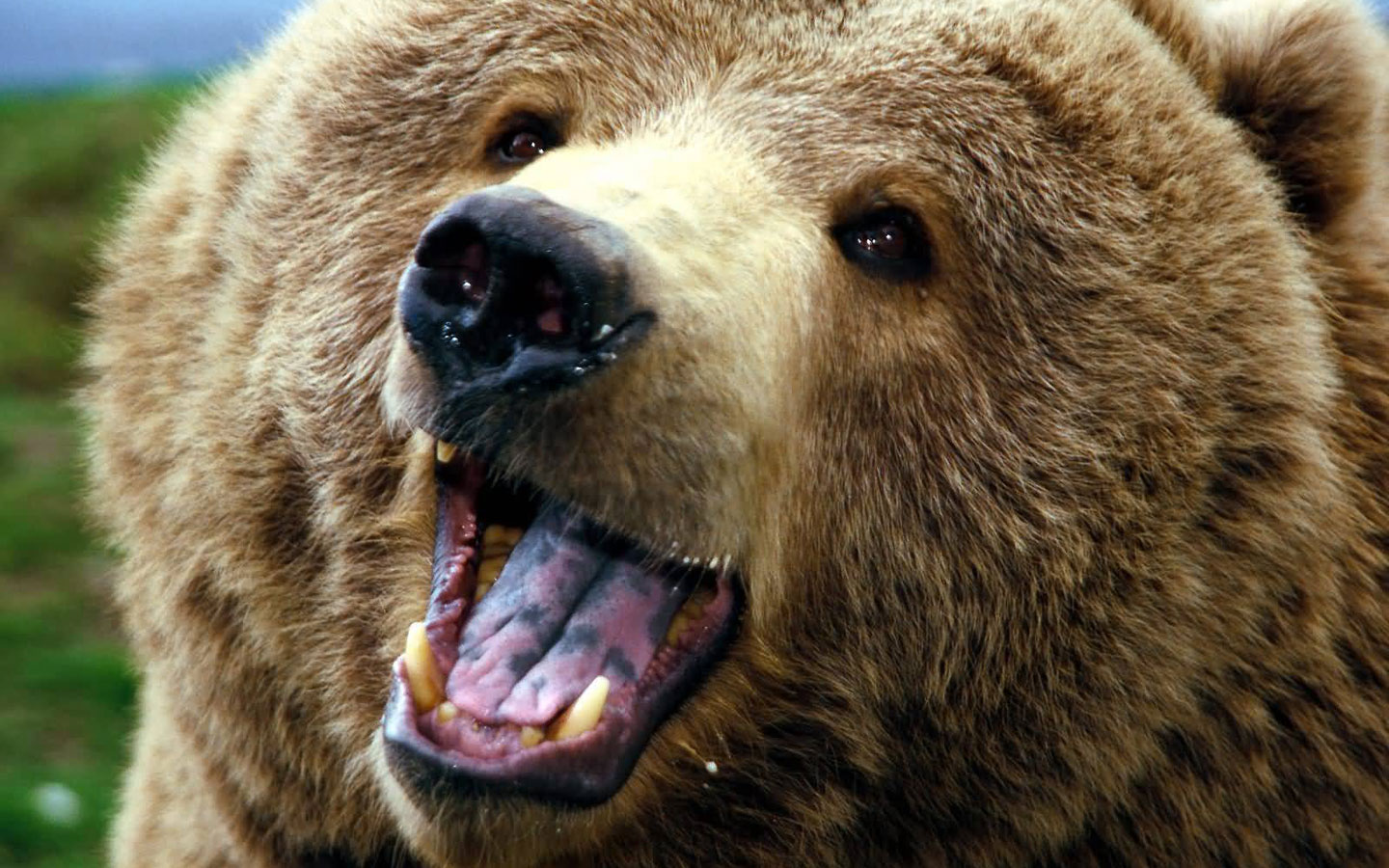