David Michael Bautista Jr., born January 18, 1969, is an American actor, former professional wrestler, mixed martial artist and bodybuilder. From 2000 to 2010 and 2013 to 2014, he was signed to WWE under the ring name Batista, where he became a six-time world champion, winning WWE’s World Heavyweight Championship four times and the WWE Championship twice. Take a look below for 30 more fun and interesting facts about Dave Bautista.

2. Bautista was the winner of the 2005 Royal Rumble match and went on to headline WrestleMania 21, one of the top five highest grossing pay-per-view events in professional wrestling history.

4. Bautista began acting in 2006 and has starred in The Man with the Iron Fists, Riddick, the James Bond movie Spectre, and Blade Runner 2049. 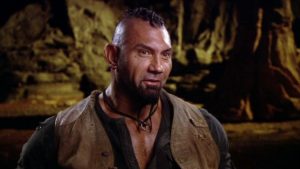 6. In August 2012, Bautista signed a contract with Classic Entertainment & Sports to fight in mixed martial arts. He won his MMA debut on October 6, 2012, defeating Vince Lucero via TKO in the first round.

7. He was born in Washington, D.C., the son of Donna Raye and David Michael Bautista, a still active hairdresser in the DC area.

8. His mother has Greek ancestry and his father is the son of Filipino immigrants. His parents separated and eventually divorced.

9. Bautista has called himself, “the proud son of a lesbian.”

10. His paternal grandfather served in the Philippines military, worked as a taxicab driver and barber, and held other jobs to feed the family.

11. Bautista has said that he lived in poverty, and that he had a hard life. Before he reached the age of nine, three murders had occurred on his front lawn. At the age of thirteen, he was already stealing cars. 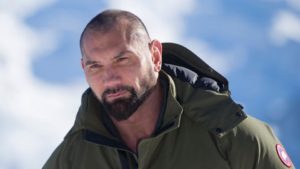 12. By the age of 17, Bautista was estranged from his parents and lived on his own. He later admitted, “I am proud of my parents. They are good, honest, hard working folks. They taught me the values of working hard.”

13. Bautista became a regular bouncer for clubs until he was arrested after a fight that left two patrons injured, one of whom was rendered unconscious. After a trial, he was sentenced to one year of probation.

14. He worked as a lifeguard, before pursuing a career in bodybuilding.

15. He credits bodybuilding with potentially saving his life.

16. Bautista is a keen collector of steel lunchboxes.

17. Storyline wise, he was responsible for Stone Cold Steve Austin losing the RAW Co-General Manager post at Survivor Series 2003 as he interfered in the Team Austin v. Team Bischoff match be delivering the Batista Bomb to Shawn Michaels. 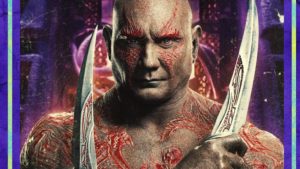 18. He’s an accomplished break dancer, which is a skill he used in a television trailer for Summerslam 2004.

19. Bautista was trained by the legendary “Wild Samoan” Afa.

20. He got into wrestling after meeting Road Warrior Animal and Curt Hennig at a bodybuilding show in Minneapolis.

21. He went to the WCW Power Plant for a tryout, where they told him that he’d never make it in the wrestling business.

24. Bautista is the third professional wrestler to go by the nickname or stagename, “Animal.” The other two were George Steele and Joe Laurinaitis. 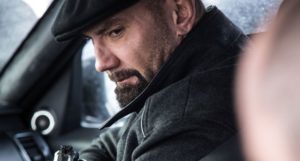 26. In August 2004, he teamed up with fellow Evolution members, Triple H and Ric Flair to attack former Evolution member, Randy Orton just a few minutes after he defended his World Heavyweight Championship against Chris Benoit.

27. He has a younger half brother named Michael, from his father’s second marriage.

28. He has a purple belt in Brazilian Jiu-Jitsu from Cesar Gracie, and he’s trained in Muay Thai, Wushu and Kickboxing.

29. In an interview prior to Spectre with IMDB, he stated that his two favorite 007 movies were a tie between Goldfinger and Skyfall.

30. He has many tattoos, including a large dragon on his back, red Kenji lettering on his upper left biceps which say “Angel” in tribute to his former wife Angie, a signature design on his upper right biceps, and a small sun on his stomach which encircles his belly button. 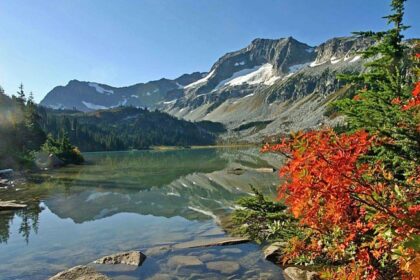 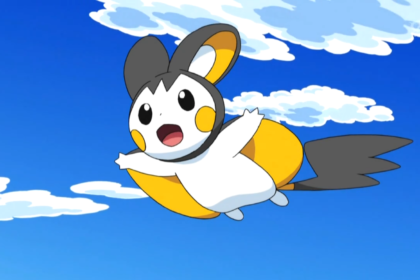 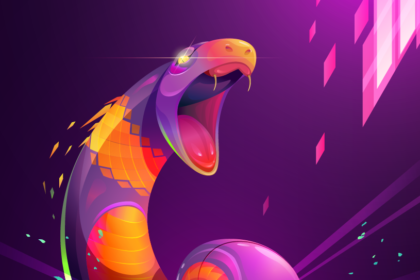