Master Chief, or MCPON John-117, is the main protagonist of the Halo universe, which was created by Bungie. He’s presented as a towering and faceless biochemically and cybernetically enhanced supersoldier, that was raised and trained from an early age to be a weapon. He’s almost never seen without his green colored armor and helmet, and is almost always referred to by his naval rank. Take a look below for 30 more awesome and interesting facts about Master Chief.

1. When Halo was changed from an RTS to a first person shooter, almost everyone at Bungie was forced to work overtime and on a strict budget. This almost led to Halo loosing it’s beloved multiplayer aspect in the interest of saving time and money.

2. Bungie originally wanted to make Halo as an RTS exclusive to the Mac. However, Microsoft showed interest in the title for its new Xbox console and acquired Bungie.

3. John Mayer secretly played on two Halo 2 tracks. He’s a big fan of the series and it didn’t take much for him to lend a hand off the books.

4. The Spartans were kidnapped as children and genetically altered to become super soldiers. They were then trained both physically and psychologically to become the best possible soldiers before being equipped with power suits and the ability to interact directly with AI.

5. The cliffhanger in Halo 2 was never planned. There were many development problems with Halo 2, which is what caused massive portions of the campaign to be either trimmed down or cut out entirely.

6. The sound for Elites speaking in Halo: Combat Evolved was reversed English. The most obvious example is with the common, “wort, wort, wort!”, cry that they do throughout the campaign. In reality, the sound is taken from Sgt. Johnson saying, “go, go, go!”, early in the campaign but played backwards. 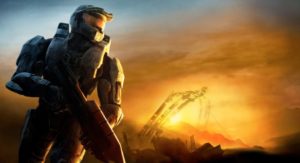 7. The war with the Covenant started 27 years before the first game. The alien force wiped out almost all of the colonies that humans created since gaining faster than light travel. This also meant that Master Chief was a veteran soldier by the time of the original game took place.

8. Halo 3 had more than 35,000 lines of dialogue. This is because the developers wanted to make the battlefield seem dynamic and alive.

9. Master Chief was the first video game character to be created into a wax statue by Madame Tussauds. The 7 foot 2 inch statue weighs about 275 pounds and took 10 artists almost 900 hours to complete.

10. Halo 3: ODST was originally created as a side project for a small team at Bungie to work on while the rest of the studio worked on Halo: Reach. However, it grew too big and the team decided to include a new gametype, known as Firefight, flesh out the campaign a bit more and release the game as a standalone product.

11. Almost every one of the Halo novels has gone straight to number 1 on the New York Times Bestseller list, with authors such as Eric Nylund, Troy Denning and Greg Bear all writing novels based on the game. The books have sold more than 11 million copies worldwide.

12. The addition of “Combat Evolved” subtitle to the first Halo game was added by Microsoft as they wanted the game to compete with other military shooters. Bungie was very resistant to the idea but they eventually compromised.

13. Covenant vehicles are all named after different spirits.

14. The war between the Covenant and humans isn’t just about territory, it’s about religion. The humans crash onto a mysterious ring and find that it’s a super weapon. However, the ring is revered by the Covenant, who fight because they don’t want the humans controlling the rings.

15. The human Warthog has a maximum speed of 60 miles per hour. This is because it’s bogged down with heavy armor and equipment. 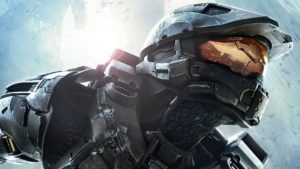 16. The Spartan armor weighs over 1,000 pounds and is directly linked into their neural network. The suit becomes one with the wearer.

17. Halo was originally debuted to the public by Steve Jobs, as Bungie was creating the game exclusively for the Mac. That was before Microsoft bought them.

18. John was only referred to by name once in the Halo trilogy, with the most notable moment being by Cortana in the ending cutscene of Halo 3 before the credits roll.

19. The Covenant, aware of the destructive power of the Spartans, refer to John as “Demon.”

20. Fable 2 makes a reference to John-117 with a character of legend named “Hal,” who is also called the Minstrel Chief. The Energy Sword also makes an appearance in the game as one of the first weapons you can get with the Collector’s Edition of Fable 2.

21. John-117 is the only character in the Halo trilogy to witness the death of all three High Prophets.

22. When a couple of ODST soldiers picked a fight with him, John-117 brutally killed them.

23. In the books, it shows that John-117 was a bully as a kid. He used to steal other kids food and refused to help teammates during races.

24. During a bureaucratic test to determine whether the smart AI works and is worth the development resources, Master Chief used his advanced reflexes and Cortana’s calculations to punch a missile out of the sky.

25. When he’s under the command of an ODST, he’s ordered to take off his MJOLNIR armor for a meeting. At this point he’s described as having a serious eyes, a firm mouth and a strong jaw, while his skin was too white, since he hadn’t been exposed to the sun for a long time. 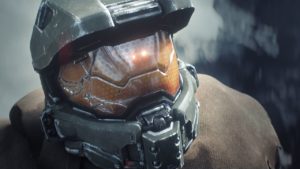 26. In the first game, an Elite by the name of Zuka Zamamee is Master Chief’s secret nemesis. He and his grunt assistant, Yayap, set traps for the Chief throughout the first game.

28. Business Week listed Master Chief among others who have been branded beyond just video games, “helping them transcend the very medium in the process.”

29. Roger Travis, associate professor of classic at the University of Connecticut, compared Master Chief to the epic hero Aeneas, in that they both have superhuman abilities and they both save a civilization by defeating strong enemies in martial settings.

30. Michael Nitsche of the Georgia Institute of Technology found that Master Chief had similar characteristics to Gordon Freeman, the protagonist of the Half-Life series. He said, “Both characters are the independent, individualistic, and often lonely heroes that gain admiration by constantly proving their superiority … in technology-driven, hostile often closed spaces.” 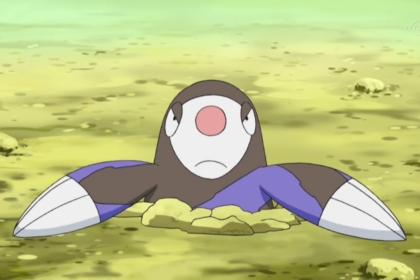 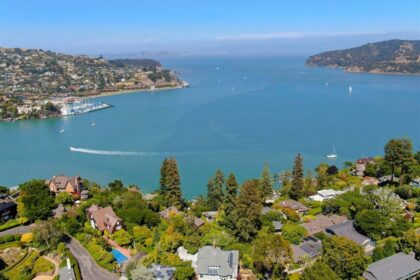