Niccolo Paganini was an Italian violinist, violist, guitarist and composer. He was the most celebrated violin virtuoso of his time, and left his mark as one of the pillars of modern violin technique. Take a look below for 30 more awesome and interesting facts about Niccolo Paganini.

1. Paganini was born in Genoa, then capital of the Republic of Genoa, the third of the six children of Antonio and Teresa Paganini.

2. Paganini’s father was an unsuccessful trader, but he managed to supplement his income through playing music on the mandolin.

3. At the age of five, Paganini started learning the mandolin from his father, and moved to the violin by the age of seven.

4. His musical talents were quickly recognized, earning him numerous scholarships for violin lessons.

5. The young Paganini studied under various local violinists, including Giovanni Servetto and Giacomo Costa, but his progress quickly outpaced their abilities.

6. Paganini and his father then traveled to Parma to seek further guidance from Alessandro Rolla. But upon listening to Paganini’s playing, Rolla immediately referred him to his own teacher, Ferdinando Paer and, later, Paer’s own teacher, Gasparo Ghiretti.

7. Though Paganini did not stay long with Paer or Ghiretti, the two had considerable influence on his composition style.

8. The French invaded northern Italy in March 1796, and Genoa was not spared. The Paganinis sought refuge in their country property in Romairone, near Bolzaneto. It was in this period that Paganini is thought to have developed his relationship with the guitar.

9. He mastered the guitar, but preferred to play it in exclusively intimate, rather than public concerts.

10. He later described the guitar as his “constant companion” on his concert tours.

12. In 1801, the 18-year-old Paganini was appointed first violin of the Republic of Lucca, but a substantial portion of his income came from freelancing.

13. His fame as a violinist was matched only by his reputation as a gambler and womanizer.

14. In 1805, Lucca was annexed by Napoleonic France, and the region was ceded to Napoleon’s sister, Elisa Baciocchi.

15. Paganini became a violinist for the Baciocchi court, while giving private lessons to Elisa’s husband, Felice.

16. In 1807, Baciocchi became the Grand Duchess of Tuscany and her court was transferred to Florence.

17. Paganini was part of the entourage, but, towards the end of 1809, he left Baciocchi to resume his freelance career.

18. In 1827, Pope Leo XII honored Paganini with the Order of the Golden Spur.

19. His fame spread across Europe with a concert tour that started in Vienna in August 1828, stopping in every major European city in Germany, Poland, and Bohemia until February 1831 in Strasbourg.

20. Although no definite medical proof exists, he was reputed to have been affected by Marfan syndrome or Ehlers–Danlos syndrome.

21. He was diagnosed with syphilis as early as 1822, and his remedy, which included mercury and opium, came with serious physical and psychological side effects.

23. In September 1834, Paganini put an end to his concert career and returned to Genoa. Contrary to popular beliefs involving his wishing to keep his music and techniques secret, Paganini devoted his time to the publication of his compositions and violin methods.

25. In 1836, Paganini returned to Paris to set up a casino. Its immediate failure left him in financial ruin, and he auctioned off his personal effects, including his musical instruments, to recoup his losses.

26. At Christmas of 1838, he left Paris for Marseilles and, after a brief stay, traveled to Nice where his condition worsened.

27. In May 1840, the Bishop of Nice sent Paganini a local parish priest to perform the last rites. Paganini assumed the sacrament was premature, and refused.

28. A week later, on 27 May 1840, Paganini died from internal hemorrhaging before a priest could be summoned. Because of this, and his widely rumored association with the devil, the Church denied his body a Catholic burial in Genoa.

29. It took four years and an appeal to the Pope before the Church let his body be transported to Genoa, but it was still not buried. 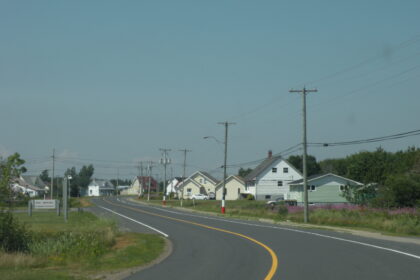