1. Located in the central part of Labrador on the coast of Lake Melville and the Churchill River, Happy Valley-Goose Bay is the largest population centre in that region.

2. Incorporated in 1973, it comprises the former town of Happy Valley and the Local Improvement District of Goose Bay.

3. Built on a large sandy plateau in 1941, the town is home to the largest military air base in northeastern North America, CFB Goose Bay.

4. In the summer of 1941, Eric Fry, an employee of the Canadian Department of Mines and Resources on loan to the Royal Canadian Air Force, selected a large sandy plateau near the mouth of the Goose River to build the Goose Bay Air Force Base.

5. Docking facilities for transportation of goods and personnel were built at Terrington Basin.

6. Goose Air Base became a landing and refuelling stop for the Atlantic Ferry route.

7. Soon after the site was selected, men from the coast of Labrador began working on the base.

8. With World War II in bloom, it took only five months to build an operational military airport on the leased territory.

9. The first settlers to the area came from coastal Labrador to work with McNamara Construction Company, which was contracted to build the Goose Bay Air Force Base.

10. Their first choice was Otter Creek, where they were told that it would have been too close to the base.

11. A new location was chosen based upon the requirement to be at least five miles (8 km) from the base.

12. In 1942, a new site was chosen that was first called Refugee Cove; it was not until 1955 that it eventually was renamed Happy Valley.

13. The first three families to arrive to work at the construction of the base were the Saunders from Davis Inlet, the Broomfields from Big Bay, and the Perraults from Makkovik.

14. Happy Valley’s first school was operated by a Mrs. Perrault from her home until 1946, when the Royal Canadian Air Force donated a building.

15. The old one-room school was bought by Bella and Clarence Brown in the early 1962 and turned into a family residence.

17. The Grenfell Mission operated the first medical facilities when it opened a nursing station in 1951. In 1963, the provincial government built Paddon Memorial Hospital.

18. Happy Valley-Goose Bay lies at the southwest end of Lake Melville near the mouth of the Churchill River.

19. The town is located on the southern shore of a peninsula created by Terrington Basin to the north and Goose Bay at the south.

20. Happy Valley-Goose Bay displays a humid continental climate (Köppen Dfb) right on the borderline with a subarctic climate (Köppen Dfc), marked by significant snowfall in the winter, which has average highs around −12 °C (10 °F).

21. Summer highs, on the other hand, average 20 °C (68 °F). The average high temperature stays below freezing for five months of the year and the low does so for eight months.

22. Snowfall averages nearly 460 centimetres (180 in) per year, and occurs in all months except July and August. Precipitation, at nearly 950 millimetres (37.4 in), is significant year-round and is heavy for a continental climate at its latitude.

23. CFB Goose Bay has seen a reduction of NATO low-level tactical flight training in the past decade, and the town is facing an uncertain future as the federal government has reduced the number of permanent Royal Canadian Air Force personnel to fewer than 100 all-ranks. The last NATO nations to use CFB Goose Bay for flight training, Germany and Italy, did not renew their leases after terminating in early 2006.

24. The runway at Happy Valley-Goose Bay was also an alternate, but unused, landing site for the now-decommissioned NASA space shuttle, because of its size and length.

25. Prior to its amalgamation with Happy Valley, the Local Improvement District of Goose Bay was set up in 1970 and included an area called Spruce Park and the Canadian Department of Transport Housing areas. It grew to include other areas of the base until 1973, when it comprised all of the base area.

26. By 1945, the population of Happy Valley reached 229 people, mostly workers who serviced the base. According to records kept by the newly organized United Church, in 1953 there were 116 families in the whole community, which had one UC school. About 50 families belonged to the United Church; 25 were Anglican, 25 Moravian, 14 Pentecostal and two were Catholic. By 1956, the population was 1,145, and by 1961, it had risen to 2,861, then doubled by 1966 to 4,215. Before the community of Happy Valley amalgamated with the Local Improvement District of Goose Bay, the population was 4,937, while Goose Bay’s population was 496.

29. The community is largely Protestant, at 73.9%, with a Catholic minority at 20.1%. About 1% of the population claims other religions, and 5% claim “no religious affiliation.” 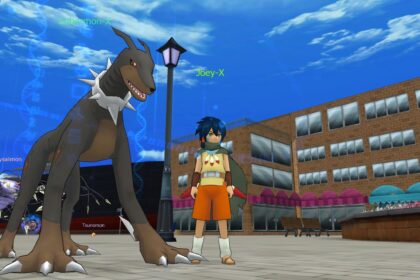 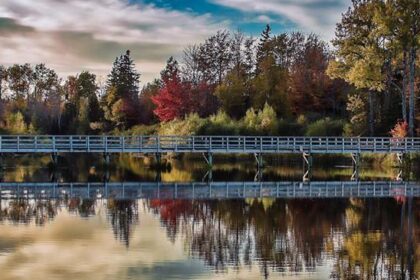 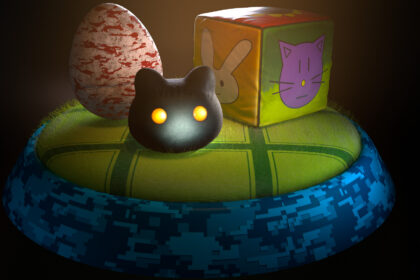 10 Amazing And Fun Facts About Botamon From Digimon