Mark Goudeau is an American serial killer and rapist. Goudeau was involved in one of the two simultaneously occurring serial killer cases which terrorized the Phoenix metro area between August, 2005, and June, 2006. Take a look below for 27 more weird and scary facts about Mark Goudeau.

1. Goudeau was first referred to as the “Baseline Rapist” when Phoenix Police first announced that a light skinned black man was sexually assaulting females as young as 12 years old at gunpoint near Baseline Road.

2. He would later be dubbed the “Baseline Killer” in the spring of 2006 after investigators began to link a series of murders and armed robberies to the rapist.

3. Goudeau is believed to have committed nine counts of first degree murder, in addition to 15 sexual assaults on women and young girls, 11 counts of kidnapping, and a number of armed robberies.

4. He was often described wearing various disguises such as a Halloween mask as well as attempting to impersonate a homeless man or drug addict. 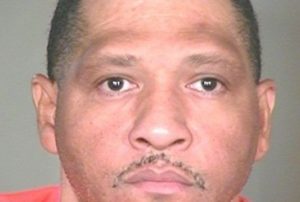 5. Phoenix Police spent thousands of hours patrolling and following up on hundreds of tips during the summer of 2006 looking for Goudeau.

6. Goudeau was arrested on September 7, 2006, and accused of sexually assaulting two sisters, one visibly pregnant, on September 20, 2005.

7. At the time of his arrest, Goudeau was returning to his home on 28th street, near the location of the last abduction.

8. On September 7, 2007, he was convicted in Maricopa County Superior Court on all 19 counts related to sexual assault.

9. Goudeau was charged with 94 crimes in all, including nine counts of first-degree murder, 15 counts of sexual assault and 11 counts of kidnapping. He pleaded not guilty.

10. His wife, Wendy Carr, told the Associated Press that police have arrested the wrong man: “My husband is innocent. This is a huge miscarriage of justice. And they have an innocent man in prison. This is all a mistake. He shouldn’t be in prison for something he didn’t do.” 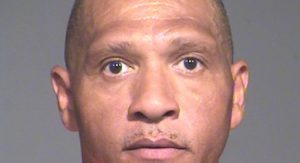 11. According to Arizona prison officials, Goudeau is an ex-convict who served 13 years for aggravated assault, a charge he pleaded down from the original one of rape and kidnapping.

12. He was sentenced to 21 years in 1991, amid warnings from the court investigator that his chances of repeat performance “appear to be great.”

13. In December 7, 2006, Phoenix Police formally charged Goudeau with all the crimes that have been associated with the Baseline Killer.

14. Goudeau was charged with 74 counts related to the case, including nine murders, five sexual assaults, and 12 armed robberies.

15. On March 16, 2007, Maricopa County Attorney Andrew Thomas announced that his office would seek the death penalty against Goudeau.

17. On August 6, 2005, police say that Goudeau forced three teenagers behind a church near Baseline Road, and molested two girls.

18. Police arrested Goudeau while he was working as a construction worker in Phoenix. 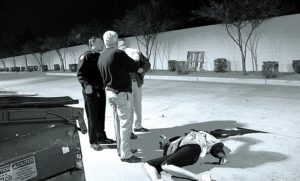 19. Goudeau was charged with attacking two sisters on September 20, 2005, while they were walking home from a Phoenix city park at night. Goudeau was linked to the attack by matching DNA evidence found on the victims.

20. During his trial, the two sisters gave testimony that Goudeau suddenly approached them with a gun in hi hand. They were forced into nearby bushes and told to remove their clothing.

21. Prosecutors said that Goudeau warned the women not to look at his face during the assault.

23. On December 7, 2006, three months after Goudeau was arrested, Phoenix Police said that they were confident that he was responsible for the full series of murders, rapes and robberies that terrorized the city for 13 months.

24. Goudeau is believed to have committed nine murders, one more than originally attributed to the Baseline Killer. 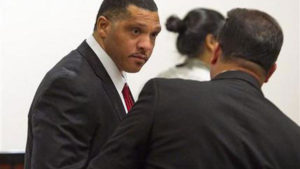 25. During his trial, a forensic specialist with the Department of Public Safety told the Maricopa County Superior Court that Goudeau was undoubtedly the source of male DNA found on the left breast of one of the victims with it being 360 trillion times more likely that DNA collected from the crime scene came from Goudeau rather than an unrelated black male.

26. Corwin Townsend, Goudeau’s defense attorney at the time, pointed out that Heath’s analysis showed only a partial match. Under cross-examination, Heath agreed that Goudeau’s DNA was consisted with only 3 of 13 genetic markers.

27. In June, 2009, a leaked police report indicated that another suspect had been questioned in connection to the Vargas and Roman lunch truck murder in February, 2006. Terry Wayne Smith, a black male who matched the description of the Baseline Killer and who lived near several of the Baseline Killer crime scenes was documented as a potential accomplice. 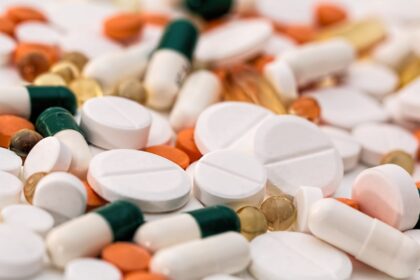 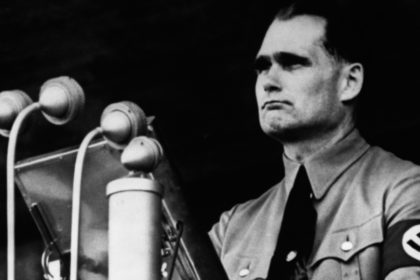