Altaria is a dual type Dragon and Flying Pokemon introduced in Generation III. It evolves from Swablu starting at level 35. It can Mega Evolve into Mega Altaria using the Altarianite. Take a look below for 26 fun and fascinating facts about Altaria.

1. Altaria is a blue, avian Pokemon.

2. Its body and cloud-like wings are covered in fluffy, white feathers.

3. It often folds its wings behind it, obscuring its back.

4. Two long, blue plumes extend like streamers from the back of its head.

5. It has a short, hooked beak and prominent cheek patches, both of which are white. Additionally, it has beady, black eyes. It has a long neck and short legs protruding from its fluffy body.

6. The feet are blue with four toes, three claws forward and one backward.

7. The tail is made up of five feathers, the outer two being longer than the inner ones.

8. Mega Altaria has more extensive cloud-like plumage, with a large, fluffy mass extending from its back. The feathers have grown as a self-protective measure, and they glimmer with an iridescent sheen. Its cottony wings are more distinct than in its base form, and its blue belly is now exposed.

9. Additional fluff surrounds its neck like a collar, and its head is adorned with a hat-like crest. A single, small feather curls out from its forehead, though its facial features are unchanged. Its tail feathers have grown into a long, wavy streamer, with three longer central plumes. Mega Altaria’s singing voice is even more beautiful than that of its regular form. It is known for its sociable personality and is not timid.

10. This Pokémon uses its wings to catch updrafts and soar across the sky.

11. It gracefully glides through the clouds, often while singing or humming in a soprano voice.

12. Its voice seems to have special properties which induce a dreamy state for listeners.

13. Altaria can be very affectionate, enveloping people it has bonded with in its cotton-like wings.

14. Altaria is often found living in forests, though it also inhabits mountain ranges.

15. No other Pokémon has the same type combination as Mega Altaria.

17. Altaria is the quickest Dragon-type Pokémon to reach level 100, needing only 600,000 experience points to do so.

18. Altaria is likely based on a Peng, a Chinese legendary bird of enormous size, said to travel 3000 li in one flap of its mighty, cloud-like wings. It is often portrayed as having a fish’s head and whiskers.

19. The shape of the fluff on Mega Altaria’s head may draw inspiration from ushankas.

20. Altaria is a combination of alto (Spanish, Portuguese, and Italian for high) or altus (Latin for high) and aria (Italian for air). Aria in music can refer to expressive melody, relating to Altaria’s singing abilities. “Ria” could additionally be a misspelling of Rhea, the name of a large white bird. It may also refer to the star Altair, the brightest star in the constellation Aquila, the Eagle.

21. Winona’s Altaria appeared in Sky High Gym Battle!. It faced off against Ash’s Grovyle during Ash’s Gym battle against Winona, and lost.

22. An Altaria appeared in Vanity Affair, under the ownership of Drake. It battled Ash’s Grovyle and easily won due to its type advantage.

23. A flock of Altaria appeared in Pokémon Ranger – Deoxys’ Crisis! (Part 1). The Altaria’s sense of direction had gone haywire, so Solana captured one of them with her Capture Styler to put them back in order.

24. A Trainer’s Altaria appeared in A Meteoric Rise to Excellence!, where it was being trained by Wilma. Because of its great power, it was captured by Team Rocket, but it managed to damage their machine to the point where it was unable to move. It was then rescued by Gible.

25. An Altaria appeared in Last Call — First Round!, under the ownership of Nando. It first participated in the Performance Stage of the Sinnoh Grand Festival. It performed alongside his Kricketot and helped Nando advance to the Contest Battles.

26. Two Altaria appeared in a flashback in Drayden Versus Iris: Past, Present, and Future!. One of them was a Pokémon that students from the Opelucid Academy could borrow in order to learn how to battle. The other was one of the Pokémon that Iris had befriended. 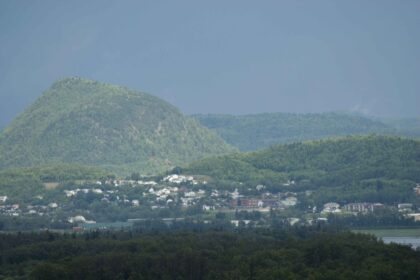 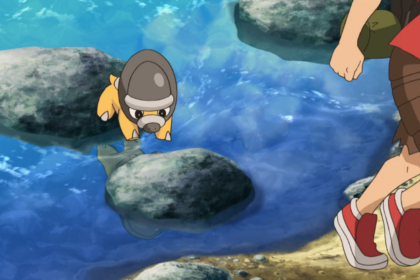 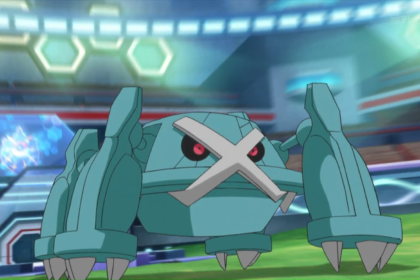