Nannie Doss was an American serial killer responsible for the deaths of 11 people between the 1920s and 1954. Doss was referred to as the “Giggling Granny,” the “Lonely Hearts Killer,” the “Black Widow,” and “Lady Blue Beard.” Take a look below for 25 more interesting and bizarre facts about Nannie Doss.

1. Doss was called a “self-made widow” by a newspaper.

2. She confessed to her murders in October, 1954, after her fifth husband had died in a small hospital in Tulsa, Oklahoma.

3. In total, it was revealed that she had killed four husbands, two children, her two sisters, her mother, a grandson, and a mother-in-law.

4. Doss was born on November 4, 1905, in Blue Mountain, Alabama, which is now part of Anniston, Alabama, as Nancy Hazel to Louisa “Lou” and James F. Hazel.

5. She was one of five children. She had one brother and three sisters. 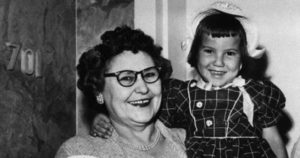 6. Both Doss and her mother hated James, who was a controlling father and husband. James would often force his children to work on the family farm instead of going to school, resulting in Nannie’s poor academic performance.

7. When she was 7 years old, while the family was taking a train to visit relatives in southern Alabama, Nannie hit her head on a metal bar on the seat in front of her when the train suddenly stopped. Because of this, she suffered severe headaches, blackouts and depression.

8. During her childhood, her favorite hobby was reading her mother’s romance magazines and dreaming of her own romantic encounters.

9. Her father forbade her and her sisters from wearing makeup and attractive clothing to prevent them from being molested by men.

10. Even though her father attempted to keep his daughters from being molested, Nannie and her sisters were molested on several occasions.

11. Doss was first married at the age of 16 to Charley Braggs, her co-worker at a linen factory. 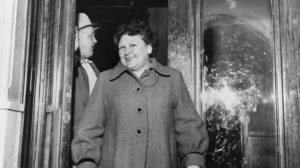 13. Braggs and Doss divorced around 1928, with Nannie taking her two girls back to her mother’s home.

14. Nannie met and married Harrelson in 1929, when she was 24 years old, a year after her divorce from Braggs.

15. After a few months in her second marriage, Doss discovered that her husband was an alcoholic and had a criminal record for assault. Despite this, their marriage lasted for 16 years.

16. In 1945, Japan surrendered to the Allied powers at the end of World War II, and Harrelson drank heavily in celebration. After a night of heavy drinking, he raped Doss.

17. After Harrelson raped Doss, she discovered his corn whiskey jar buried in the ground as she tended her rose garden. The rape was the last straw for her, so she took the jar and topped it off with rat poison. Harrelson died a painful death that evening. 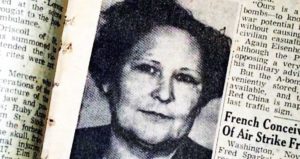 19. Lanning died in 1950 from what was thought to be heart failure and local townspeople came out in support of his widow, Doss. After the funeral, the house they had lived in, which was inherited by Lanning’s sister, burned down and Doss got the insurance money.

20. After Lanning, Doss found Richard L. Morton of Jamestown, North Carolina in a dating service called the Diamond Circle Club. They married in 1952 in Emporia, Kansas.

21. In January, 1953, Doss’s mother, Lou, moved in with Doss and her new husband after her husband’s death. A few days later, she started to have severe stomach pains and died.

22. Three days after Doss’s mother’s death, Morton died after drinking from a thermos full of coffee that had been spiked by Doss with arsenic.

23. Within months after the death of her fourth husband, Doss had her eyes set on a new one. She met Samuel Doss, a Nazarene minister who had lost his family in a tornado in Arkansas, on a bus going to Tulsa, Oklahoma. They married soon after. 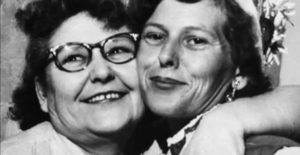 24. In September, he was hospitalized after eating an arsenic-laced prune cake. He showed flu-like symptoms and the diagnosis was a severe digestive tract infection.

25. The final murder caught up with Doss. Driven by greed, she killed Samuel on the day that he had come back home so that she could collect the two insurance policies she had taken in his name. The doctor who treated Samuel did an autopsy on the body and found a large amount of arsenic in his system. Doss was arrested immediately. 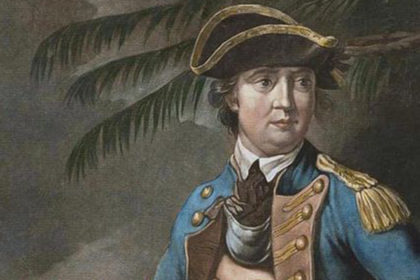 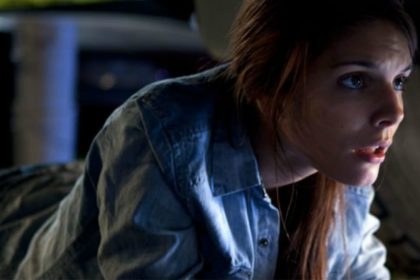 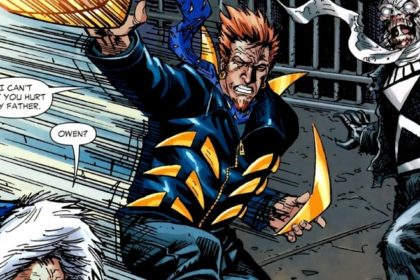