1. The name Laguna Niguel is derived from the words “Laguna” (Spanish for “lagoon”) and “Niguili” (the name of a Native American village once located near Aliso Creek).

2. As of the 2020 census, the population was 64,355. Laguna Niguel is located in the San Joaquin Hills in the southeastern corner of Orange County, close to the Pacific Ocean, and borders the cities of Aliso Viejo, Dana Point, Laguna Beach, Laguna Hills, Mission Viejo, and San Juan Capistrano.

3. Laguna Niguel has its origins in the Rancho Niguel Mexican land grant, which was acquired in 1959 by the Laguna Niguel Corporation to develop one of California’s first master-planned communities.

4. As a predominantly residential city, Laguna Niguel serves as a bedroom community for the job centers of northern and central Orange County. Laguna Niguel has a median household income 31 percent above the Orange County average and nearly double the U.S. average.

5. It is known for its mild coastal climate, low crime rate, and its numerous parks and public trails.

6. The first recorded inhabitants of the Laguna Niguel area were the Acjachemem Native Americans, who may have had a village called “Niguili” near the confluence of Aliso Creek and Sulphur Creek.

7. Aliso Creek marked the boundary between the Acjachemem and Tongva people. In the 1700s, during the Spanish colonization of the Americas, Spanish missionaries established the nearby Mission San Juan Capistrano to convert the Acjachemem (called the Juañeno by the Spanish) to Christianity.

8. The Mission lands, which included the present-day boundaries of Laguna Niguel, were divided into private land grants in 1821 upon Mexico’s independence from Spain.

9. In 1842, the 13,316-acre (5,389 ha) Rancho Niguel was granted to Juan Avila; he retained ownership of the land through the Mexican–American War (when California became part of the United States) until 1865, when a severe drought forced him into bankruptcy.

10. In 1895 Lewis Moulton and Jean Pierre Daguerre bought the Rancho Niguel and other portions of the surrounding area from farmers who were struggling due to persistent drought conditions. The Moulton Company was established to oversee 19,000 acres (7,700 ha) of local land which was used, mainly for orchards and sheep ranching, well into the mid-20th century.

11. In 1951 the land was divided between the Moulton and Daguerre families, the latter inheriting 8,056 acres (3,260 ha) in the future location of Laguna Niguel. In 1954 the Daguerres sold 7,200 acres (2,900 ha) to the Shumaker Group and 856 acres (346 ha) of oceanfront to George Capron, a former Major League Baseball player who established the Capron Ranch.

12. The completion of Interstate 5 in 1959 enabled easy access to job centers in Los Angeles County, creating a boom in the Orange County housing market. In 1959, Cabot, Cabot & Forbes and Paine Webber partnered to form the Laguna Niguel Corporation, which purchased the Daguerre land to develop one of California’s first master planned communities.

13. The initial 7,100-acre (2,900 ha) town plan was created by Viennese architect Victor Gruen and expanded beginning in 1971 by AVCO Community Developers after they acquired the Laguna Niguel Corporation.

14. The name of the city was created from “Laguna”, a reference to the tidal lagoon that once formed at the mouth of Aliso Creek, and the name of the Acjachemem village Niguili that once occupied the area. As the city would be developed in stages, ranchers and farmers signed annual leases with the Laguna Niguel Corporation to use the land until the planned communities were built.

15. In contrast to a traditional bedroom community, Laguna Niguel was designed so that “families should have most of their economic needs and their social and cultural interests met by facilities within the community”.

16. The plan was also notable for its emphasis on parks and open space – comprising nearly a third of the land to be developed. The Laguna Niguel Corporation went public in April 1959 and raised an initial $8.2 million from investors. In 1962 the first tracts of Monarch Bay and Niguel Terrace were completed, consisting of 565 homes.

17. In 1960, the Moulton Niguel Water District (which today serves all of Laguna Niguel) was established by a conglomerate of ranchers, to import water from the Colorado River Aqueduct as the area lacked a sufficient natural water supply. In 1964, Crown Valley Parkway was completed from I-5 to the Pacific Coast Highway, facilitating transport through the growing city. By 1965 the population of Laguna Niguel reached 1,000.

18. The Laguna Niguel Homeowner’s Association was formed in 1966 as an advisory to the Orange County Board of Supervisors (which governed the unincorporated community). In 1973 Laguna Niguel Regional Park opened to the public. The Chet Holifield Federal Building (a local landmark popularly known as the “Ziggurat”), designed by William L. Pereira, was constructed for Rockwell International and was meant to bring 7,000 jobs to the area. After the end of the Vietnam War, Rockwell reportedly lost a defense contract with the federal government and the building was left unoccupied. It was eventually traded to the US General Services Administration in exchange for industrial facilities elsewhere.

19. The Ziggurat, which was completed in 1971 well before the development of residential communities in the area, is one of Laguna Niguel’s most noticeable landmarks. The Orange County Register described it as “the only constant in an ever developing locale.”

20. It houses millions of microfilms as documents of land agreements between the American government and Native American tribes of the southwest United States. It is also home to the Western Regional Department of Homeland Security and the California Service Center of the United States Citizenship and Immigration Services. The building was featured in an ending scene for the 1975 sci-fi movie Death Race 2000 and as the headquarters for the Luckup Corporation in the 1983 movie Deal of the Century. It was also used for the 1995 movie Outbreak, where it served as the exterior for the Centers for Disease Control headquarters. 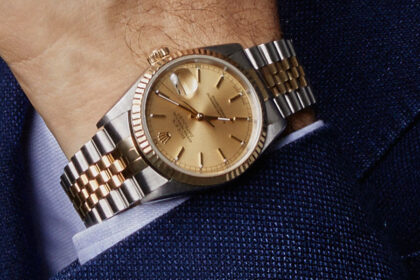 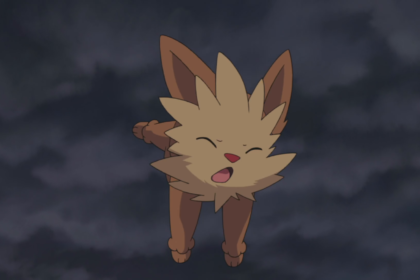