1. It is located 35 miles (56 km) north of downtown San Bernardino in Victor Valley and surrounded by the Mojave Desert.

2. Because of its relatively high elevation and the unique and moderate weather patterns of the region, Hesperia is part of what is locally called the High Desert.

6. The first inhabitants were Serrano Indians.

7. They lived in the normally dormant Mojave River bed, and the land was sparsely inhabited desert during Spanish-Mexican rule in the 19th century.

8. The U.S. annexed the region along with Southern California after the Mexican-American War in 1848.

9. In 1869, Max Stobel purchased 35,000 acres (14,000 ha) from the United States Government Land Office for $40,000. While several attempts were made to subdivide and encourage colonization, the land was primary used for agricultural purposes, with raisin grapes the primary product.

10. The town site was laid out in 1891 by railroad company land developers of the US & Santa Fe Railroad, which was completed that year.

11. Hesperia was named for Hesperus, the Greek god of the West. The railroad land developers published pamphlets distributed across the country with boosterism of Hesperia, California, as a potential metropolis, to become “the Omaha of the West” or projections to have over 100,000 people by 1900, but only 1,000 moved in.

16. Hesperia has its own manmade lake (Hesperia Lake Park) on the southeastern edge of the town. This lake is where various town activities are held, including the annual Hesperia Day activities. Camping and fishing are permitted here, as well as day camp and various junior leagues for sports.

17. Just south of Hesperia Lake Park is the Radio Control Model Aircraft Park, located at 1700 Arrowhead Lake Road. Home of the Victor Valley R/C Flyers, the R/C Park is open on a daily basis by its members. Saturdays and Sundays are the best times to enjoy watching and flying radio-controlled miniature aircraft. Admission is free and the public is welcome.

18. Hesperia’s golf course is known for its narrow fairways and fast greens. During the 1950s and 1960s, this course was a stop along the PGA Tour. The course runs from the rift between the “mesa” and the adjoining land on the other side.

19. To the east of Hesperia, the Mojave River runs from south to north, mainly under ground, and it surfaces in Victorville. Although the river bed is usually dry, it fills up if Hesperia experiences a rare heavy rain. Hesperia is bordered to the north by the city of Victorville, and to the east by the town of Apple Valley.

20. Hesperia is the home of Cal-Earth, a nonprofit organization demonstrating and teaching a method of home construction, particularly for arid hot areas, called Superadobe. 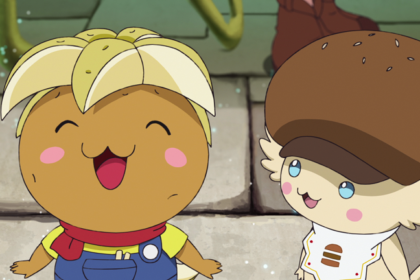