Medford is a city in and the county seat of Jackson County, Oregon, in the United States. As of the 2020 United States Census on April 1, 2020, the city had a total population of 85,824 and a metropolitan area population of 223,259, making the Medford MSA the fourth largest metro area in Oregon. Take a look below for 20 awesome and interesting facts about Medford, Oregon, United States.

1. The city was named in 1883 by David Loring, civil engineer and right-of-way agent for the Oregon and California Railroad, after Medford, Massachusetts, which was near Loring’s hometown of Concord, Massachusetts.

2. Medford is near the middle ford of Bear Creek.

3. In 1883, a group of railroad surveyors headed by S. L. Dolson and David Loring arrived in Rock Point, near present-day Gold Hill.

4. They were charged with finding the best route through the Rogue Valley for the Oregon and California Railroad. Citizens of neighboring Jacksonville hoped that it would pass between their town and Hanley Butte, near the present day Claire Hanley Arboretum. Such a move would have all but guaranteed prosperous growth for Jacksonville, but Dolson decided instead to stake the railroad closer to Bear Creek.

5. The response from Jacksonville was mixed, but the decision was final. By November 1883, a depot site had been chosen and a surveying team led by Charles J. Howard was hard at work platting the new town.

6. They completed their work in early December 1883, laying out 82 blocks for development.

7. James Sullivan Howard, a merchant and surveyor, claimed to have built the town’s first building in January 1884, though blacksmith Emil Piel was advertising for business at the “central depot” in the middle of December 1883. Others point out the farms of town founders Iradell Judson Phipps and Charles Wesley Broback, which were present before the town was platted.

8. Regardless, on February 6, 1884 (less than a month after it was built), J. S. Howard’s store became Medford’s first post office, with Howard serving as postmaster.

9. The establishment of the post office led to the incorporation of Medford as a town by the Oregon Legislative Assembly on February 24, 1885, and again as a city in 1905. Howard held the position of postmaster for Medford’s first ten years, and again held the post upon his death on November 13, 1919.

10. The beginning of the 20th century was a transitional period for the area. Medford built a new steel bridge over Bear Creek to replace an earlier one which washed away three years before. Without a bridge, those wanting to cross had to ford the stream, typically using a horse-drawn wagon; the first automobile did not arrive in Medford until 1903.

11. Pharmacist George H. Haskins had opened a drugstore just after the town was platted, and in 1903 he allowed the Medford Library Association to open a small library in that store. Five years later the library moved to Medford’s new city hall, in another four years, Andrew Carnegie’s donation allowed a dedicated library to be built. Construction on the Medford Carnegie Library was completed in 1912.

12. In 1927, Medford took the title of county seat of Jackson County away from nearby Jacksonville.

13. Until the 1960s, Medford was a sundown town where African Americans and other nonwhites were not allowed to live or stay at night.

14. In 1967, Interstate 5 was completed immediately adjacent to downtown Medford to replace the Oregon Pacific Highway. It has been blamed for the decline of small businesses in downtown Medford since its completion, but nevertheless remains an important route for commuters wishing to travel across the city.

15. In fact, a study completed in 1999 found that 45% of vehicles entering I-5 from north Medford heading south exited in south Medford, just three miles (5 km) away.

16. The high volume of traffic on Interstate 5 led to the completion of a new north Medford interchange in 2006. The project, which cost about $36 million, improved traffic flow between I-5 and Crater Lake Highway.

17. Further traffic problems identified in south Medford prompted the construction of another new interchange, costing $72 million. The project began in 2006 and was completed in 2010.

18. Since the 1990s, Medford has dedicated an appreciable amount of resources to urban renewal in an attempt to revitalize the downtown area. Several old buildings have been restored, including the Craterian Ginger Rogers Theater and the Prohibition era Cooley-Neff Warehouse, now operating as Pallet Wine Company, an urban winery.

20. Economic problems in 2008 and 2009 put a hold on The Commons project, a collaboration between the city of Medford and Lithia Motors. The project, one of the largest undertaken in downtown in recent years, aims to provide more parking, recreation, and commerce to the area. Before the work stopped, the Greyhound Bus depot was moved and $850,000 was spent replacing water lines. The Commons is anchored by the new corporate headquarters of Lithia Motors, Inc. 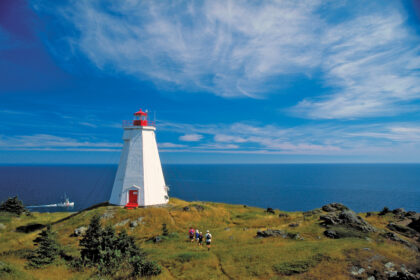 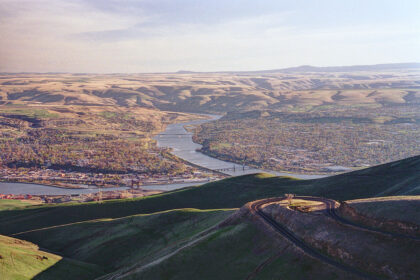