1. His poems have been widely translated into many of the world’s languages and transposed into various formats.

2. Rumi has been described as the “most popular poet” and the “best selling poet” in the United States.

3. Rumi’s works are written mostly in Persian, but occasionally he also used Turkish, Arabic and Greek in his verse.

4. His Masnavi, composed in Konya, is considered one of the greatest poems of the Persian language.

5. His works are widely read today in their original language across Greater Iran and the Persian-speaking world. 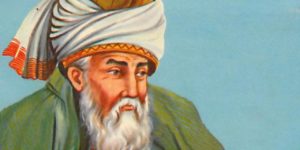 6. Translations of his works are very popular, most notably in Turkey, Azerbaijan, the United States, and South Asia.

7. His poetry has influenced not only Persian literature, but also Turkish, Ottoman Turkish, Azerbaijani, as well as the literature of some other Turkic, Iranian and Indo-Aryan languages including Chagatai, Urdu and Pashto.

8. A deep grasp of his original poetry requires excellent command of modern Persian, and an equally good command of Islamic prophetic traditions, and the Qur’an.

10. His father, Bahaduddin Walad, was a theologian, jurist and a mystic, while his mother was Mumina Khatun.

11. When Mongols invaded Central Asia, between 1215 and 1220, Rumi left Balkh with his family and a group of disciples. The migrating caravan traveled extensively in Muslim lands, including Baghdad, Damascus, Malatya, Erzincan, Sivas, Kayseri and Nigde.

12. Rumi was a disciple of Sayyed Burhan ud-Din Muhaqqiq Termazi, one of his father’s students. 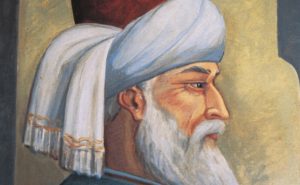 13. Under the guidance of Sayyed Termazi, he practiced Sufism and acquired a lot of knowledge about spiritual matters and secrets of the spirit world.

14. After the demise of Bahaduddin, in 1231 AD, Rumi inherited his father’s position and became a prominent religious teacher.

15. He preached in the mosques of Konya.

16. By the time Rumi was 24 years old, he had proven himself as a well-informed scholar in the field of religious science.

17. Rumi was already a teacher and a theologian, when in 1244 AD, he came across a wandering dervish named Shamsuddin of Tabriz. The meting proved to be a turning point in his life.

19. Shamsuddin went to Damascus, where he was allegedly killed by the students of Rumi who were resentful of their close relationship.

20. Rumi expressed his love for Shamsuddin and grief at his death, through music, dance and poems. 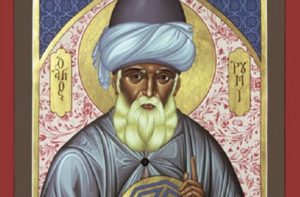 21. For nearly ten years after meeting Shamsuddin, Rumi devoted himself in writing ghazals.

22. He is considered to be one of the classical poets, by the speakers of the Persian language in Iran, Afghanistan and Tajikistan.

23. For many years, he had a great influence on Turkish literature.

24. Rumi’s poetry forms the basis of much classical Iranian and Afghan music.

26. Rumi’s work has been translated into many of the world’s languages, including Russian, German, Urdu, Turkish, Arabic, Bengali, French, Italian and Spanish. 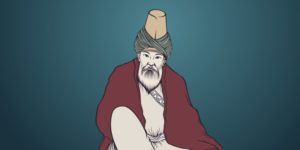 27. The English interpretations of Rumi’s poetry by Coleman Barks have sold more than half a million copies worldwide.

28. Recordings of Rumi’s poems have made it to the USA’s Billboard’s Top 20 list.

29. There is a famous landmark in Northern India, known as Rumi Gate, situated in Lucknow, the capital of Uttar Pradesh, named after Rumi.