Natalie Portman, born Neta-Lee Hershlag, is an actress, film director and film producer with dual American and Israeli citizenship. She’s best known for her roles as Padme Amidala in the Star Wars prequel trilogy and Nina Sayers in Black Swan. Take a look below for 30 more interesting and fascinating facts about Natalie Portman.

1. For her role as Nina Sayers in Black Swan, Portman won an Academy Award, Golden Globe Award and the Screen Actors Guild Award, among other accolades.

2. She made her film debut in Leon: The Professional, which co-starred Jean Reno and Gary Oldman.

3. At the same time as her film debut, she studied dancing and acting in New York and was preparing to star in Star Wars: Episode I – The Phantom Menace, while still in high school in Long Island.

4. In 1999, Portman enrolled in Harvard University to study psychology, alongside her work as an actress. She completed a bachelor’s degree in 2003.

5. During her time at Harvard, she starred in Star Wars: Episode II – Attack of the Clones and opened in New York City’s The Public Theater production of Anton Chekhov’s The Seagull in 2001.

6. Portman was nominated for an Academy Award and won a Golden Globe Award for Best Supporting Actress – Motion Picture for her role in Closer.

7. She went on to play leading roles in V for Vendetta, Goya’s Ghosts, Mr. Magorium’s Wonder Emporium, The Other Boleyn Girl, and No Strings Attached.

9. She portrayed First Lady Jacqueline Kennedy in Jackie. For her role as Jackie Kennedy, she was nominated for an Academy Award, Golden Globe Award, Screen Actors Guild Award and a BAFTA Award. She won the Critics’ Choice Movie Award for Best Actress.

10. In May, 2008, Portman served as the youngest member of the 61st Annual Cannes Film Festival jury. 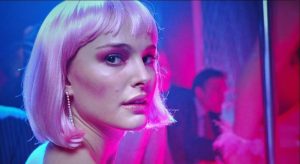 12. Her first feature film as a director was A Tale of Love and Darkness, which was released in 2015.

13. Portman is the only child of Shelley, an American homemaker who works as Portman’s agent, and Avner Hershlag, an Israeli fertility specialist and gynecologist.

14. Her maternal grandparents, Bernice and Arthur Stevens, were from Jewish families who moved to the United States from Austria and Russia.

15. Her paternal grandparents, Mania and Zvi Yehuda Hershlag, were Jewish immigrants from Israel.

16. Portman’s parents met at a Jewish student center at Ohio State University, where her mother was selling tickets. They talked after her father went back to Israel and were married when her mother visited a few years later.

17. She learned to speak Hebrew while living on Long Island and attended a Jewish elementary school, the Solomon Schechter Day School of Nassau County in Jericho, New York.

18. Portman skipped the premier of her movie Star Wars: Episode I – The Phantom Menace, so she could study for her high school final exams. 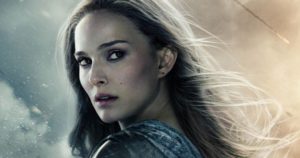 19. While attending Harvard, she was a resident of Lowell House and wrote a letter to the Harvard Crimson in response to an essay critical of Israeli actions toward Palestinians.

20. In the spring of 2004, she returned to Israel and took graduate courses at the Hebrew University of Jerusalem.

21. Portman has professed an interest in foreign languages since childhood and has studied French, Japanese, German and Arabic.

22. As a student, Portman co-authored two research papers that were published in scientific journals.

23. Her 1998 high school paper, “A Simple Method to Demonstrate the Enzymatic Production of Hydrogen from Sugar,” co-authored with scientists Ian Hurley and Jonathan Woodward, was entered in the Intel Science Talent Search.

25. After Portman starred in the video for folk singer Devendra Banhart’s song “Carmensita,” the two began a relationship, which ended in September, 2008. 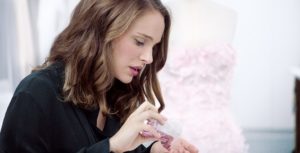 26. Portman began dating ballet dancer Benjamin Millepied in 2009. The couple met while she was filming Black Swan, for which he was the choreographer.

27. In December, 2010, Portman announced their engagement and confirmed her pregnancy. She gave birth to their son Aleph Portman-Millepied on June 14, 2011.

28. Millepied said in January, 2014, that he was in the process of converting to Judaism.

29. Portman received several injuries on the set of Black Swan. The most famous of which was included in the film, which was a rib injury.

30. Even though she was already a vegetarian, she decided to become vegan in 2009.