Ellen Lee Degeneres was born on January 26, 1958, in Metairie, Louisiana, United States. She’s an American comedian, television host, actress, writer, and producer. She starred in the popular sitcom Ellen from 1994 to 1998 and has hosted her syndicated TV talk show, The Ellen Degeneres Show, since 2003. Take a look below for 30 more interesting and bizarre facts about Ellen Degeneres.

1. Ellen, along with her brother, Vance, was raised as a Christian Scientist. Because of this, she didn’t use any sort of medication or see a doctor until she was 13 years old, when she stopped associating with the religion. However, she has publicly stated that she still believes in God.

2. Before she became a successful comedian, she had several odd jobs. Some of these include a short position as an oyster shucker in New Orleans, a paralegal, a bartender, a waitress at TGI Friday’s, and even a vacuum cleaner salesman.

3. Her comedy career began in 1980, when she started performing in small clubs and coffee shops. In 1981, she became an MC at New Orleans’ Clyde’s Comedy Club. In 1982, she was named the Funniest Person in America by Showtime.

4. Her 11th cousin is Madonna. Martin Aucoin of France was their 10th great grandfather and both of their families lived in Nova Scotia after leaving France.

5. Ellen was the first comedian woman to have Johnny Carson invite her over to chat with him on the couch of The Tonight Show after she finished her stand up routine in 1986. 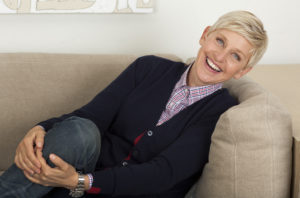 6. She first publicly came out as a lesbian in February, 1997, on The Oprah Winfrey Show, before her character on her sitcom, Ellen, came out in “The Puppy Episode,” which went on to become one of the highest rated episodes of the series.

7. She turned down a role in the massively popular show Friends. However, she was successful in her career regardless.

8. After “The Puppy Episode” aired, sponsors such as Chrysler withdrew their advertisements and ABC’s Birmingham, Alabama affiliate refused to air the episode.

9. She was offered to play the lead role in the 1994 hit movie “Speed.” The role eventually went to Sandra Bullock.

10. She auditioned for the 1994 movie “Pulp Fiction” for the role of Jody. However, the part was given to Rosanna Arquette.

11. Ellen was reluctant to do a love scene with Sharon Stone in the 2000 movie “If These Walls Could Talk 2”, but after being coaxed by then-partner Anne Heche, who directed the scene, she went through with it.

12. She was given her own ride at Disney World’s Epcot called “Ellen’s Energy Adventure.” The ride featured a number of shorts movies about energy starring her and Bill Nye. The ride was later replaced by a Guardians of the Galaxy ride.

13. Ellen lent her voice to the part of Dory, who’s a character in the popular movies “Finding Nemo” and “Finding Dory.”

14. She personally asked her pop star friend Sia to sing the theme song for “Finding Dory.” The song is called “Unforgettable,” which seems fitting since Dory has problems remembering anything.

15. She once lived in an apartment that was used in the 2014 horror movie “Annabelle”. 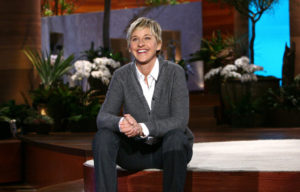 16. She’s known for her professionalism and punctuality as she always show up early for interviews and photo shoots.

17. Her favorite television channel is Animal Planet. She noted that she likes to watch it while on the elliptical machine.

18. Ellen became a Cover Girl in 2008, and she has appeared in a few funny commercials for the brand with Sofia Vergara.

19. She’s the second woman in history to host the Academy Awards, the first being Whoopi Goldberg.

20. The best seat on the set for The Ellen DeGeneres Show is always reserved for her mother, Betty, whom Ellen stayed with as a teenager after her parents’ divorce.

21. She’s an animal rights activist and has been vegan since she turned 50.

22. She lost a push up contest to Michelle Obama.

23. Catherine, the Duchess of Cambridge is actually Ellen’s 15th cousin.

24. She did a reading of 50 Shades of Grey on her television show. 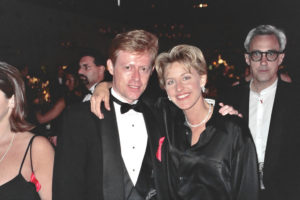 25. Ellen received the Presidential Medal of Freedom, which is the highest possible award for a civilian in the United States, from President Barack Obama on November 22, 2017.

26. She’s a big football fan. Her favorite teams are the Green Bay Packers and the New Orleans Saints. She’s even dressed up as the Packers Hall of Fame member Don Huston for a practice session with the team in 2011.

27. She used to smoke cigarettes but she quit in 2005 when she wanted to try and live a healthier lifestyle.

28. Her first role in a feature movie was that of coach in the 1993 comedy movie “Coneheads.”

29. Before becoming a comedian, she considered becoming a professional golfer.

30. She’s had 3 voice roles in video games. She voiced Dory twice and a character in “9: The Last Resort.”