Daredevil is a superhero appearing in American comic books published by Marvel Comics. He was created by writer Stan Lee and artist Bill Everett, with some input from Jack Kirby. He first appeared in Daredevil #1 in April, 1964. He’s commonly known as the “Man Without Fear” and the “Devil of Hell’s Kitchen.” Take a look below for 30 more interesting and bizarre facts about Daredevil.

1. Daredevil utilizes his superhuman sense of hearing as an aid in processing, filtering and interpreting the feedback of his radar or sonar sense to give him a 3D picture of his surroundings. This is similar to echolocation that dolphins use.

2. Stan Lee himself said that Daredevil’s Radar Sense is better than Spiderman‘s Spider-Sense. Daredevil can see 150 yards in 360 degrees without concentrating, and even more when he does concentrate. The thing about Daredevil’s radar that makes it a step ahead is that Murdock can assess the threats that are incoming and Spiderman can only react to the split second Spider Sense tingle.

3. Daredevil took down 107 members of the Yakuza in under 3 minutes. All of them were armed with swords, guns and bats.

4. He once smelled a sniper from two blocks away just by the gun powder.

5. He became the leader of the evil ninja clan. The Hand, in Daredevil #500. If he hadn’t taken the mantle, it would have gone to Kingpin. Daredevil thought that it would be better to lead the clan himself rather than an evil lunatic like Kingpin. 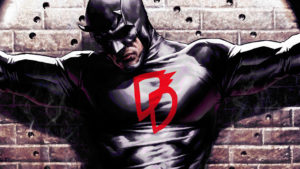 7. After a couple weeks of its release, Daredevil became the second most pirated show in the world, after Game of Thrones.

9. Matt Murdock often jumps off buildings without mapping out how he will land. He literally improvises it in midair and he does this while traveling from rooftop to rooftop.

10. Jack Murdock, Matt’s father, made Matt promise to get a good education, and not become a fighter like himself. Not wanting to break his promise, Matt always took his taunting classmates insults, but he secretly kept up a rigorous training regimen all by himself.

11. Daredevil once identified the age of a girl, who happened to be 16, and her baby because of her heartbeat. The baby was two months old. He tracked them down from his office, three blocks away from where the girl was located.

12. He said that his sense of taste is so acute that he can, “even tell how many grains of salt are on a pretzel.”

13. He uses many different interrogation methods to extract information from criminals. His knowledge of criminology and torture is described as unerring and often overwhelming.

14. As a fan of the character, Ben Affleck made a point of reading every single comic book that featured Daredevil as preparation for his role in “Daredevil.”

15. As he was unfamiliar with the source material before he was cast in Marvel’s Daredevil, Charlie Cox only found out the character was blind the day before his audition.

16. Daredevil once had an animal sidekick, which was a seeing eye dog named Deuce the Devil Dog. Foggy lost the dog in a poker game.

17. He was originally written as a more campy superhero. This changed when writer, Frank Miller, was mugged on the streets of New York City. He focused his anger with the thief on writing a darker take on the character.

18. Deadpool once tricked Daredevil by attaching an iPod with a piece of tape to his back. He told him it was an interspatial distorter that would phase his brain into Dimension X.

19. Daredevil has an ability known as Atmosphere Detection. This means that he can sense minor changes in the atmosphere around him, allowing him to know when a teleporter is about to teleport into the same room as him before it happens.

21. The Teenage Mutant Ninja Turtles were originally created as a parody of Daredevil and 3 other television shows at the time. The name “Splinter” even parodied Daredevil’s mentor, “Stick.”

22. Iron Fist once disguised himself as Daredevil to convince the media and the public that Matt Murdock isn’t the Daredevil.

23. Daredevil once faked his own death and lived in disguise as a street hustler named Jack Batlin.

24. Matt Murdock was married to a blind woman named Milla Donovan in Daredevil Volume 2 #54. They have since divorced.

25. Daredevil’s suit was originally yellow and made of his fathers boxing robes. 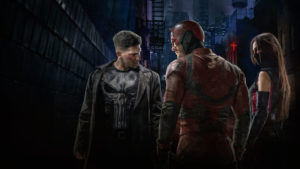 26. Matt Murdock’s father, a boxer named Jack Murdock, supports him as he grows up. However, he’s later killed by gangsters when he refuses to throw a fight.

27. Stan Lee was very nervous that blind people would find Daredevil offensive or parodical, and was prepared to cancel it. However, upon its release, he received fan mail praising his handling of the subject and asking him to contribute to charities for the blind.

28. Even though Daredevil was blind, he managed to duck when Bullseye threw a sharp metal plate at him, causing him to miss for the first time.

29. Daredevil recognizes Captain America’s heartbeat. He says, “there’s not another one like it in the world. It beats like Sousa March.”

30. Daredevil once threw one of his enemies off a rooftop with the intent of killing him. However, he survived, so Daredevil visited him in the hospital and forced him to play Russian Roulette. The gun was empty but the villain didn’t know.