Michael Sylvester Gardenzio Stallone, born July 6, 1946, is an American actor and filmmaker. He’s well known for his Hollywood action roles, including boxer Rocky Balboa in the Rocky series, soldier John Rambo in the four Rambo films, and Barney Ross in the three The Expendables films. Take a look below for 30 more interesting and fun facts about Sylvester Stallone.

1. Stallone wrote or co-wrote most of the 14 movies in all three franchises that he’s known for, and directed many of the movies.

2. Stallone’s movie Rocky was inducted into the National Film Registry, and had its props placed in the Smithsonian Museum.

3. His use of the front entrance to the Philadelphia Museum of Art in the Rocky series led the area to be nicknamed the Rocky Steps, and Philadelphia has a statue of his Rocky character placed permanently near the museum.

4. It was announced on December 7, 2010, that Stallone was voted into the International Boxing Hall of Fame in the non-participant category.

5. In 1977, Stallone was nominated for two Academy Awards for Rocky, Best Original Screenplay and Best Actor. 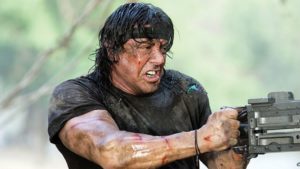 6. He became the third man in history to receive Best Original Screenplay and Best Actor nominations for the same movie, after Charlie Chaplin and Orson Welles.

8. He was born in the Hell’s Kitchen neighborhood of Manhattan, New York City.

9. Stallone is the elder son of Frank Stallone Sr., a hairdresser and beautician, and Jacqueline “Jackie” Stallone, an astrologer, former dancer, and promoter of women’s wrestling.

10. Stallone’s father was born in Gioia del Colle, Apulia, Italy and immigrated to the United States in the 1930s.

11. His mother is of half French and half Ukrainian Jewish descent. 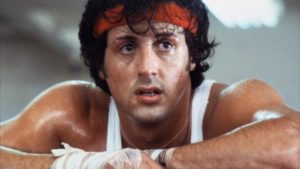 12. His younger brother is actor and musician Frank Stallone.

13. Complications his mother suffered during labor forced her obstetricians to use two pairs of forceps during his birth; misuse of these accidentally severed a nerve and caused paralysis in parts of Stallone’s face.

14. His father moved the family to Washington, D.C. in the early 1950s, where he opened a beauty school.

15. His mother opened a women’s gymnasium called Barbella’s in 1954.

18. He was part owner of the Planet Hollywood restaurant chain with Bruce Willis and Arnold Schwarzenegger. 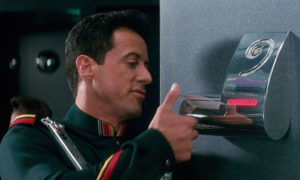 19. He sued writer Peter “Taki” Theodoracopulos and the British magazine “The Spectator” in 1991 for suggesting he acted in a cowardly and hypocritical way when he, “ducked the Vietnam War.” He won the case.

20. At 15, his classmates voted him the one, “most likely to end up in the electric chair.”

22. His Miami 24,000 square foot villa and its three guest houses sold after two years on the market for $24 million.

23. He dislikes his first name, and is usually referred to as “Sly.”

24. Stallone was sued by model Margie Carr, who contends that he tried to force her to have physical relations with him in 2000 at a Santa Monica Gym.

25. On February 14, 2002, Stallone sued his former business manager, Kenneth Starr, for giving him bad business advice. He claimed $17 million in damages. Part of the advice was for him to hold onto his shares in Planet Hollywood, the now bankrupt restaurant chain, despite it already being in a financial bind. 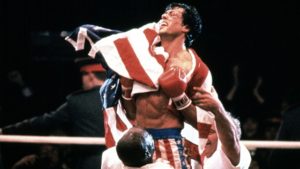 26. He created and produced a television series pilot called “Father Lefty,” with star Danny Nucci as an offbeat Miami priest. The pilot aired on CBS in 2002, but wasn’t picked up as a series.

27. He entered into the house of Big Brother VIP 2 for a few minutes as a special guest. He was in Mexico, at the time, promoting Spy Kids 3: Game Over and was invited to participate.

28. He turned down the role of John McClane in Die Hard. The Part went to Bruce Willis instead.

29. As of 2004, Stallone is the all time Razzie Award champion, with a record 30 nominations and 10 “wins,” more than any other person in history.

30. His mother, Jackie Stallone, was a fan of Tyrone Power and had originally named him Tyrone Stallone, but when she got the birth certificate, it had been changed by Stallone’s father, Frank Stallone, to Sylvester Gardenzio Stallone.